One of the most-watched series in 2016, Stranger Things propelled itself into the realm of cult horror that first inspired creators Ross and Matt Duffer.  Anticipation for the second season has been high, and now fans are finally one week away from finding out exactly what happened to Will when he got trapped in the Upside Down. But what else can we look forward to this season?

1. New characters
Fans will meet two new main characters this series: Max and Billy played by Sadie Sink and Dacre Montgomery. Whilst Montgomery’s role has so far been kept secret (we don’t know yet who his character will be, but it is rumoured he will be Max’s older brother), we do know that Max will be integral to the plot of the new series. Speaking to People magazine, Finn Wolfhard who plays Mike, describes Max as a “skater punk girl”. Finn also hints that romance is in the works for more than one of the Stranger Things kids: “Dustin and Lucas end up kind of falling in love with her […] I’m not really happy with it.”
The first episode of the new series is titled Madmax which hints that Sadie Sink’s character will definitely be one to watch out for. 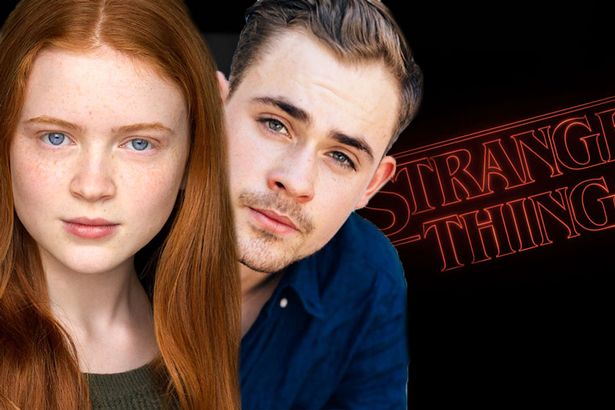 2. A brand new soundtrack
Arguably one of the best parts of Stranger Things is the music. Eerie, suspense building compositions from Stein and Dixon helped to create some of the most memorable moments from the first series and we can expect even more from the new soundtrack titled ‘Soldiers’. The soundtrack was digitally released today and in a statement, the pair suggested that they would be “introducing new styles of composition, while still revisiting old themes when appropriate”.
The track listing also includes some hints as to what kind of scenes we’ll be seeing in season two such as  track 3 Eulogy, which serves as an ominous suggestion that someone in the cast isn’t going to make it to episode two.

3. Finally, some answers
The end of season one left critics and fans alike with tons of questions: What really is the Upside Down? Will we see Barb again? Is Will still connected to the other dimension?
Producers have hinted that we will definitely be finding out more about the Upside Down as the final trailer released on Friday 13th showed us glimpses of more portals, an even bigger monster and even more supernatural goings on. Unfortunately, it looks like we won’t be seeing the lovely Barb or finding out what happened to her anytime soon. When the cast of the show appeared at Comic Con this year, David Harbour who plays Chief Hopper told fans that “Barb is very much dead.” However, he did go on to say that the show will “deal with some of the internet rage over Barb’s death” and so it looks like there may be #JusticeForBarb yet.

4. Bigger and better
Twin creators Matt and Ross Duffer hinted that this season will be even better than it’s predecessor. In an interview with Vulture, the pair confirmed that this series was definitely a continuation of the last. Ross stated: “‘I told Matt, ‘I don’t want to call it season two, I just want it to feel like a movie sequel. If you have a successful movie, number two is always a little bigger.”

5. This isn’t the last time we’ll be visiting Hawkins, Indiana
The Duffer brothers also confirmed that we can expect at least another one or two series. “We’re thinking it will be a four-season thing and then out.” said Ross. When asked what is in store for the pre-teens in future series he joked: “They’ve got to get the f*ck out of this town […] It’s ridiculous”.

Stranger Things series two premiers on Netflix on the 27th October.
You can listen to the new soundtrack here