The rail industry has announced that Britain’s rail fares will rise by an average of 3.1% on 2 January.

This will be the largest rise since January 2013, according to Office of Rail and Road’s data. 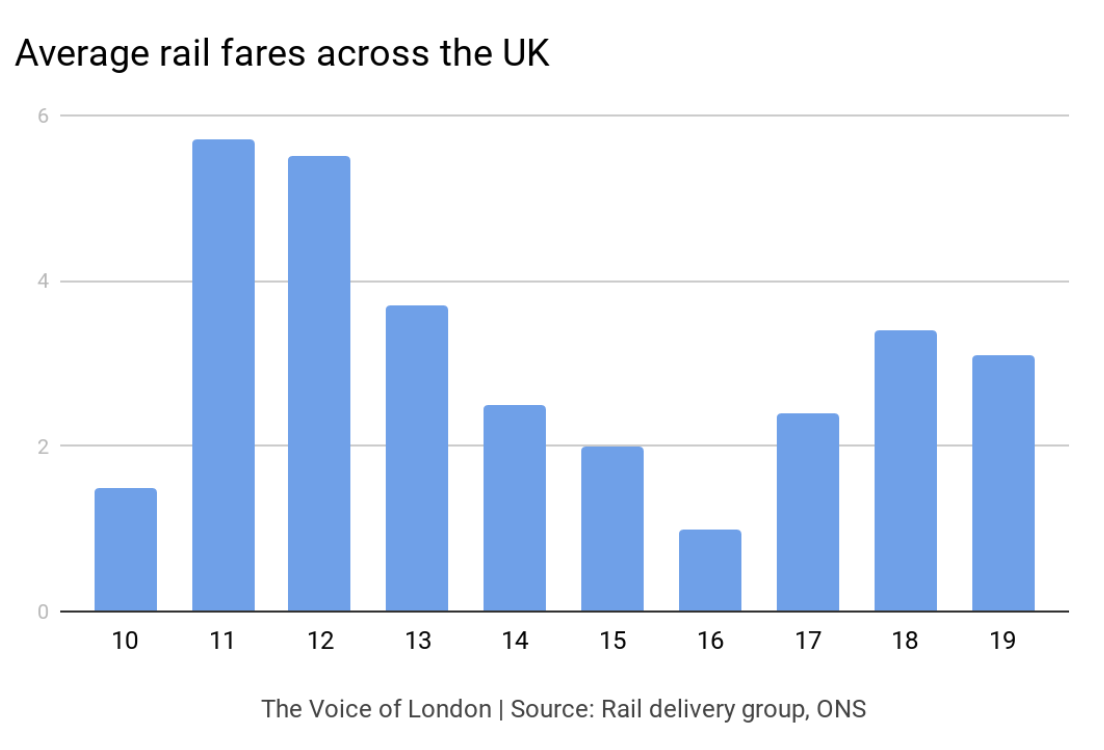 Paul Plummer, the Chief Executive of the industry body, the Rail Delivery Group (RDG), told ITV: “Nobody wants to pay more to travel, especially those who experienced significant disruption earlier this year.

“Money from fares is underpinning the improvements to the railway that passengers want and which ultimately help boost the wider economy.

“That means more seats, extra services and better connections right across the country.”

The Mayor London, Sadiq Khan, confirmed tube and bus fares will not rise in the next year.

JUST ANNOUNCED: We’re freezing @TfL fares for the third year in a row next year, saving millions of Londoners money on their daily journeys – and new weekly capping will help Oyster Card users save even more. https://t.co/h7yo0iYBUH

There have been calls for prices to be frozen following chaos caused by the implementation of new timetables in May.

Andy McDonald, the Shadow Transport Secretary, told BBC the increase showed “a government and rail industry out of touch with passenger concerns”, while Mick Cash, the RMT Union General Secretary, called it “another kick in the teeth for passengers on Britain’s rip-off privatised railways”.

This increase is a real slap in the face to long suffering rail passengers. Given the chaos on our railways since the last price hike, Chris Grayling should be delivering a fares freeze on those appalling services which should be funded by the train operators. https://t.co/Fd32TE6T8f

The Voice of London has reached out to the Minister of Transport but has not heard back.