Today, on 8th December 2020, marks 40 years since John Lennon’s tragic death. The whole world was thoroughly shocked when the true icon, former Beatle and a peace activist, was shot in New York City. That event marked a whole generation but is John Lennon still an impactful figure for people who were born after his death?

We asked young Londoners if they think John Lennon is still an influential person and these are the results: 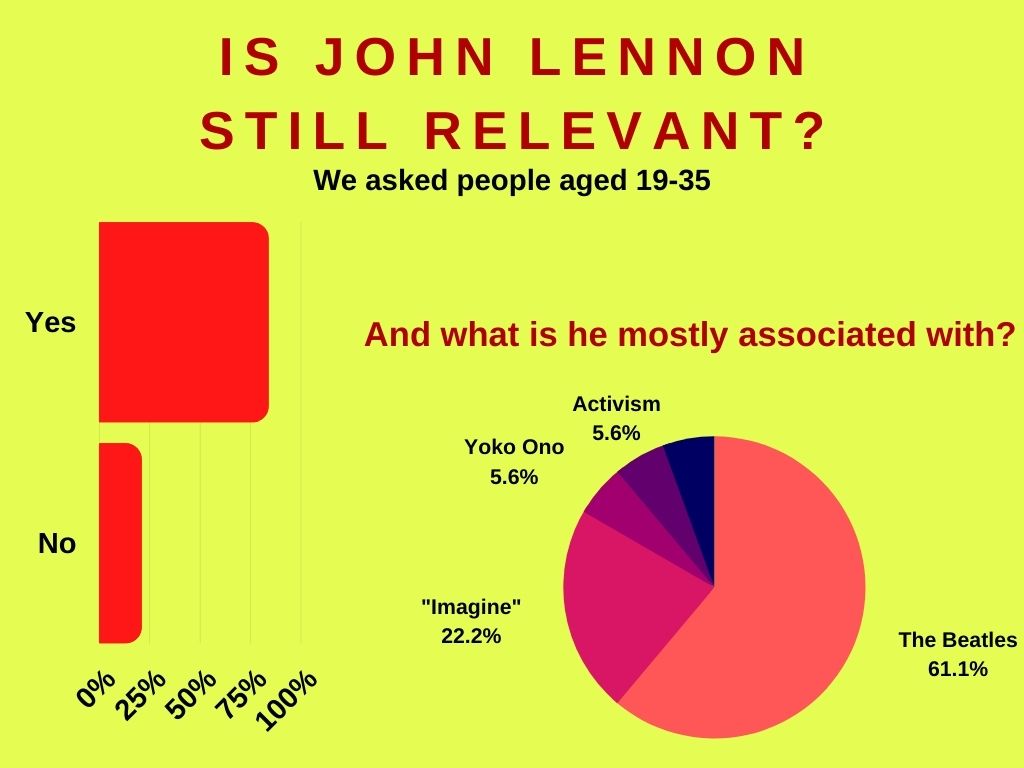 Chart by Karolina Pracht on Canva

Some of the survey takers know him only because of the song Imagine, some stated that he stopped being a part of the conversation a while ago and some mentioned his libel case: “Allegations of domestic abuse have dogged his image recently.”

However, most of the responses were positive, stating that John Lennon is still an icon or go as far as saying that “along with McCartney his writing is to music what Shakespeare is to the English language.”

No one can deny that the “Fab Four” changed popular music forever. Even if you’re not a fan you probably know the lyrics to a lot of The Beatles songs anyway. From radio to movie soundtracks their music is still present in the media circulation. 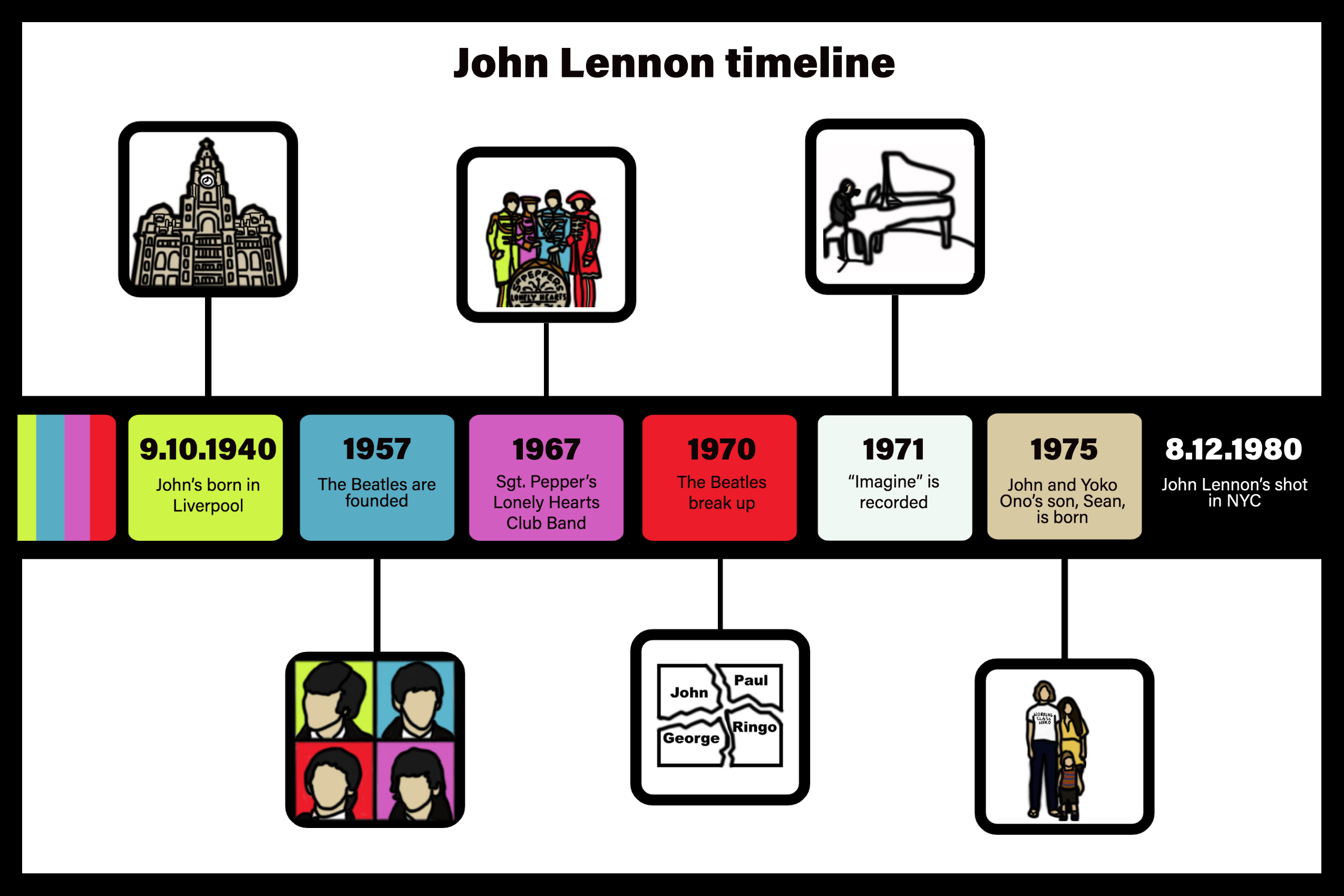 The Beatles Story, the band’s museum in Liverpool, welcomed 317,156 visitors during the 2019/20 season. Also according to Forbes’s article from 2019, “Spotify research shows that of the 1.7 billion streams, 18- to 24-year-olds account for more than 30% of Beatles listening to this year, the largest share among all demographics.”

And if you want to contribute to this years’ statistics and commemorate John Lennon by listening to his solo-tracks or co-written Beatles hits, we got you covered:

Playlist by Karolina Pracht on Spotify

The Beatles were a huge part of Lennon’s career, but he proved he’s fine on his own. A year after the band broke up, John Lennon composed Imagine, probably his most famous song and one the best ever written, at least according to The Rolling Stone magazine that gave it the 3rd place on their 500 greatest songs of all-time list.

It was composed in Tittenhurst Park, near London, and its now-iconic white interiors were used in the music video. Liverpool is obviously the city most associated with The Beatles, but England’s capital also played its part. You can go to Abbey Road and walk the zebra featured on the album’s cover, see where John and Yoko lived in 1968 or where the Beatles’ famous rooftop concert was (also known as their last public performance).

Besides The Beatles and Plastic Ono Band, John Lennon is also associated with social activism. As one of the most impactful artists of his generation, his continuous participation in peace protests had a great influence on the public. Some think that didn’t change. “His attitude towards activism,” says one of the survey takers, “social problems, government’s oppression is more actual than ever.”

Today hardly a day goes by without news about a peaceful protest or a march going on. Celebrities supporting certain causes are also an important part of that, as they grant more media coverage.

Like many other artists, John Lennon spoke out against the Vietnam War. He and Yoko Ono by the end of March in 1969, shortly after they got married, did a “Bed-In” protest that was a completely non-violent appeal for peace. Later that year they recorded Give Peace a Chance which, with footage of the “Bed-Ins”, was published by Yoko Ono on her Youtube channel.

John Lennon, together with his wife, continued to advocate for peace for the rest of his life, until his untimely death in 1980. 40 years later, he may not be as influential as he used to be, but he’s still quite a relevant figure. Whether as a Beatle, solo artist, or peace activist, John Lennon is constantly present in the cultural consciousness, and despite being gone for so long, a big part of the younger generation still listens to his music.