A recap of five of the most famous food trends on social media throughout 2016.

Another year is dawning and with it all the Internet trends established throughout it. These days something new and original hide around almost every corner. With more than thousands of views a few seconds video showing a man putting melted cheese on top of pasta can make the Internet go crazy about it within few days. Take a look at my top 5 most famous internet food sensations throughout 2016.

You have probably seen some videos circulating on Instagram of giant fluffy breads being sliced very precisely by a chef.  Well these sponge fellows are especially popular in Japan for decades. However before they came one of the country’s favorite desserts, the Kasutera sponge cake was first brought to Japan from Portugal, known as Pão de Cstela (bread from Castile).  It is made from flour, eggs, sugar, starch syrup and sometimes honey. This cake is love by many because of its finest texture, moist, and lightness. There are many variations now but the most traditional one should have brown crust on top and bottom and soft yellow middle baked in a wooden frame to create a smooth texture. Below you can see a video of how to make a Castella cake at home. 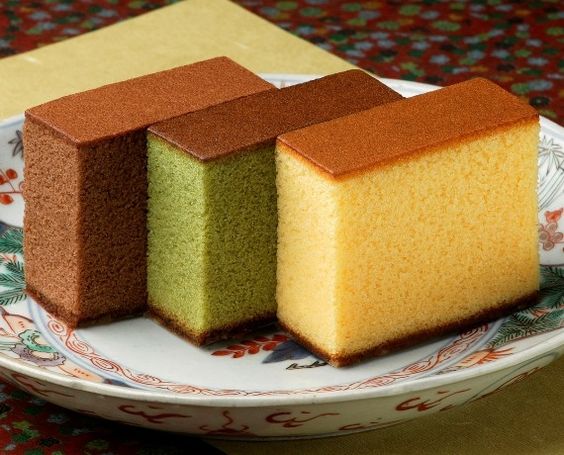 Speaking of cakes the next suggestion comes from a Russian confectioner Olga Noskova who once developed an interest in European mousse cakes is now showing off her skill on social media. She is using a mirror glaze to create not just cakes but master pieces. Her desserts are not only beautiful on the outside because she seeks for perfection in every single detail. When sliced the inside of the cake is often made of two layers of perfect geometrical shapes. One can really see a true devotion on the behalf of Olga. There is no wonder why thousands of people are admiring and even trying to recreate her stylish and artful cakes. 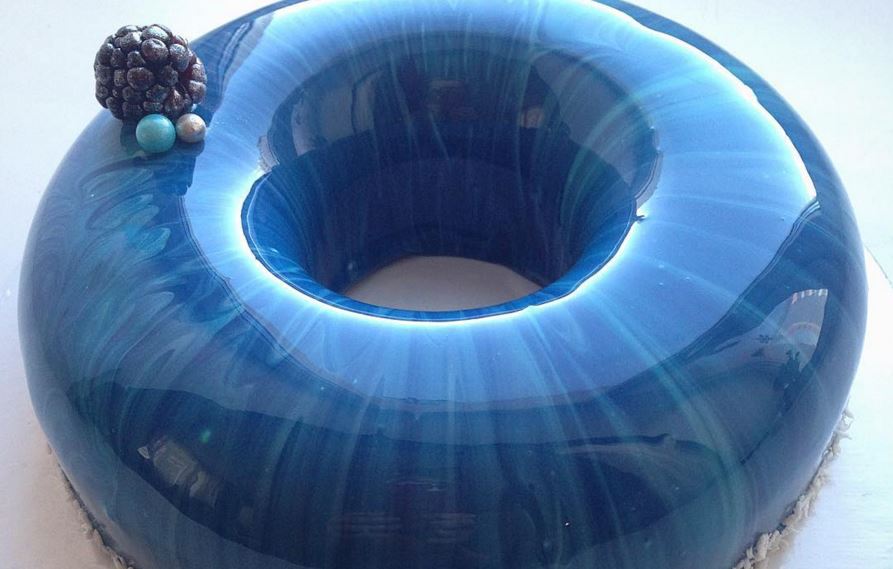 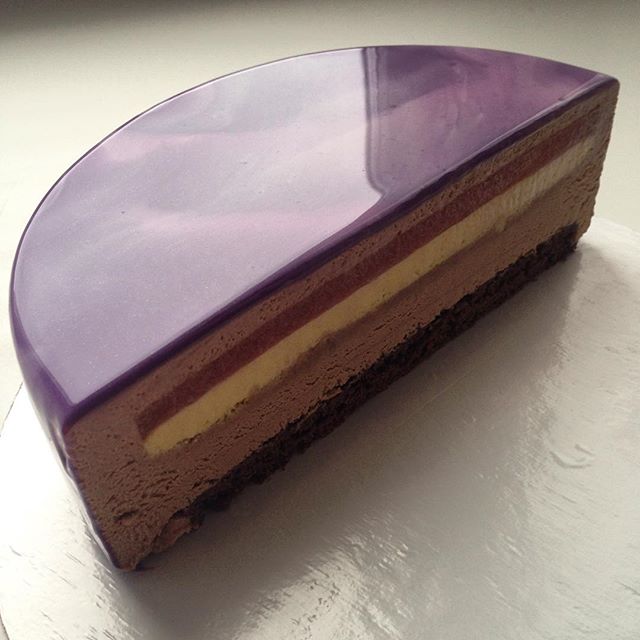 This year the Internet seems to be all about the cakes. The third popular for 2016 is the mizu shingen mochi or the raindrop cake. It also originates from Japan and although it resembles a breast implant…. it is actually a dessert. Although it is well known in Japan it was only introduced in America earlier this year at Smorgasburg, in Brooklyn, New York. Because it is made only from water and agar (gelatinous substance that is extracted from seaweed) it makes this translucent blob-like cake calorie-free. Yes, it also does not have any taste this is why it is served with kinako (roasted soybean flour) and kuromitsu (sugar syrup or black honey). This little cake quickly gained popularity among food lovers as became one of the top food trends in 2016. 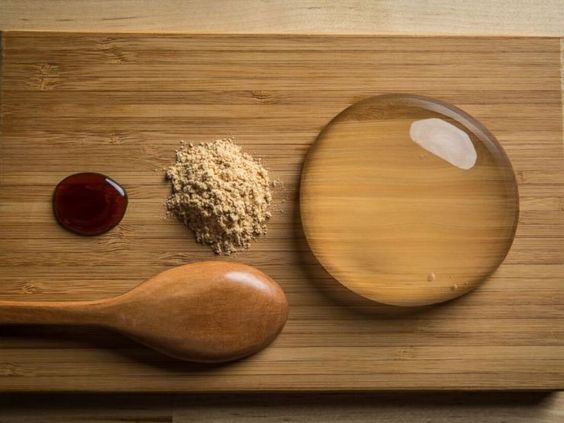 Frozen yogurt is so retro now being replaced by a new trend that became the most desirable desert in the hot summer days. Rolled up ice cream come originally from Asia where it is sold by street vendors. The process of making the small ice cream rolls is very simple and requires only a flavored milky base, a little paddle, ice-cold metal surface and of course a bit of experience. Right after the base is poured it starts thickening immediately. Then it has to be mixed and chopped several times until it becomes ready to be spread as a thin as possible on the surface. By carefully pushing the mixture forward it forms into little rolls that are then stuffed into a cup. At the end different toppings can be added to create a delicious and creamy dessert. 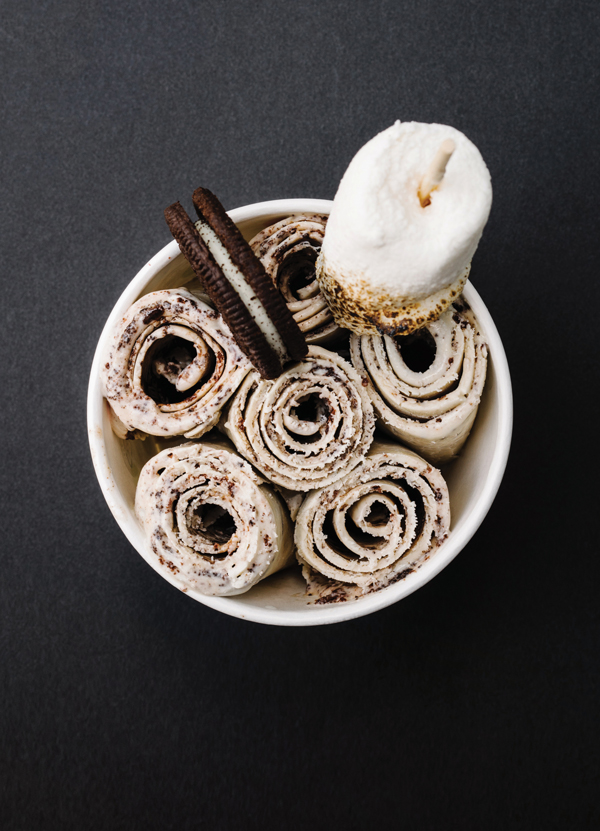 No more sweets I promise. The last thing on the list is something we craved at least once in our lives. Who doesn’t like a nice portion of melted cheese on top of their favorite pizza, pasta, or roasted potatoes?  The next trend comes from France and Switzerland, and represents two different types of cheese used mostly melted.  Raclette is a Swiss cow’s milk cheese that is melted and scraped over various dishes. Aligot  it’s his French slightly different alternative. The difference between the two most popular cheesy dishes is that the latter is rather a blend of cheese and mashed potatoes served as a side. However both took over the internet like a storm whether because of their taste or simply because of how satisfying it is to watch melted cheese being poured. 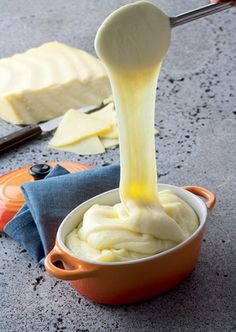 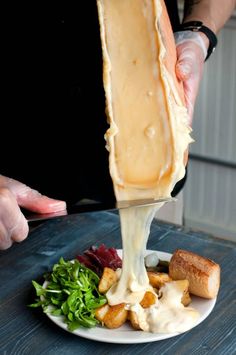 There you have the top 5 most sensational foods on social media for 2016. It is fascinating how most of most these foods have been known for years in their countries of origin but only came to the world this year because of social media. I wonder what would be next year’s trend that will make us salivate only by looking at pictures or videos of them.