This weekend saw the final four teams battle it out for place in next week’s final in Yokohama, kicking off with England against New Zealand.

The Red Roses got an early lead with a try from Manu Tuilagi, and lead by 10-0 at the end of the first half.

Tries from Sam Underhill and Ben Youngs were ruled out by video referee, before Ardie Savea scored one for the All Blacks in the second half. But it wasn’t enough to catch the on-form England side, who showed they are worthy of their world number one ranking by making four penalties, all scored by George Ford, and a conversion from Owen Farrell.

The final score of 19-7 in favour of the Red Roses is one of the best performances by the team, and secured them a place in the final.

England were runners-up in 2007, where they lost to South Africa, and lifted the trophy in 2003. Having not even reached the semi-finals in 12 years, their win against New Zealand became all the more special.

Twitter was filled with congratulations messages for the team, including one from Prime Minister Boris Johnson:

Immense effort by @EnglandRugby, many congratulations to the whole team. Now for the final! #ENGvNZL #RWC19 pic.twitter.com/7qbTsnHl11

Thank you @AllBlacks for an incredible match 👊 pic.twitter.com/J1nOSzfZfQ

Thanks to all the fans for their support today. We will give it our all in the bronze medal match. #BACKBLACK pic.twitter.com/BvC3MKn5QK

Heroic Performance from @EnglandRugby… Time to Rest Up & Get already for @rugbyworldcup Final next weekend!!!! #RWC2019 https://t.co/9NT533hsle

VoL spoke to Londoners about England’s chances of beating South Africa next weekend.

One Londoner said: “I’m intrigued to see how it goes, I’m not too familiar with how good the South African team are, but I’d like to think we have a good chance. If they managed to beat the All Blacks then they have a very strong chance of winning.”

Another said: “I’d like to think we can win against [South Africa] but at the moment anything can happen, so I’ll keep my fingers crossed and hopefully we can win again for the first time since 2003.”

After the Red Roses’ success on Saturday, the stakes were high for the second semi-final between Wales and South Africa.

The Springboks were the first to get points on board with a penalty by Handre Pollard, but it didn’t take long for Wales to catch up with a successful penalty of their own.

The first 40 minutes ended 9-6 after Pollard made another two penalties, but Wales equalised early in the second half.

Damien de Allende then powered through to make the first try of the match, putting South Africa 10 points ahead, but Wales again fought back with a try from Josh Adams that levelled the score once more.

But despite Wales’ best efforts to fight through the South African team, a penalty in the 76th minute by Pollard secured the Springboks a place in the final 19-16.

Absolutely gutted for the lads but they give it their all I can promise you! 🥺 🏴󠁧󠁢󠁷󠁬󠁳󠁿🇿🇦

A number of our players will be involved so Saracens will have a #RWC2019 winner! ⚫️🔴

You can watch the World Cup final at Allianz Park ahead of our match against London Irish 👇 https://t.co/TdtKvyngJg

Wales will play their third place match against New Zealand on Friday, while England and South Africa will fight it out in the final next Saturday. 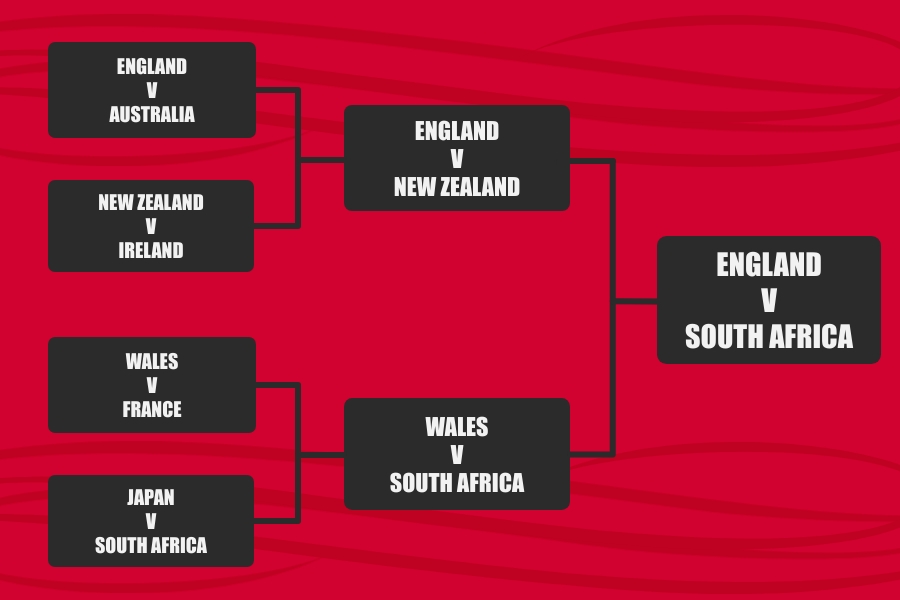