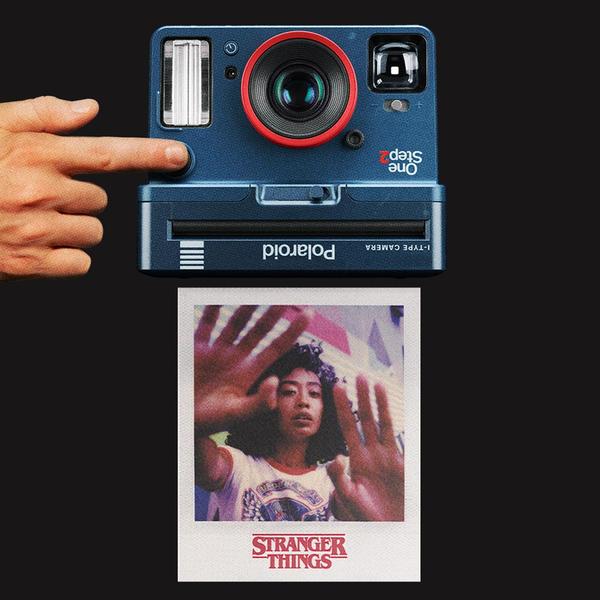 This summer the widely anticipated third season of American sci-fi TV series, Stranger Things, lands on Netflix. To mark the occasion, Polaroid Originals have joined forces with the master-series to create a new analogue instant camera and special edition film that will turn your world Upside Down.

Available in stores and online from the 6th May 2019, fans can now brave the Stranger Things al-
ternative dimension. Transformed into the TV shows red and blue colours, the special edition camera sees the classic Polaroid design flipped Upside Down and invites you to experiment with
supernatural perspectives and create adventurous compositions in Instant film.
The new Polaroid Originals OneStep 2: Stranger Things Edition offers the perfect reminder to
capture those one-off moments, turning memories into something you can hold, something to
share with your friends, something real, no matter which way up your world is.

Polaroid Originals is also releasing collectable special edition film, perfect for super fans to cap-
ture their stranger moments. As a further ode to the Stranger Things universe, each pack of 8 will include 16 graphic design prints, which will transport you back to the summer of 1985 in Haw-
kins, discovering Scoops Ahoy at the town’s new Starcourt Mall and back to the flashing lights of Joyce Byer’s living room.

Stranger Things is renowned for re-imagining the early 80s, and is infused with popular culture
from the period, from walkie-talkies and Fabergé Organic big hair to Dungeons and Dragons.
Retro Polaroid cameras pop up throughout the series, capturing moments from the Hawkins
Middle School’s Snow Ball to the gang’s iconic Ghostbuster Halloween costumes.

After all what would the 80s be without a Polaroid snap?

The new camera is optimised for today with a fixed-focus lens, a powerful built-in flash, easy USB charging and a self-timer. The battery lasts up to 60 days, and the high-quality lens guarantees a sharp image from as close as 2 feet to infinity – perfect for selfies. The camera works with a new generation of Polaroid Originals i-Type and 600 instant films.

Season Three, which premiered July 4th,  will see the story continue in Hawkins in the summer of 1985 where things are heating up. But it’s not just the sun, fireworks or summer romances – there’s something below the surface for the teenage group that feels different than before – very different.