“I just decided about 6 years ago now, I was in the bath and had just finished reading a book. I thought it was rubbish, so I said to my husband, you know what I’m just going to write my own.”

Faye Clark, a 45-year-old mum of three from Essex, spent the last 6 years writing what she describes as “a love story with a twist.”

From her home in Maylandsea, Faye speaks with such enthusiasm and excitement that it is easy to see how much she really cares about her writing. Claiming that she “speaks as much as she writes”, she tells me how her first book was over 200,000 words long as we start chatting about clothes, food and family before the interview even starts.

Harper’s Fate, the first of the three books, is a story based around average girl, Kate, who finds herself getting caught up in the excitement of her new boss and admirer, Luke Sutton. With the story taking a lot of twists and turns and even a trip to Russia, it’s one not to miss bingeing out on with a cup of tea on a winter Sunday afternoon.

“I’ve always said its Cinderella meets James Bond and that will always stick in my head. Who doesn’t want to be shacked up with James Bond saving you and owning nice shoes?”

“It’s definitely not what you think it’s going to be, it’s not your everyday love story and so many people have said it’s not what they expected and that it is so much more.”

But, with mainstream shopping websites such as Amazon almost monopolising the literacy industry, Clark goes on to explain how hard it really is to get her work noticed.

“It’s not like I’m supplying clothes, I’m trying to get people to read a book and people sometimes just don’t have time to do this.”

She sighs making it clear the process of getting people to read her book is frustrating.

“I tried to get an agent but kept getting refused. It’s totally subjective, it depends what mood they’re in or whether the manuscript lands in the right hands at the right time. I’m convinced literacy agents don’t exist anymore.”

“I decided to look into self-publishing and that’s how it really snowballed. But, with self-publishing, there is a cost attached to it and I actually haven’t made a single penny. I’ve actually lost money making it, Amazon take 60% of your profit and the publishing company take 15% because they hold your books for you.”

Clark explains that she could sell her books directly through her own website and earn 100% of the profit but doesn’t do this because she knows how big Amazon is as a company, and how people are so loyal to it and its convenience.

“I had to up the cost of my second book just for the Amazon side of it. In the end, I was losing money with every sale on Amazon, but you’ve got to speculate to accumulate. If I sold all the books I have printed, and something came of it, the money I’ve already spent would essentially be like advertising and that’s how I look at it.”

“If you were to open a store, you need to have stock, I’m just hoping someone picks it up and thinks, ok this is good.”

Faye uses social media as her main advertising platform, focusing on her Instagram and Facebook pages. Her Instagram is lit up with aesthetical images of her books, home and family. She creates short montages and graphics to advertise her story in the light she wants it to be seen and likes to share achievements and progress on her work. 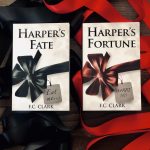 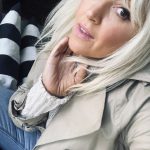 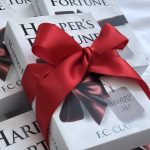 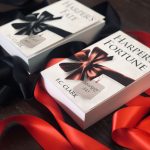 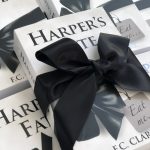 “My books are mostly sold through social media which is an amazing platform. But I guess my biggest selling platform is word of mouth. A couple of months ago a woman contacted me asking when the third book was out and it turns out she was from California, I just thought ‘wow that’s bizarre, she must have downloaded the book.’”

“I’ve been really lucky with the feedback and it is weird when strangers contact you because you think, with your friends, no-one’s going to tell you if you have an ugly baby are they, which is true they don’t want to hurt your feelings. So, when it’s a stranger contacting you it’s such a buzz and that’s really nice.”

“I said to my editor that I don’t think I would have been able to do it without her; I didn’t know publishing was such a minefield.”

“She was very strict with me. I do like detail, but I don’t want to write about someone walking up the street. I was told ‘don’t write the bits people always skip’”.

“The story just evolved; I don’t even know where it came from. I didn’t base it on anything I know, but maybe subconsciously I did. Mr Jones, the owner of the tailors reminds me of my grandad and my mum always says it reminds her of him, a real gent with an old soul.”

“It was a little overwhelming when the books first arrived. I was with the kids and they said, ‘Oh my God, I can’t believe you’ve actually done that, you’ve written all of that.’ But it’s just like a big birthday card isn’t it.”

“I started crying when I sent the last one off, it was like an end of an era. When they go off, they’re out of your hands and you can’t tweak them anymore. They are a big part of my life.”

Faye is currently working on a new story and is thinking about creating a spin from her trilogy involving the main character Kate and her sister.