Subject of the magazine’s July 1985 cover convicted for having false ID papers. 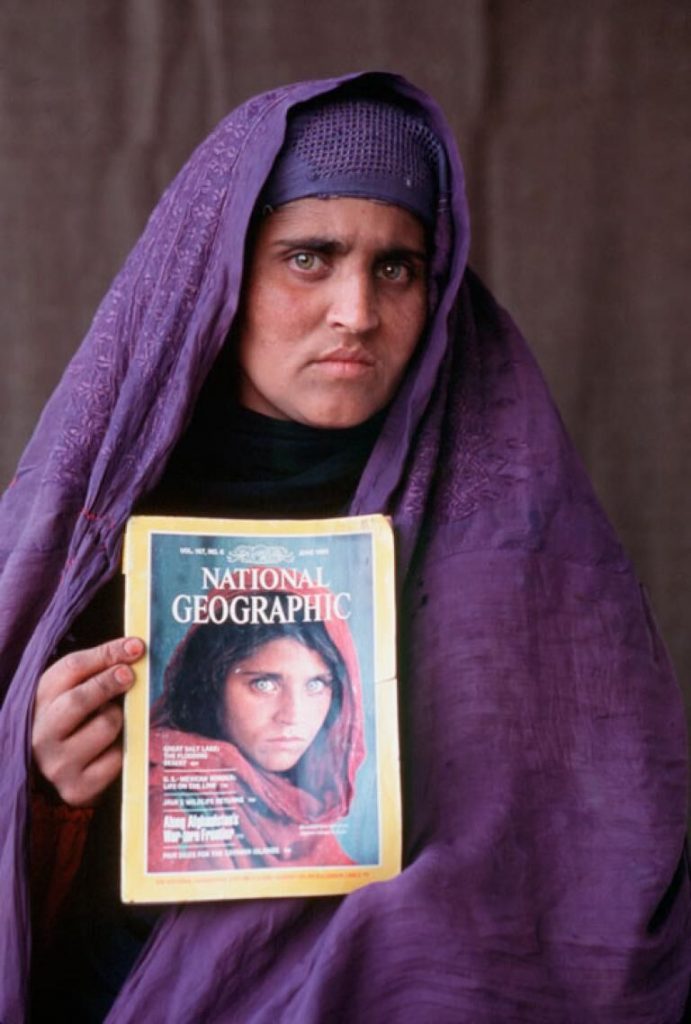 Steve McCurry photographed Sharbut Gula in a Pakistani refugee camp in 1985, and her portrait went on to become one of the most iconic photographs of the 20th century I (National Geographic)

Sharbut Gula, the “Afghan girl with green eyes”, has been deported to Afghanistan after a court in Peshawar, northern Pakistan ruled she was in the country illegally. After being treated for hepatitis C in hospital, she was handed over to Afghan authorities at the border along with her children.

A senior security official in Pakistan told Reuters: “We took Sharbat Gula from the hospital in a convoy and delivered her to the Afghan border authorities at Torkham.”

Gula met with Afghan president Ashraf Ghani in Kabul, whose spokesperson later confirmed the government had provided housing for her and her family.

Officials raided Gula’s home late last month, after a photo from her computerised national identity card was published. After pleading guilty to all charges, she served a 15-day prison sentence and was ordered to pay 110,000 rupees (£871).

“By sending her back to a country she hasn’t seen in a generation, her plight has become emblematic of Pakistan’s cruel treatment of Afghan refugees.”

Deteriorating relations between Pakistan and Afghanistan has seen thousands of refugees deported from the country in recent months. Pakistan’s National Database Registration Authority (NADRA) estimates that over 60,000 identity cards have been illegally obtained by foreign nationals since the country’s war with the Soviet Union in the 1980s.

Gula’s haunting portrait, taken by photographer Steve McCurry in 1985, went on to become one of the most recognisable magazine covers ever.

After she was detained, McCurry blasted Pakistani authorities on Instagram, calling her arrest “an egregious violation of her human rights.”

The photographer provided financial and legal support to Gula and her family before her deportation, hiring a human rights lawyer in a bid to secure her release.