Black women are five times more likely to die in childbirth and the NHS have “no target” to end it.

According to the House of Commons’ report on ‘Black people, racism and human rights’, the death rate for Black women in childbirth is five times higher than their white counterparts, and the number is increasing yearly.

Professor Jacqueline Dunkley-Bent, the Chief Midwifery Officer, told the House of Commons: “I am still not confident that we know why there is an inequality in health outcomes between a Black woman and a White woman. We have plausible explanations and the evidence on comorbidities is compelling, but there is something more.” 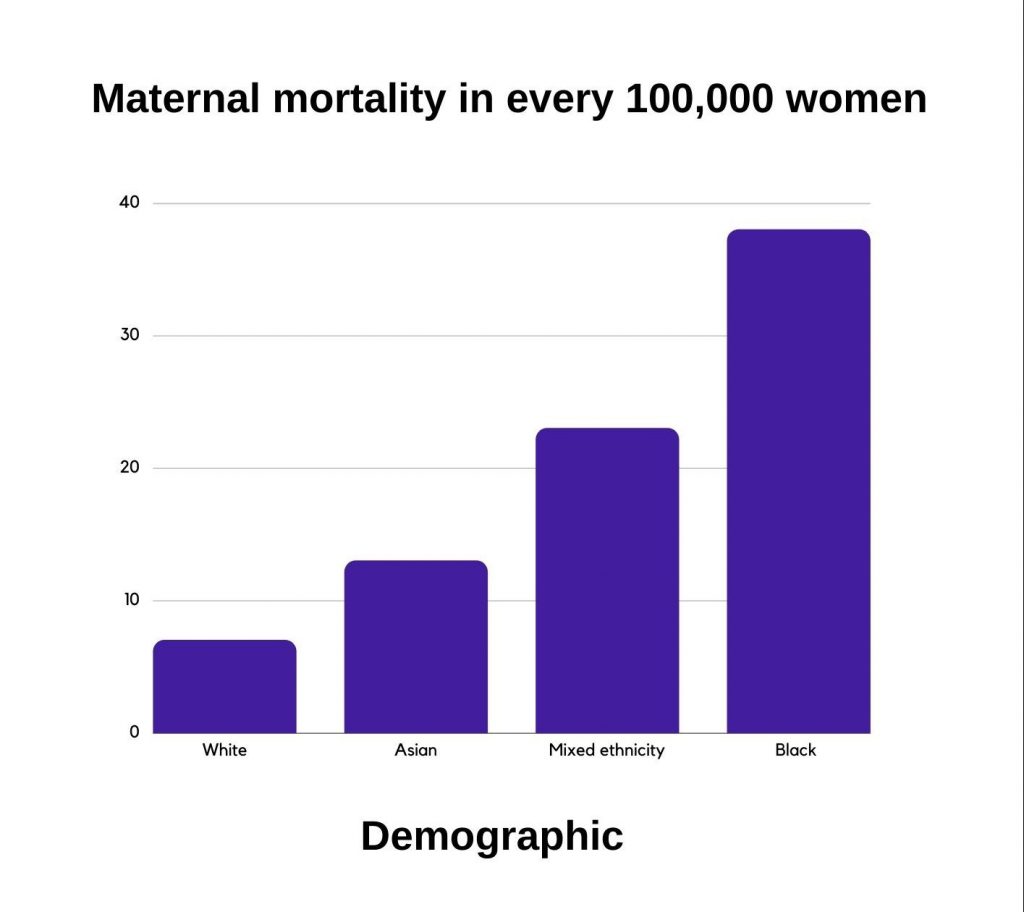 But what is the reason for this disparity?

While the exact reason for this difference remains unclear, AIMS (Association for Improvements in Maternity Services), argues that the disparity between Black and White women, could be evidence of racism, and an article in the British Medical Journal argued that institutional racism is a factor.

Dr Christine Ekechi, a consultant obstetrician and gynaecologist at Imperial College London said: “People think of racism in an overt and aggressive way. But that’s not always what it is. It’s about biased assumptions – and we doctors have the same biases as anyone else.”

The NHS Long Term Plan, published in 2019, was a commitment made to ensure that by 2024, “three-quarters of pregnant women from Black, Asian and ethnic minorities will receive care from the same midwife before, during and after they give birth,” states the report.

Whilst the NHS acknowledges this disparity, it has no target to end it. The report concluded that the Government “must introduce a target to end the disparity in maternal mortality between Black women and White women.”