New reports show that net immigration has been falling since the Brexit vote in June last year. Yet, a great deal of immigrants remains in the UK without documentation. Voice of London investigated what goes on in their ‘secret’ lives.

New official figures released by the ONS last week pointed to diminishing net immigration from the EU countries, represented by a drop of more than 100,000 throughout this year. Circumstances such as Brexit have been causing uncertainty for EU nationals residing in Britain and making those intending to come over here, think twice about their decision.

“Disappointingly, today’s ONS figures show that the UK is facing a lose-lose situation of fewer EU migrants coming here as well as EU citizens leaving since last year’s vote to leave the European Union,” said Seamus Nevin, head of research for the Institute of Directors to the Financial Times.

Immigration is one of the hottest topics in the UK’s government and news agenda. Whilst it might not be clear how the future will look like for European citizens after Brexit, there is an even darker picture for a different migrant group: the ones who are here unlawfully.

In reality, there’s only so much within Home Office’s reach to solve the issue for the undocumented migrants who are already here.

David Wood said there are “enormous difficulties” in removing overseas nationals who are in the country unlawfully: https://t.co/xLdCbZpeiG

Indeed, part of the difficulty in tracking this group of immigrants is that many of them arrived in Britain via perfectly legal ways. They are the ones who overstayed their visas or did not take a plane back to their countries when they were supposed to.

There aren’t recent estimates on how many unregistered immigrants reside in Britain at the moment. One of the latest studies on this came from the London School of Economics and Political Science in 2007, which reported an approximate number of half a million.

Immigrants come to London for the most diverse reasons. But, in a vast majority of cases, immigration is motivated by the opportunities and liberties Londoners can enjoy.

Staying in a country without a document is hardly anyone’s dream. In most cases, things happen to turn out this way. By listening to their story, we might realise they are just like you and me, with dreams and aspirations not too different from our own.

Truth is that an undocumented immigrant can look like anyone. And by listening to their story, we might realise they are just like you and me, with dreams and aspirations not too different from our own.

I spent a couple days with G., a thirty-something woman from Brazil who’s been in the UK for seven years. Voice of London has protected G.’s identity as she is fearful of consequences due to her delicate situation. She had lived in Portugal for, where she had a residence permit. She came to the UK for the first time to spend a weekend.

“I loved this place since the very first moment”, she confines to me, “it is so lively, so full of diversity and I instantly imagined how life on London would be like for someone like me.”

G. is gay, but no one from her small town family in Southeast Brazil knows. She only came out when she moved to Europe. 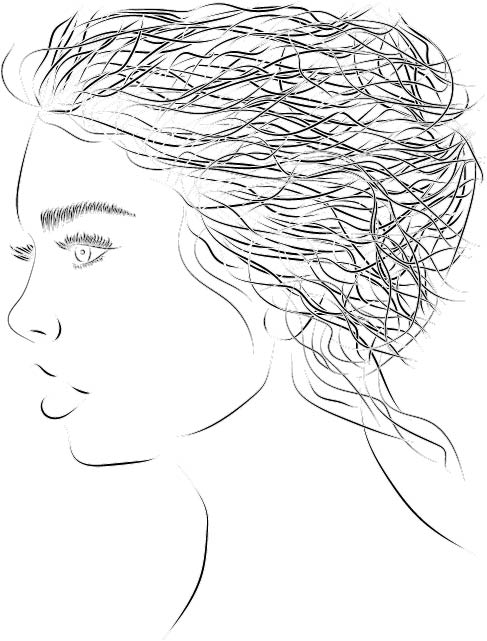 She left her town over ten years ago to embark on the self-discovery journey many of us do when deciding to leave our home countries. G. left an office job and the stressful life that comes with it to have some fun in the streets of Lisbon.

Seven years ago, through common friends, G.met F., another Brazilian girl with a similar past. They got along and well… they fell in love. F. lived in England for many years and was in the process of getting her permanent residence. A life in London, the city that perspired diversity and open-mindedness, seemed the perfect idea to G.

G. left things in Lisbon and entered the UK with her Portuguese residence. G. and F. were planning to get married and put all immigration and legal issues in order. But a change of heart from F.’s part changed everything.

F. went back to Brazil for unforeseen personal reasons and G. stayed in London, with an expired visa.

Most of G’s life in on hold. Her career as an accountant hasn’t evolved since she arrived in London. She has been working for years as a nanny for a Southern American family. Yet, she’s happy here and does not want to go back home. “I can be myself here and not be judged because of it.”

The future looks pretty uncertain for G. Every day she has to confront herself with questions on which step to take next.

What to do if you’re one of them

“Normally migrants who are not lawfully resident in the UK and wish to return to their home country are able to contact social services to arrange for their return. Sometimes there are also charities that provide assistance” says legal adviser Jack Kirby to the Voice of London. According to Kirby, in most cases, there is no further support available beyond the purchase of an airline ticket.

“Another option would be for someone to contact their home country’s embassy to sort out their situation,” says Kirby.

It is common that embassy’s support their nationals in Britain with a service called ‘voluntary return’.

The outcome of requests varies from case to case. If you or a dear one is in a similar position, it is advised to seek a lawyer and your home country authority in the UK for further support.