The patriotic song written in 1740 includes the Lyrics:

“Britannia rules the waves. Britons never, never, never shall be a slave. The nations, not so blest as thee, must in their turn, to tyrants fall, while thou shalt flourish, shalt flourish great and free, the dread and envy of them all.”

After posting the lyrics on her Instagram story, with the caption: “I think we should not sing this song anymore” Allen’s post received over 700 angry comments from fans. One stated: “Shame on her and her inflated ego.” To which Allen mocked: “Thanks Wendy.”

Another enraged fan wrote: “You should respect the fallen who gave you the freedom to make a career. It’s a song going back hundreds of years, Britain shouldn’t be slaves nor should any country. It was created when Britain did rule the waves with the largest naval fleets.” 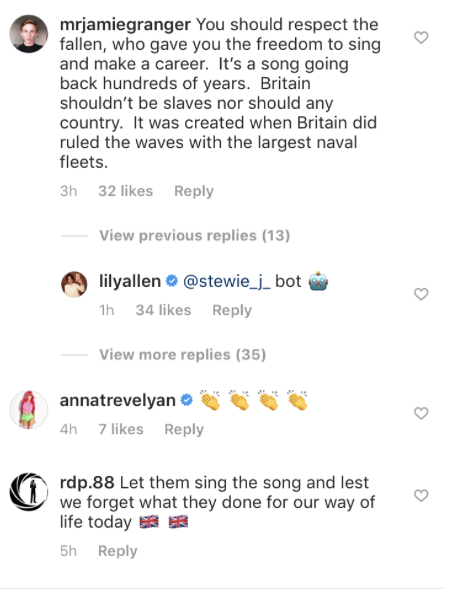 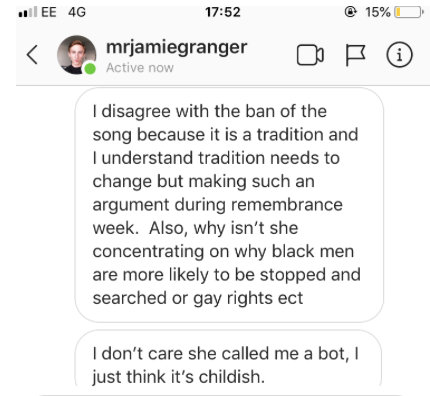 Despite the British Anthem sparking controversy over recent years and being dubbed ‘inappropriate’, ‘outdated’ and a ‘Ukip Rally’, many people still feel the song is traditional and that Allen should not have raised the point on remembrance Sunday. 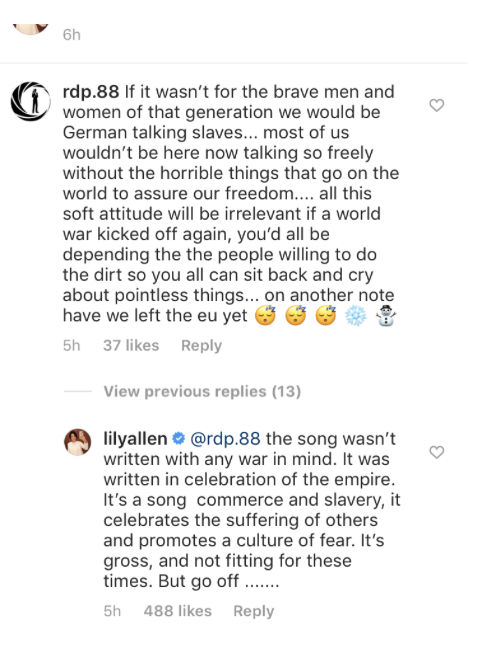 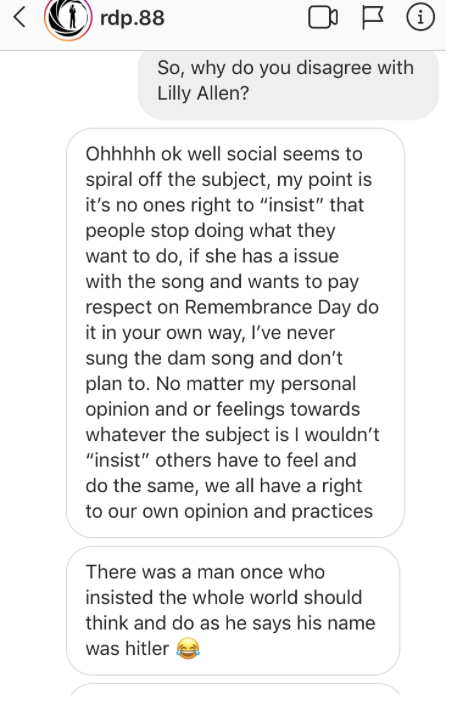