The band announced their break up in 2013 in a teary Good Morning America interview.

Sofia, 26, shared with Voice of London, ‘When they broke up in 2013, I literally felt the world around me just like stop.’

During the 6-year breakup, Nick, Joe and Kevin each had their own solo careers.

Nick launched a solo career, recording two albums after 2013. He appeared in the Hot 100 list eight times. His hit single, ‘Jealous’, climbed to Top 10. Other singles including ‘Chains’ and ‘Close’ rose to No. 13 and No. 14 on the charts. Nick married Indian actress Priyanka Chopra in December 2018.

Joe attempted a solo career but ultimately made his success as the frontman of the band DNCE. ‘Cake By the Ocean’ was their most successful singing, peaking at No. 9 on the charts. Joe married Game of Thrones star Sophie Turner in May 2019.

While fans were supportive of their solo projects, they weren’t as invested. Maggie, 24, admitted to Voice of London, ‘I’d followed and supported all of their individual careers but I was never connected to anything like I was when the three of them were together.’

The brothers shocked fans when they reunited in February 2019. The reunion sparked a sense of nostalgia in many of their original fans and introduced the band to a whole new generation of fans.

Sofia couldn’t quite describe the feeling of having her favourite band reunite, ‘picture the happiest feeling you could possibly imagine, and then multiply it with each and every new thing that they’ve given us this year. It just kept getting better.’

Lesly, 22, feels this is a second chance for the band, ‘I feel like so many people didn’t give them a chance because of their ‘Disney’ image, and now so many people are seeing what great musicians they have always been.’

They released their newest album, Happiness Begins, on 7th June 2019 with their record label, Republic Records.

This has been a monumental year for the brothers as their album hit #1 on the charts, with their first single Sucker going 2x Platinum and debuting at #1 on Billboard’s Hot 100. Their newest single Only Human entered the Top 5 on both the Top 40 and Hot AC radio airplay charts.

Similar to their new album, their new Christmas single sits well with fans.

As someone who isn’t usually a fan of original Christmas songs, Maggie loves ‘Like It’s Christmas’, ‘I really enjoy that their Christmas song stays true to their unique sound but with a holiday twist.’

The Jonas Brothers have recently been nominated for two American Music Awards.

The brothers are kicking off the second leg of their Happiness Begins tour on Tuesday 12th November 2019 in New Orleans – they’ve been touring since mid-August. 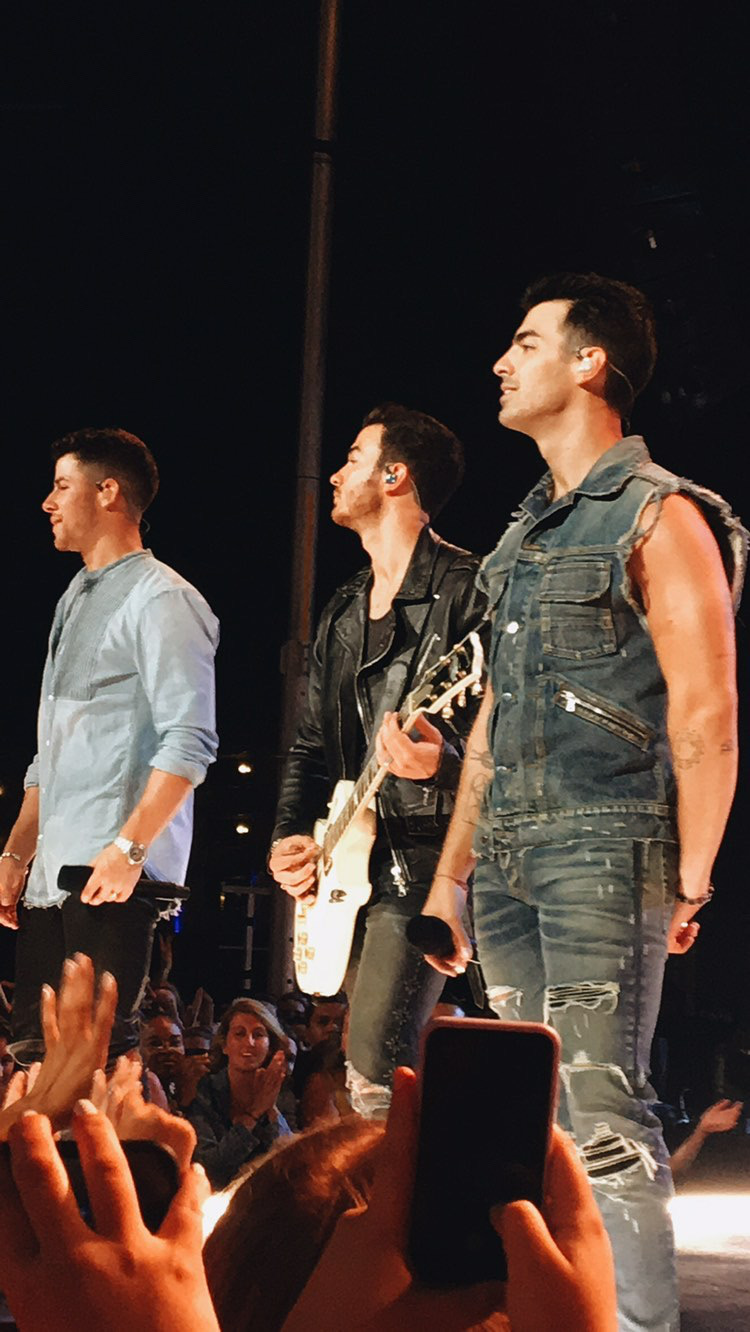 Can fans expect a new addition to the set list this holiday season? You’ll have to wait and see.

Happiness Begins tour dates have been set for the UK early in the new year.

VIP seats and meet and greet packages are available for purchase.