The potential effects of Brexit in the NHS are a major concern in Britain right now. Many speculate that the instability of the deadlock may discourage nurses, doctors and other specialised staff to come to work in the UK.

How many of the NHS staff are coming from overseas? 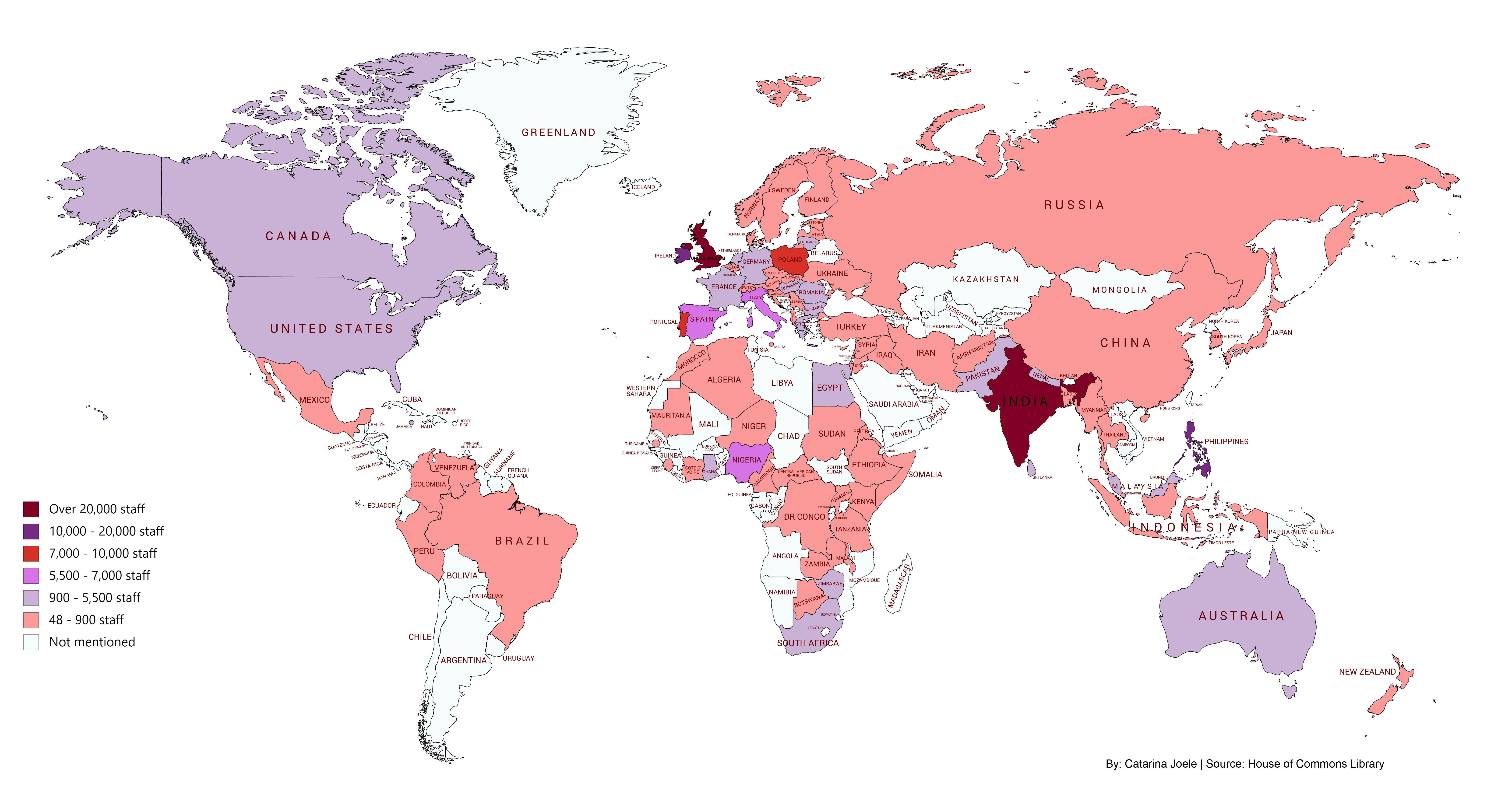 This graph was based on self-reported nationalities to the NHS in March this year. Some of the staff might not have reported their country of origin but rather their families’ or the nationality that they culturally relate to, which does not always match one’s country of birth.

The top 5 non-British nationalities are:

In total, 65,000 people working for the NHS are coming from EU countries. This corresponds to 5.5% of the workforce. However, if we consider London alone, this figure rises to 11%.

A BBC report shows that the NHS performance in the last decade has not been brilliant. The target for starting 92% of all medical treatments within 18 weeks has been missed and this percentage consistently dropping since 2016, the year of the Brexit Referendum.

The number of medical emergencies tackled within 4 hours has been suffering ups and downs in the last five years and the target of 95% has been missed almost every year from 2014.

In both cases, 2019 presents the lowest figures ever. The number of people in waiting lists, however, has risen from approximately 2.5m to 4.5m in eight years, according to the NHS.

Many hospital managers admitted that the lack of staff has been affecting the NHS and it may cause great damage to national health care. But does this have anything to do with Brexit?

What has changed since the Referendum? 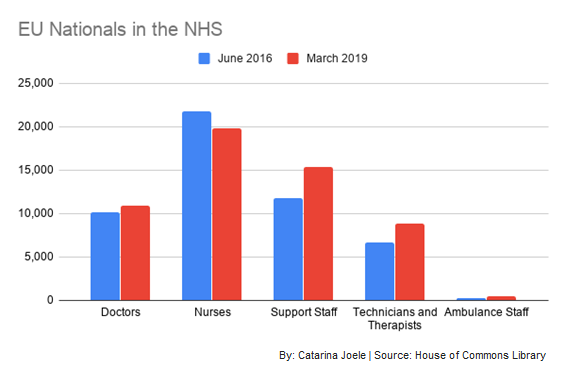 According to the NHS statistics, in June 2016 there were 89,546 staff members whose nationality was unknown. In the latest report, from March this year, this figure has been reduced to 63,842.

Such decline has to be considered when analysing the different nationalities of the NHS employees as some of the 25,704 who don’t fit in the category of unknown nationality anymore, could now fit into EU or all nationalities.

Another element to bear in mind when we look at the previous chart is the fact that the NHS workforce itself has increased within this 3-year period. 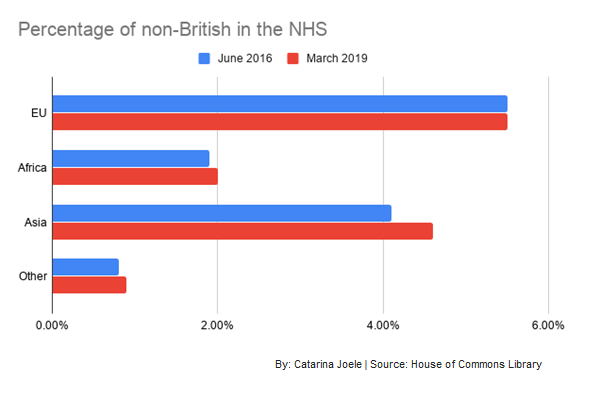 If we consider the percentage of EU nationals working in the NHS in both periods and compare it with other non-British nationalities, we can see that the figure of EU staff members remains the same, whereas the others have increased. So, it could be that Brexit is having an impact after all.

Another clear point is that, from all the jobs in the NHS, nurses have had the biggest decline amongst EU members from June 2016.

Voice of London spoke to three nurses, currently working in the NHS, to hear their experiences and how they foresee the impact that Brexit may have on their jobs.