According to Amnesty International, ‘freedom of speech’ is the right to express yourself even if comments and “ideas” are “deeply offensive”.

Online debate show, BKCHAT, are very transparent and (as far as we know) they allow cast members to voice their honest opinions.

They were recently involved in a social media storm when they released an episode that focused on deciding whether or not to terminate a pregnancy – if the child was found to have a disability. The topic is very sensitive as this is a reality for many people who are disabled, have disabled children or who have had to make this choice.

A cast member caused particular controversy as he commented on the hypothetical situation. He stated that he wouldn’t want to tell his son “that he looks beautiful” if he resembles “an alien”.

This language is extremely inflammatory and one has to wonder the thought process of producers who chose to include this comment in the final edit.

We asked University students for their opinions of that particular comment. Most of the responses were that it was “disgusting”, “wrong” and “way too far”. 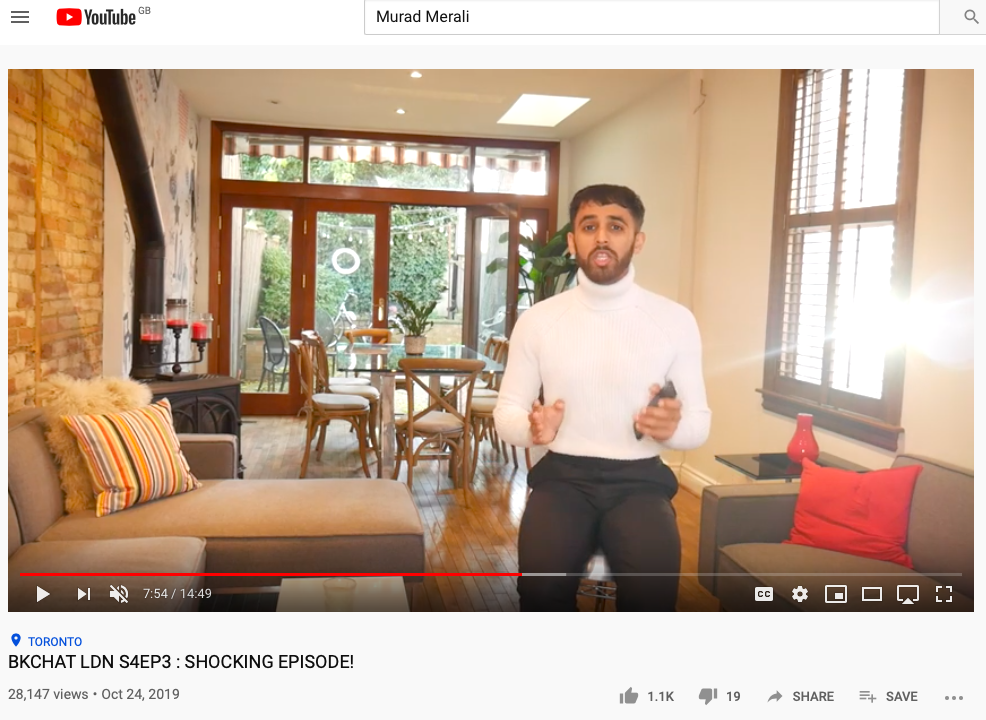 YouTuber, Murad Merali, comments on the controversial episode in a review of the show.

People are well within their rights to be angry. However, it’s difficult to police what is acceptable and unacceptable to say in a world that is fighting to protect freedom of speech.

Censorship can be extremely dangerous, but where do we draw the line? Surely, ‘in 2019’ we can not get away with using such hurtful language without consideration of others. Right? Can anyone say anything – about anyone? What’s the difference between the cast member referring to a disabled child as an alien and any other form of verbal discrimination against another minority group?

The show has been criticised in the past for its ability to tackle ‘serious’ issues. This instalment appeared to be a step towards more difficult subject matters but the delivery of it raises concerns.

Popular recurring cast member, Lucas, chose to walk out of the debate due to the extreme nature of the comments.

Another cast member, Tara, was visibly upset by the discussion and was shown walking away from the set in tears. She later returned to express her own experiences of raising children with disabilities.

It is clear that many viewers agreed with Lucas and took offence to the comments. BKCHAT released a statement on social media that is as follows:

We as a platform have always tried to balance serious topics with not so serious ones over the years. Our aim is to spark conversations amongst our community that would not be highlighted otherwise, sometimes this means being viewed as the bad guys and we understand this…

Another cast member stated in a confessional “This is a debate show, we’re going to say things that you don’t agree with”.

Popular YouTuber Murad Murali also shared his opinions of the episode in a review stating that the language used was “deplorable”.