It’s hard not to succumb to the temptation of eating something black. It’s a new colour to consume, a quite popular one that hit the mainstream recently thanks to the seemingly miraculous activated charcoal. But much like other trends, we’re seeing a useless surplus of charcoal-infused foods at too high a price. Inflation in the food industry, if you will.

I recently happened across a cafe called Muriel’s Kitchen, and upon seeing their sign advertising a charcoal latte, decided to pay it a visit. No, I am none the better than everyone else. Activated charcoal is fun and I am nothing if not self-indulgent.

Fun to look at, that is. It has almost no taste, but it’s advertised to be chocked full of health benefits.

We must keep in mind, however, that like apple cider vinegar or the anti-gluten crusade, activated charcoal is a fad and must be taken with a grain of salt. In order to separate fact from fake news, I consulted Jo Travers, the dietician behind The Low Fad Diet, which promotes balance and consistency over the pseudoscience that surrounds fads.

In a few words, how would you sum up your feelings towards fad diets?

Jo: Fad diets drive me mad. Eating well isn’t hard, but everyone is too blinded by the shiny new diets that don’t work to learn how to eat properly.

How many illegitimate fad diets have you seen over the years?

Jo: Countless. We studied a lot of them at university, but since then there have been too many to keep track of. My favourites are the breatharian diet, which involves only breathing with no food at all, and the sun eating diet, which is similar but suggests looking at the sun to get your energy.

Do you think the health benefits of charcoal are accurately presented in the media or are they over-exaggerated?

Jo: There are some bonafide benefits to activated charcoal. It’s used by hospitals in cases of drug overdose to absorb toxins. It’s also useful for treating bloating and wind in Irritable Bowel Syndrome, but it only works if you take it at the right time. There is little evidence to suggest it is helpful in other situations though. In fact, it may hinder the absorption of important nutrients rather than “detoxing” the body.

What are the key health benefits of charcoal?

Needless to say, Jo most certainly would not recommend charcoal to any of her clients, but back to the latte–

Naturally, one must wonder what exactly they’re paying for. It’s marketed as a health drink, sure, but is there any coffee in it? No. Anything else? For taste? Also no. Upon asking, all the barista gives me is, “It’s made with almond milk, so you’ll mostly taste that.”

Charcoal’s got a great mouthfeel, the key factor that draws me towards it time and time again. It’s ever so slightly gritty, adding a pleasant texture to any liquids or semi-solids it’s incorporated into. That’s about all you get out of it. It’s milk and sugar– 21st-century snake oil, if you will. Further, the fact you can buy 100 charcoal capsules from Holland & Barrett for £6.99 and a litre of almond milk at Tesco for £1 proves the product redundant from any angle. 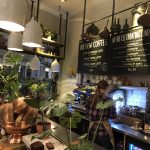 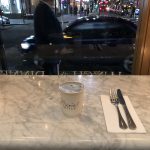 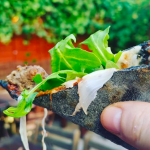 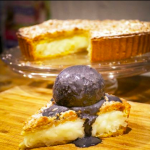 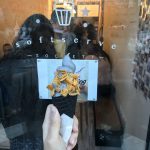 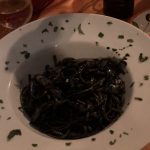 Camden’s Lost Boys Pizza, home of the black-crusted vampire pizza, seems to be on the same page. They openly claim to have no interest in the supposed health benefits. In their case, the motivation behind their signature dish has nothing to do with charcoal. It was only incorporated into the dough after squid ink proved “too fishy” and black food dye missed the mark. In a rare turn of events, charcoal is no more than a means to an end. The pizzeria in question only adds a total of 150g to each 15kg batch of dough– that’s only 0.01%. In other words, it’s virtually insignificant.

They aren’t capitalising off it, either. No pizza is over £11, and you can get your hands on four beers for £15 during happy hour (which is all night on Sundays). For reference, Pizza Express’ margarita, their cheapest pizza, is £10.90, making Lost Boys startlingly cheap for having a product so unique, especially considering they’re operating out of Camden.

“Our only goal was to make black pizza dough,” Alex Fisher, the restaurant’s ‘chief-vampire’ told to me, “But we do know there’s a lot of pseudoscience surrounding it. I have a friend that has this charcoal toothpaste he swears makes his teeth whiter, but he also just quit smoking and started flossing twice a day, so…”

There are other exceptions to the craze. Black Buko or coconut charcoal ice cream, for example, is a Filipino tradition, giving places like Mamasons Dirty Ice Cream a pass, even if their Instagram-worthy locations may fool you.

Or Spaghetti al Nero di Seppia, an Italian speciality consisting of pasta prepared in a squid ink-based sauce. It dates back hundreds of years, originally thought to be a favourite of Sicilian fisherman who wanted to get as much out of their catch of the day as possible. In other words, there was no talk of clout, nor were there any boasted benefits– other than resourcefulness, of course.

Activated charcoal, however, is being churned out like mortgages in 2008. And though it probably won’t ruin the economy, my bank account would certainly be much better off without hedonistic products like black milk.