Side eYe productions’ play portrays Somali women in their most authentic state.

Presented at Broadway in Barking town hall which is a venue known for its diverse events, HOME is an original production that tells a story about a first generation Somali family living in London. As part of Somali festival week and written by Hannah Abdule, Demi Wilson-Smith & Poppy Clifford, the play explores the themes of identity, love and expressions as well as portraying somali women in their most bonafide representation.

If there’s one word to describe the entire play, its sisterhood. Life events often changes the dynamics of a sibling relationship which is evident in this play as Yaz, played by Sabrina Ali, is soon to be wed. This plays a focal part in the tensions between them as older sister Amal, played by play writer and actress Hannah Abdule, fears her younger sister is moving too fast to get married when she doesn’t have a secure job yet.

The building tension between the sisters soon implodes as words of anger are exchanged where Yaz implicitly states that Amal is jealous that she’s getting married, whilst Amal calls Yaz self absorbed and selfish. As the girls’ mother is mentioned to have passed away in the play, what is depicted here is Amal’s protectiveness over her sister, almost motherly like. 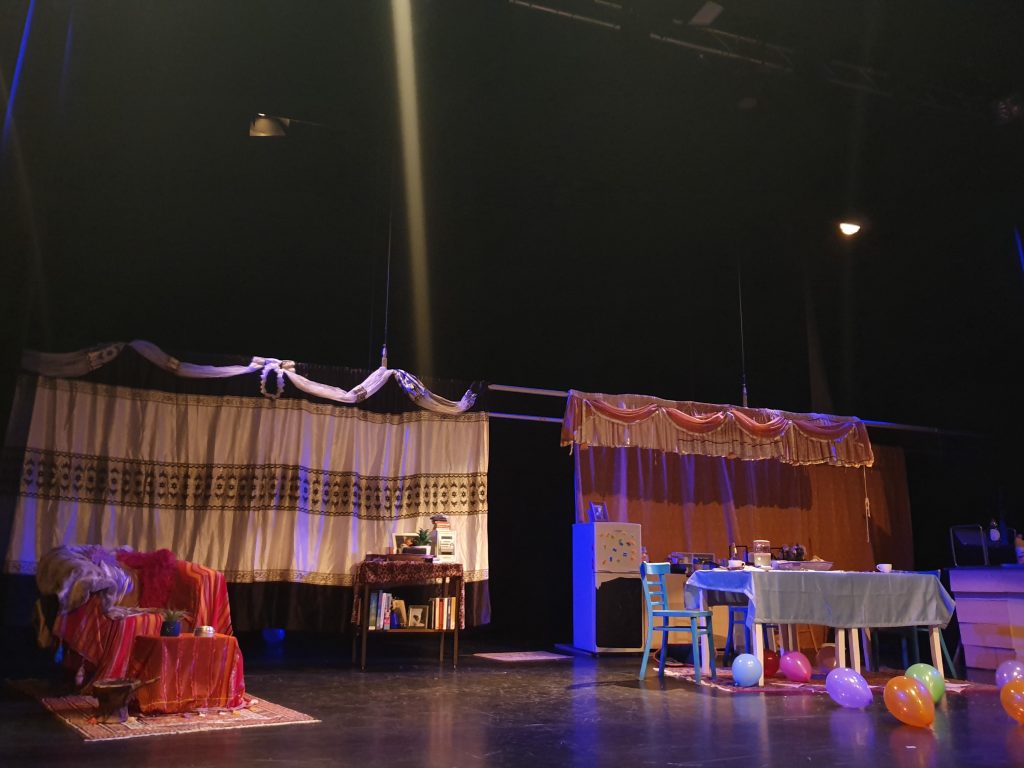 A significant aspect of the story focuses on the absence of men in a Somali household. This is a reality as Xaawa (played by Susu Ahmed) resonated the echoes of many somali mothers who carry a burden and feel loneliness. Hooyos (translates to mum in Somali) are typically expected to put their dreams and aspirations aside to care for their children. They are expected to play the traditional role of motherhood. However Xaawa challenges that as during her monologue she stated that she can no longer depend on her husband and put her dreams on hold so she applies for a midwifery course. Susu Ahmed’s performance was nothing short of brilliance. The ability to connect with the audience through her storytelling of a Somali mum was incredibly touching. This was translated through Amal’s character as she took on the role of motherhood after her and Yaz’s mother died. Amal has dreams to open up her own cafe but feels like she needs to make sure her younger sister is secure by helping her apply to grad schemes. 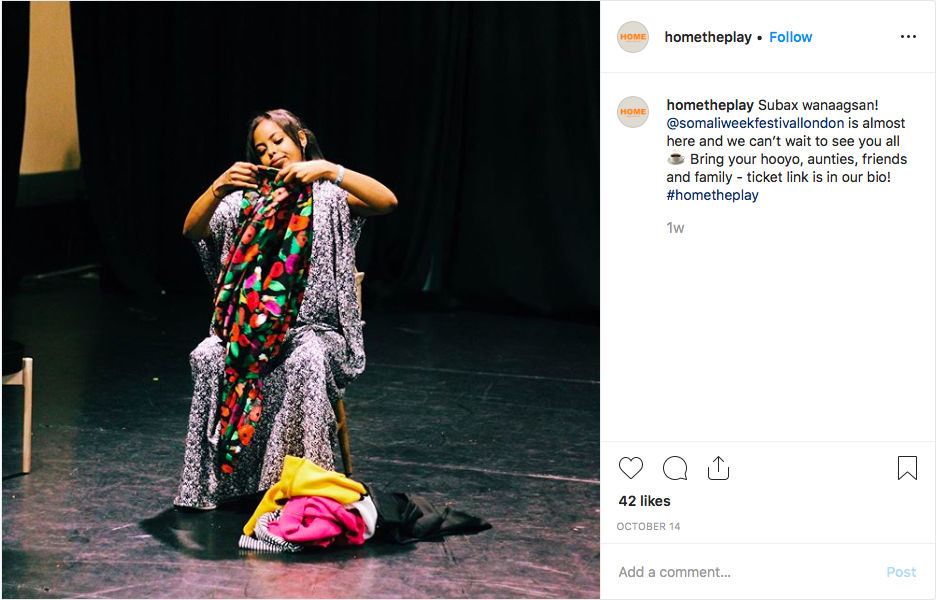 When I caught up with Sabrina Ali, I asked her what she hopes the audience takes away from the play after watching. Sabrina stated that she hopes the audience “finds a way to relate to every character and can see their family in ours. I also want them to understand each character’s intentions through their actions and words, and I most definitely want them to see how creative Somali girls can be!” Which is translated visually as one key point from this play is the variety in storytelling. Each character- Yaz, Amal and Khadija (played by Demi Wilson-Smith) showed that Somali women are not monolithic. 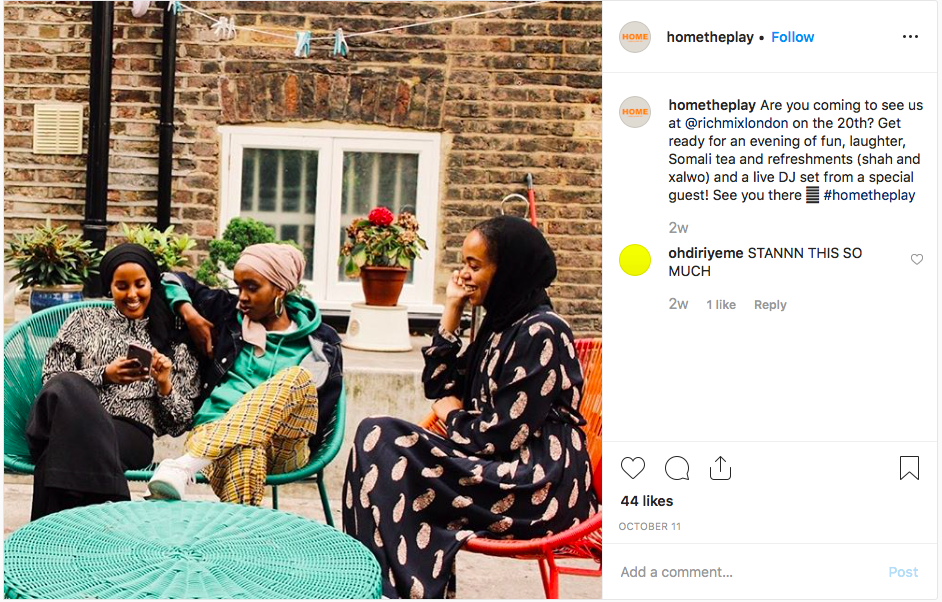 The Somali community in the United Kingdom is one of the largest in all of Europe. Although traditional performing arts is ingrained in Somali culture, yet access to real stories and positive Somali representation is often limited. Side eYe productions told a story packed with so much authenticity and originality. When I asked Sabrina what inspired her to take part in this play, she stated “when I saw the casting call for a Somali play, I knew I couldn’t miss out on the opportunity as it’s so rare finding opportunities for us to showcase our talents without feeling like our culture and religion will be compromised.”

The night ended with the playwrights and actresses opening the floor to the audience for a Q&A. A question about the casting was asked by an audience member in which Poppy Clifford described the process as clear. Susu went to film school and HOME was her first ever theatre play whilst Sabrina hasn’t acted since A Levels. So to have casting of Somali girls with a passion for acting despite lack of experience set the stone here. 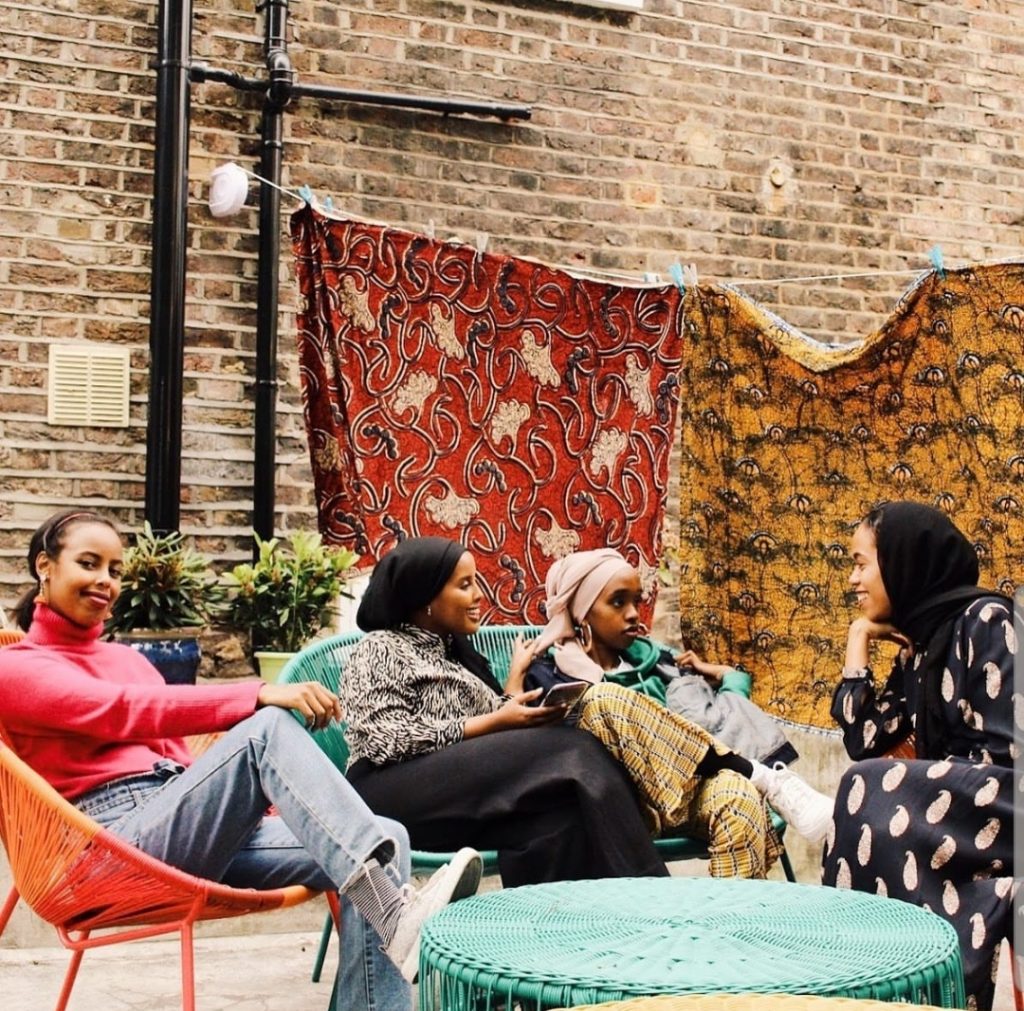 The connection between the crowd and characters makes ‘HOME’ an absolute triumphant. From the stage set to soundtrack, it was a joyous night that ended with a standing ovation. The crowd applauded the writers and actresses for their ability to shed light on stories based on a forgotten demographic.