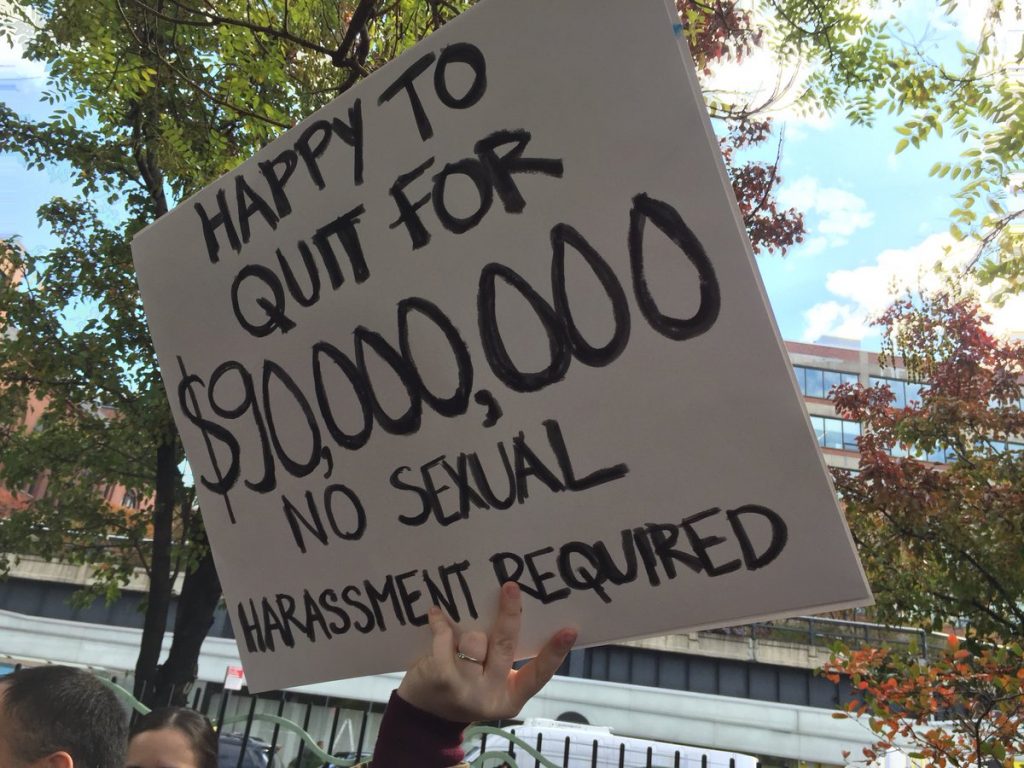 Google CEO’s apology and proposal for action touched upon sexual harassment and assault in the workplace, but failed to soothe all ruffled feathers.

Employee outrage over Google’s mishandling of sexual misconduct at work and the subsequent global staff walkout have prompted the technology company CEO to apologise and promise changes.

“We recognise that we have not always gotten everything right in the past and we are sincerely sorry for that. It’s clear we need to make some changes,” apologised CEO Sundar Pichai, in an email to employees that was made public on the company’s website Thursday.

Last week, more than 20,000 Google employees and contractors in 50 cities worldwide walked off the job to protest the large exit packages awarded to male executives accused of sexual misconduct and the company’s silence over allegations. Walkout organisers demanded five things:

The action plan outlined in Pichai’s email acknowledges the issue of sexual harassment in the workplace. According to the plan, there will be no more forced private arbitration for sexual misconduct cases, details of sexual harassment allegations will be included in public investigative reports, and victims will receive extensive support during and after cases.

Voice of London reached out to several technology and business experts for a quote, but unfortunately, did not receive comment.

While a step forward, many are still unhappy with the demands left unanswered. Nothing has been said on pay equity, whether racial and gender discrimination claims will still be dealt with by private arbitration, and if the company’s diversity officer will get a direct link to the CEO.

Google has previously resisted changing forced arbitration policies, unlike Microsoft and Uber in the face of #MeToo pressure. Google’s annual diversity report for 2018 shared there is still heavy imbalance between the male/female and white/ethnic ratios in workforce and executive positions.

Though it has exerted some effort to welcome workers of underrepresented backgrounds, the tech giant’s lacking acknowledgment for protestors’ remaining demands, as well as their current statistics, show there’s still a far way to go before it can truly boast its diversity.