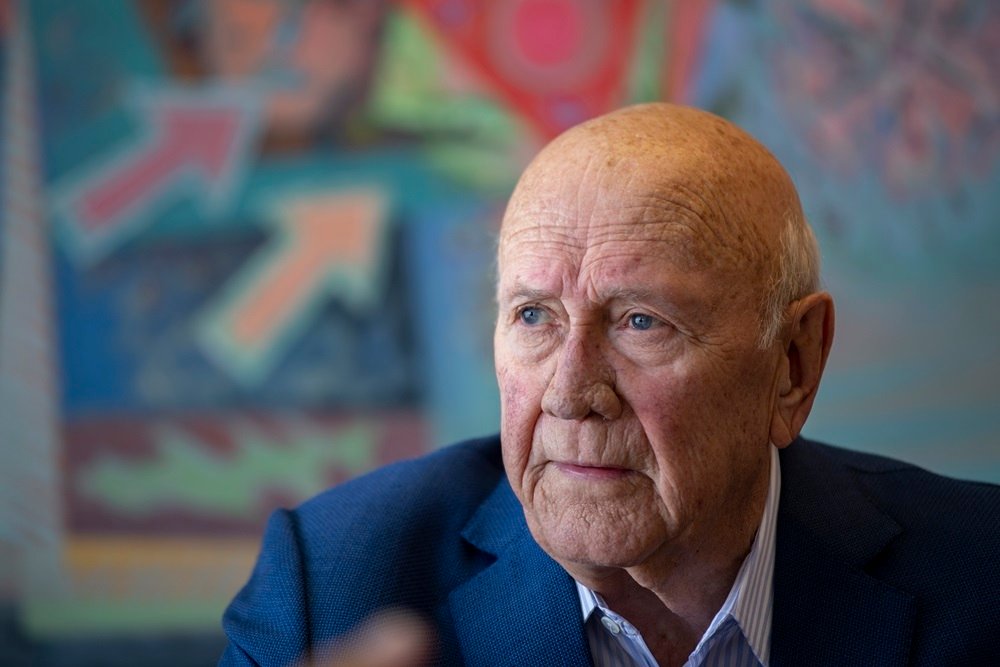 Former South African president Frederik Willem de Klerk, the last president of South Africa under the apartheid regime has died at 85, his foundation has announced.

“FW de Klerk died peacefully at his home in Fresnaye earlier this morning following his struggle against mesothelioma cancer. He is survived by his wife Elita, two children Susan and Jan, and his grandchildren” the FW de Klerk Foundation’s spokesperson Dave Steward confirmed.

In a statement from 8th June 2021, the foundation said he was diagnosed with mesothelioma: “a cancer that affects the lining of the lungs”. It is also said that De Klerk was receiving immunotherapy for the illness.

FW De Klerk was the president of South Africa from September 1989 until April 1994. De Klerk first entered parliament in 1972 after training as a lawyer and winning his seat in Vereeniging, formally known as Southern Transvaal.

He was then appointed to the cabinet of prime minister John Vorster in 1978 and served in various portfolios including Minister of National Education. He was also a member of Broederbond, the secret Afrikaner organisation that was then active in politics and society.

De Klerk flourished PW Botha in February 1989, as the leader of the national party suffered a stroke which made him resign from his leadership role. He became president seven months after Botha left his post, and the national party won a whites votes only election.

In August 1996, De Klerk testified at the Truth and Reconciliation Commission on behalf of the National Party and in May 1997, his apology for apartheid was heavily criticised as insufficient.

After leaving politics he launched his foundation, in his own name which would play the role of a watchdog and think tank in society.

In more recent years, the former apartheid leader would be at the forefront of controversy, with his apartheid apologist comments. In an interview with CNN’s Christiane Amanpour, he said:

“apartheid was not a crime against humanity”.

De Klerk left an apology in a video that has been released after his death. He said:  “I without qualification, apologise for the pain and the hurt and the indignity and the damage that apartheid has done to Black, Brown and Indians in South Africa.”

The current president of South Africa Cyril Ramaphosa is yet to confirm if he will have a state funeral.