Social media was once again embroiled in a war of cultures. The topic: gendered dressing.

US Vogue sparked passionate debates around masculinity and gendered dressing when they featured Harry Styles on the latest cover donning a periwinkle blue gown paired with black tuxedo jacket, both designed by Gucci.

For millennial and Gen Z readers the image felt representative of a growing exploration of gender-fluidity and non-binary dressing taking place.

It is a style that is becoming accepted in fashion and also a sign of where our society is heading.

Pushing this societal shift forward is the open-mindedness that encourages gender fluidity. But this is not the first time the boundaries of gendered dressing has been pushed.

Androgynous fashion can be seen throughout the 20th century and has continued to evolve since.

Arguably, this aesthetic stems from the desire to not want to be defined by gender but there are also other political threads that tie in neatly with androgynous expression.

At a time when women were oppressed when it came to fashion, CoCo Chanel personified the independent roles women were yet to enter by giving them the gift of pants.

While Chanel is known more for her little black dresses, she challenged gender norms with her masculine-like silhouette fashion but refused to call herself a feminist.

Though Chanel would never be caught front row at a protests for women’s rights, she defended the idea that a person should express themselves based on how they feel, and not how their gender tells them to feel.

Her comments on gender are just one of the many Chanel made on femininity rather than feminism, meanwhile her work was a huge part of the liberation of women.

As Business Insider reported, Chanel herself said: “I gave women a sense of freedom. I gave them back their bodies: Bodies that were drenched in sweat, due to fashion’s finery, lace, corsets, underclothes, padding.”

She was constantly inspired by men’s fashion, and it began with how she dressed herself. Shirts with clean collars, simple sweaters and loose belted jackets were a part of her language of fashion. 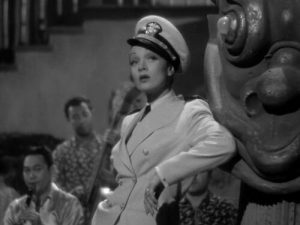 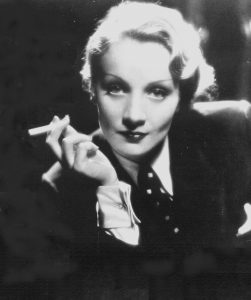 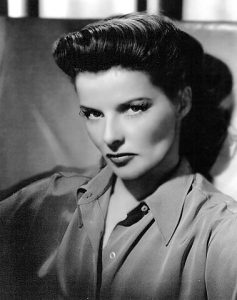 “Katherine Hepburn” by La Butaca Dorada is licensed under CC BY 2.0 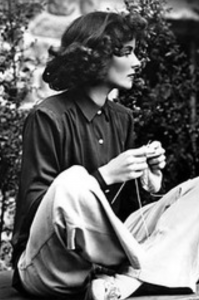 “Katherine Hepburn knitting” by madelinetosh is licensed under CC BY-NC-ND 2.0

CoCo Chanel’s androgynous aesthetic crossed over into Hollywood glamour as she has a star-studded clientele which included Marlene Dietrich, who in her own right is regarded as an icon for challenging the ideas that kept women in skirts and dresses.

Katherine Hepburn did the same, bringing androgynous fashion to the forefront of an audience who was fiercely resistant to the idea.

In the 1930s only farmers and movie cowboys wore jeans, so both Hepburn and Dietrich stood out even more for their flippant attitudes towards femininity.

In the words of Marlene Dietrich: “I dress for the image, not for myself, not for the public, not for fashion, not for men” – whatever Dietrich’s true feelings was she made a political statement that revolutionised women’s fashion whilst donning three-piece suits. 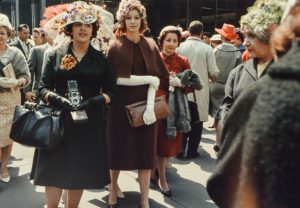 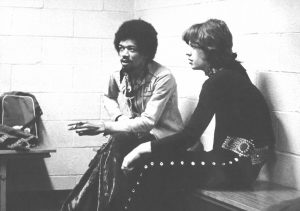 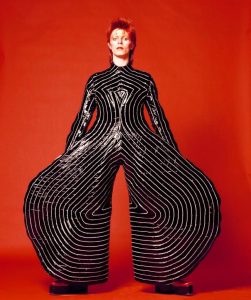 “David Bowie would have been 73 today. Japanese iconoclast Kansai Yamamoto created this costume for Bowie’s ‘73 Aladdin Sane tour” by Ronald Douglas Frazier is licensed under CC BY 2.0

The decade before the 60s was largely characterised by suburban motherhood and career housewives, yet women continued to be trailblazers in unisex fashion.

According to The Guardian, Dr. Jo Paoletti’s Sex And Unisex: Fashion, Feminism, And The Sexual Revolution claims that the unisex trend was a pillar of second-wave feminism and “was a baby-boomer corrective to the rigid gender stereotyping of the 1950s, itself a reaction to the perplexing new roles imposed on men and women alike by World War II.”

Yves Saint Laurent took androgynous fashion a step further by introducing the first tuxedo for women, a style that perfectly underlined the more masculine sense of style women were embracing.

YSL’s muse Violeta Sanchez explained to the BBC that, at that time, it “was quite something for the stuffy bourgeois set to see women ‘take possession of man’s attire, and the freedom it gave her. It took her out of that spot where she was fragile.'”

In the latter half of the decade men joined the conversation. From Jimmy Hendrix in his paisley coats and velvet flares, to Mick Jagger wearing hip-skimming jeans, to poets’ blouses, men were just as curious to see what they could find outside of their gendered expectations.

Up until this point androgyny was focused on women testing the boundaries of gendered stereotypes, but it was men’s turn to shake the table. 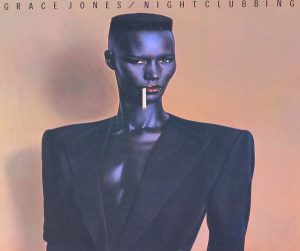 “GRACE JONES – Nightclubbing” by vinylmeister is licensed under CC BY-NC 2.0 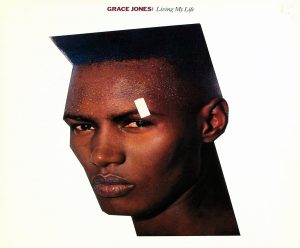 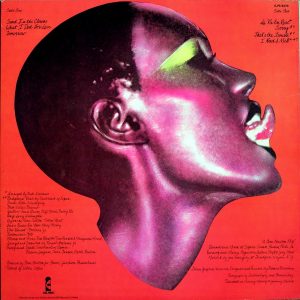 It was a jumpsuit and a pair of go-go boots, that separated the legendary Prince from the rest.

His heels, the thin moustache and the silk suits let the world know that sexuality is on a spectrum, much like gender is.

Meanwhile, Grace Jones flipped between masculinity and femininity like no other – she walked the line of androgyny perfectly and did so with flattop hair and chiselled features.

According to The Atlantic, the 80s felt like a “stylistic whiplash”, to the more obvious gender-bending of the 70s.

In the 1990s men rocked a new version of masculinity. The gender rule book was well and truly out the window when Kurt Cobain played with blonde locks, eyeliner and babydoll dresses.

Gen X questioned the limits of gender and they called it grunge.

According to Communities Of The Air: Radio Century, Radio Culture, “[Nirvana’s] spectacular commercial successes entailed the popularization of non-heterosexist, anti-binarizing notions of gender and sexuality, the trumpeting of progressive political causes, and the representation of male experience in a high romantic and often decadent-aesthetic language.”

As for women, they were still borrowing from their male counterparts, donning lumberjack shirts and combat boots.

Women of this era made it known that they were not defined by their sex appeal.

Now a new generation is defining gendered-dressing, rather than defining them as ‘boys’ clothes or ‘girls’ clothes.