Samantha Ellis, author of How to date a Feminist, says men can be feminists too — but can they really? 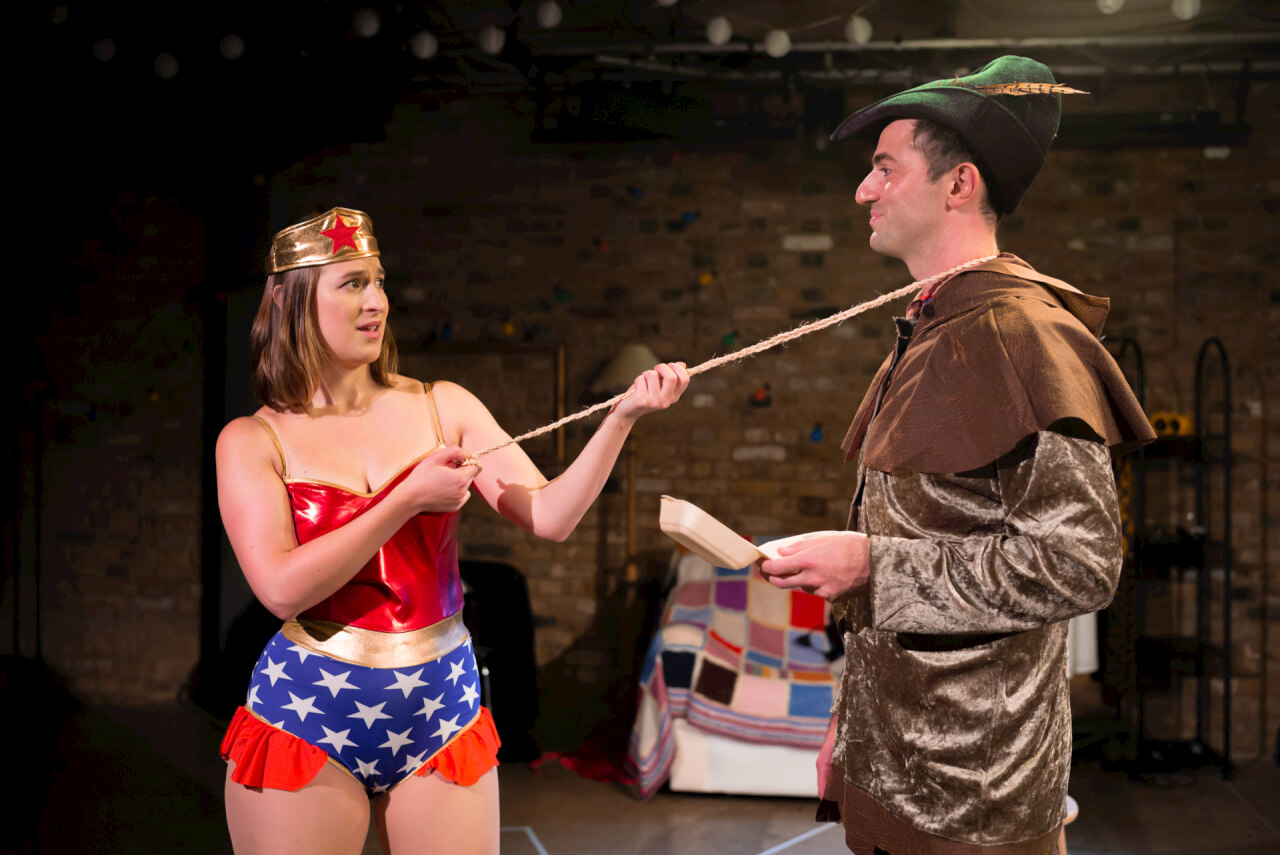 This is because Steve is a feminist. How to Date a Feminist is a fantastic play that explores the possibilities of feminism in a hilarious rom-com type production.

Everything would be great if it wasn’t for their exes; on the one hand we have Carina, Steve’s feminist ex, who meets his mom more frequently than he does. On the other we have Ross, who’s Kate’s slightly macho ex, and also her current boss.

Not to mention, their parents are two individuals who couldn’t be more different if they tried; Steve’s mom is a feminist activist who raised her son to be like her, while Kate’s dad is old-fashioned and first came in contact with feminism after reading about it when his wife left him.

Sticking together through their struggles, the two generations of characters manage to learn from each other. Matthew Lloyd’s direction of this play is intelligent, strong and shows the beauty of theatre.

We caught up with author Samantha Ellis and director Matthew Lloyd after a showing to find out how the idea for How to date a Feminist was created, and how feminism was explored in the play. 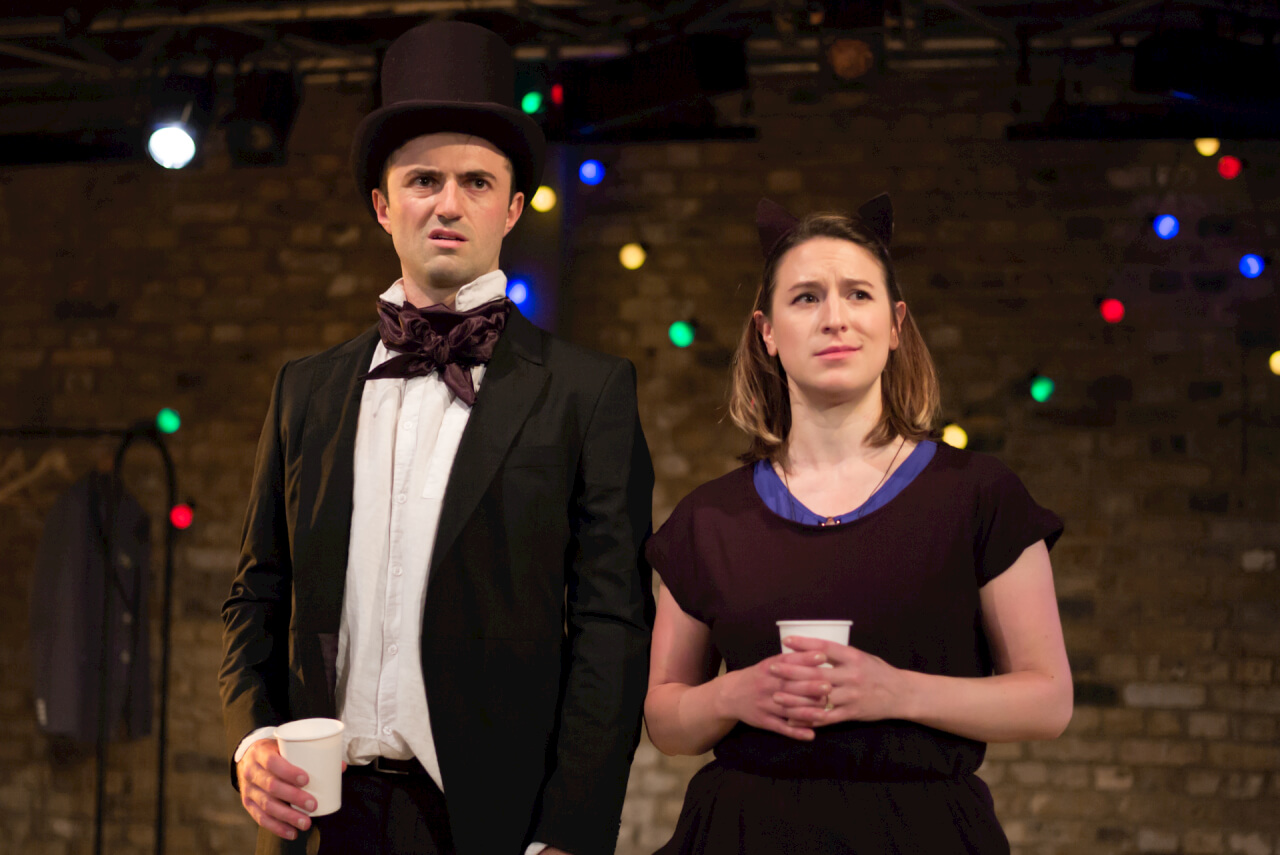 Voice of London: Where did the inspiration for the writing come from?

Samantha Ellis: I wrote this play a few years ago. It all started because I went out with a lot of Heathcliff types during the years, and so I wanted to put it in writing and see what would happen if someone like me tried doing something different. I was very keen on including the parents and wanted them to be interesting characters.

What definition of feminism were you going with when writing and directing the play?

Samantha Ellis: While writing I didn’t have a specific definition in mind; I wanted everyone to have equality and different opinions.

Matthew Lloyd: What excited me about the play was thinking about what feminism is, what it’s been, how it’s evolved and what the cause means, as well as the way people think about relationships between opposite sexes and their opinions on the politics of feminism.

Can ideas survive generations? We talked about the different characters’ use of feminism in different ways; how do you think one can pass feminism on?

Samantha Ellis: One of the reasons I wanted to include different generations in the play was because I wanted to show how the world moving on. Kate’s father is old-fashioned, yet he becomes attracted to this strong feminist. I wonder if it’s a learning curve that’s passed on between generations.

I also think that Steve’s mother is on a journey, given she obviously wants some things she hasn’t got in her life. She passed her feminism on, but I think there is a passing back from her son.

Matthew Lloyd: I definitely think ideas are passed on; they might mutate a little bit though. The idea of equality is without difficulty a beacon for generations — at least that’s the way it’s presumed.

The play is a filter for inter-generational shit. There’s usually a difficult family vibe and it just happens to be that feminism is the thing they argue about. Kids have to become themselves; they can’t just be cutouts of their parents, that’s what it’s about.

I think that’s one of the moving things about the play, because you can buy into that family struggle but also see the political wrangling going on at the same time. 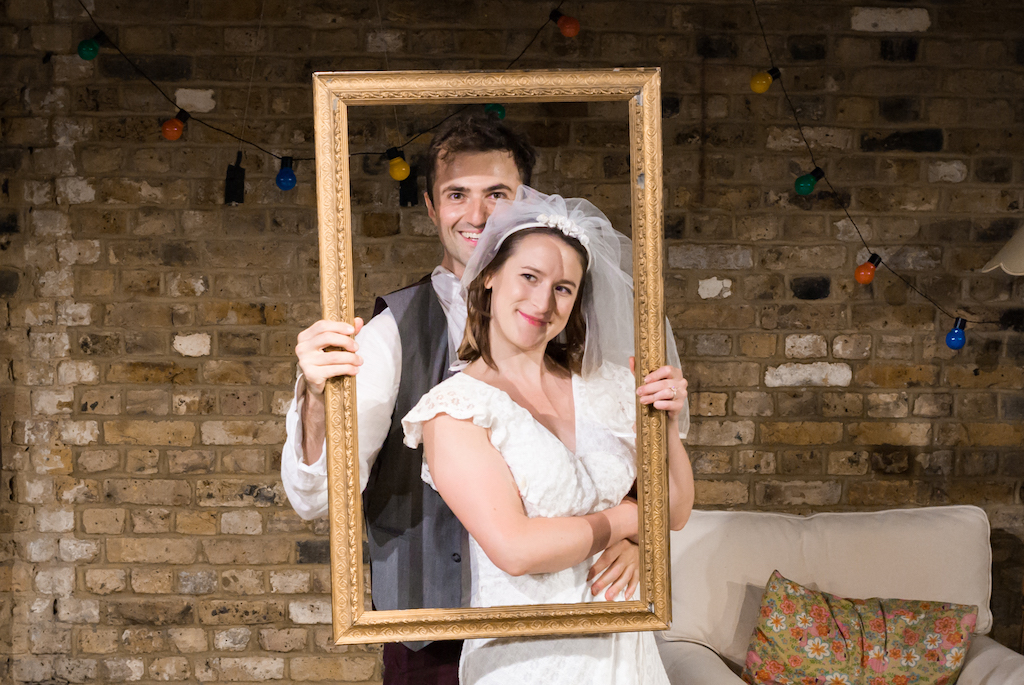 Kate and Steve on their wedding day | (Arcola Theatre)

Can there be such a thing as a male feminist?

Tom Berish: I’m surprised that people from our generation are sceptical about the idea that something like a male feminist exists. To me, that seems like an idea from the 70s, where a man couldn’t be a feminist, because to be that you would have had to be a woman.

Recently, we’ve seen so many male politicians wearing T-shirts saying “This is what a feminist looks like”, and millions of people were cheering them on social media. It feels to me that the idea that a man cannot be a feminist is almost gone.

How to Date a Feminist shows a different twist to the “traditional feminist” in a witty, fun and heartfelt play, capable of inspiring not only millennials, but different generations. It runs at the Arcola Theatre from 22 November until 17 December.

Missed it the first time around? Want to watch it again? #HowToDateAFeminist is back in Studio 2 from 22 Nov!