The film is currently doing the film festival run across the US and has also previewed in Spain and Lisbon. Already the film has done well to impress the critics and has been awarded ‘Best Film’ at the NY Downtown Urban Arts Festival. It was also awarded ‘Best Feature Film’ and ‘Best First Time Director’ at the Philadelphia Independent film festival. The movie had its UK debut in Leeds this October at the No Gloss Film Festival.

EKAJ is filmed in an unconventional style. It has both a documentary and raw feel to it, tackling a lot of serious issues such as homelessness in a big city. The film was inspired by Midnight Cowboy  which was filmed in a similar way. When creating this film, Gonzalez said, “I wanted to write a script about two discarded lonely people who come together because they need each other, and eventually become  friends with genuine love for one another”. 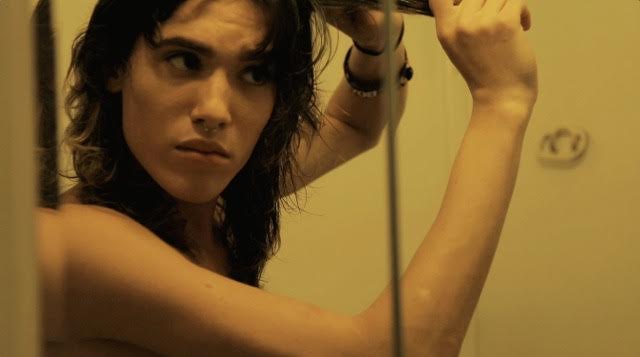 The film follows Ekaj (Jake Mestre) a homeless gay teen trying to find his place in the world. After finding himself alone in New York City with very little money, he meets Mecca (Badd Idea) another drifter facing problems of his own. Despite having AIDS and being constantly high, he becomes a friend and voice of reason for Ekaj.

Ekaj meets a rich man, Johnny (Scooter Laforge), a full time artist in New York. He falls head over heels and thinks that Johnny will love and care for him. However, this dream quickly shatters. With limited funds and no official place to call home, Ekaj and Mecca travel to different motels and sleep on the couches of ‘friends’ across the city, whilst Ekaj makes money as a prostitute. This way of living is cut short when tragedy strikes, making him realise that he doesn’t have what it takes to make it in the city that never sleeps. 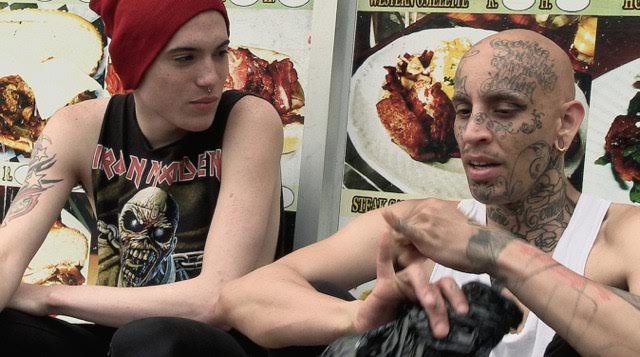 The film is an eye opener into things young people in the LGBT community face on a daily basis. One of the first places Cati played the film was at a LGBT shelter in New York City, where many of the kids could relate to the story. What’s really unique about this film is that it has an unconventional style and features real homeless people in lots of the cutaway shots. Cati said, “I tried not to get their faces since I could not afford the entire NYC landscape of people. I wanted to keep the film as true as possible and close to real life, I believe in the closer to realness the better”. This is also a film that hits close to home for the filmmaker, “Mike Gonzalez, my partner and producer to the film was homeless at 13 years of age, and his mother died of AIDS in the early 1980’s”.

This is a film that covers very serious and current issues such as homelessness, rape, domestic abuse, prostitution, addiction and HIV/AIDS. Ekaj’s story is an unfortunately common one, not only in New York but in cities worldwide. According to research by the Albert Kennedy Trust, in the UK alone, a quarter of the homeless youth are LGBT. It also found that 69% of homeless LGBT youth were forced out of their homes by their families.

This is a film that has the potential to make the unaware, aware and give young people in the LGBT community going through these issues, a chance to have the courage to speak up and be heard.

If you would like to watch the film, it is now available to stream via Distrify.