People over the UK will compliment one of the world’s most vivid celebrations throughout the following five days.

Diwali, also known as the Festival of Lights is recognized everywhere throughout the world by Sikhs, Jains and Hindus. Diwali is honoured through a wide range of customs including the lighting of the diyas and enhancing houses with rangoli works of art.

Diwali is praised 20 days after Lord Ram killed Ravana (Dusshera) and saved Sita from imprisonment in Lanka. The festival signifies the arrival of Lord Ram to Ayodha following 14 years of outcast. To invite Lord Rama, Sita and Laxman, the whole city was decorated and the individuals enriched the city with diyas (earthen lights) to respect their ruler. 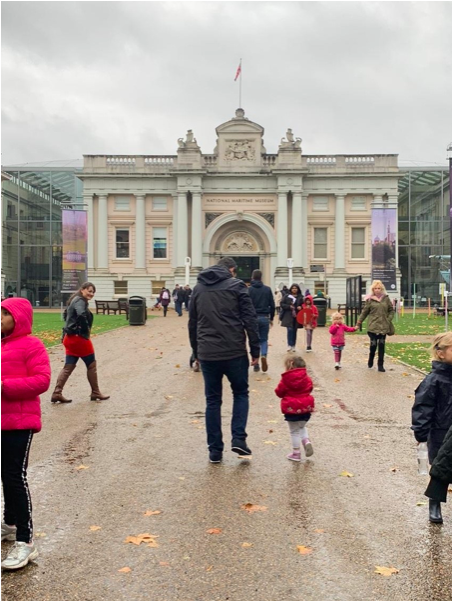 Royal Museum Greenwich invited Voice of London to celebrate Diwali with them.

The day was filled with joyous families and individuals merged together over the music, art and lots of dancing.

Voice of London journalists participated with creating lavish lanterns with artist Ling Chui, as well getting messy with Rangoli art joined by Meera Chauda, which became a bright part of the evening parade later that day.

The vast majority at Diwali wear a great deal of jewellery, stunning henna tattoos across their hands, as well as purchasing new clothes explicitly for this occasion.The room was alive with the bright colours of traditional Hindu attire. Most women wore woven sarees or a sparkly Salwar Kameez whilst the men wore Kurta Pajamas. 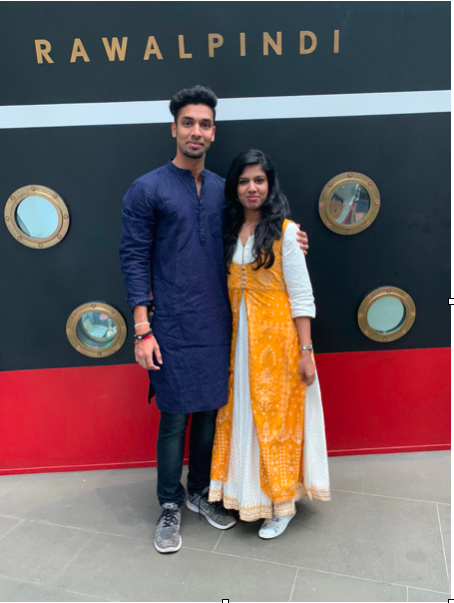 We asked couple Bhavika and Gopi what it means to wear traditional clothing, both agreed to how ‘Diwali reflects light and radiance so we have to represent it in how we dress, and it’s also nice knowing we represent this occasion of positivity which removes all evil and attracts good’.

Throughout the event, Bollywood Co dancers stunned the room with their performance creating a lively energy, ready for the parade later. Family and friends joined and learnt new dance moves as the bhangra drums thundered around the room. 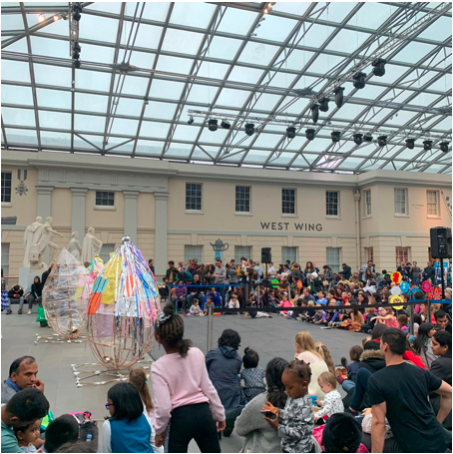 We asked mother Daisy if she had enjoyed this event, responding with a grin on her face, multitasking with two dancing toddlers she says, ‘These sort of events is what brings the community together with people from all different backgrounds. It is lovely learning about a new culture, it’s also great for young kids to experience and educational for them too!’

As the evening came to a close, we joined the annual Diwali Parade chanting from the National Maritime Museum to Greenwich Park. The kids crafts from their own Rangoli art was brought to colour followed the by Beats of Diwali session finishing the parade to be noisy as possible leaving family and friends with laughter. 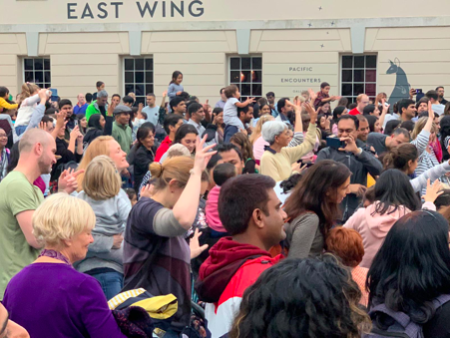