Despite humans being the most susceptible to catch and spread covid, pets around the world have also been affected. Here’s how the virus outbreak has impacted pets and expert advice on how to keep them safe.

Coronavirus diagnosis of pets has apparently led to misinformation

Earlier this year, it was found that animals can catch the coronavirus from humans, with some cases confirming that people’s pets are being diagnosed with Covid-19 worldwide.

One of the cases included a Siamese domestic female cat, as the first pet in the UK to contract the virus in July of this year. After initially being diagnosed with feline herpes by a private vet, it was then found that the cat from southern England was understood to have caught the virus from its owner.

Screenings were performed on the feline as part of a coronavirus screening programme, for hundreds of cats at the Glasgow Centre for Virus Research. The samples taken from the animal revealed that it had tested positive for Sars-Cov-2. 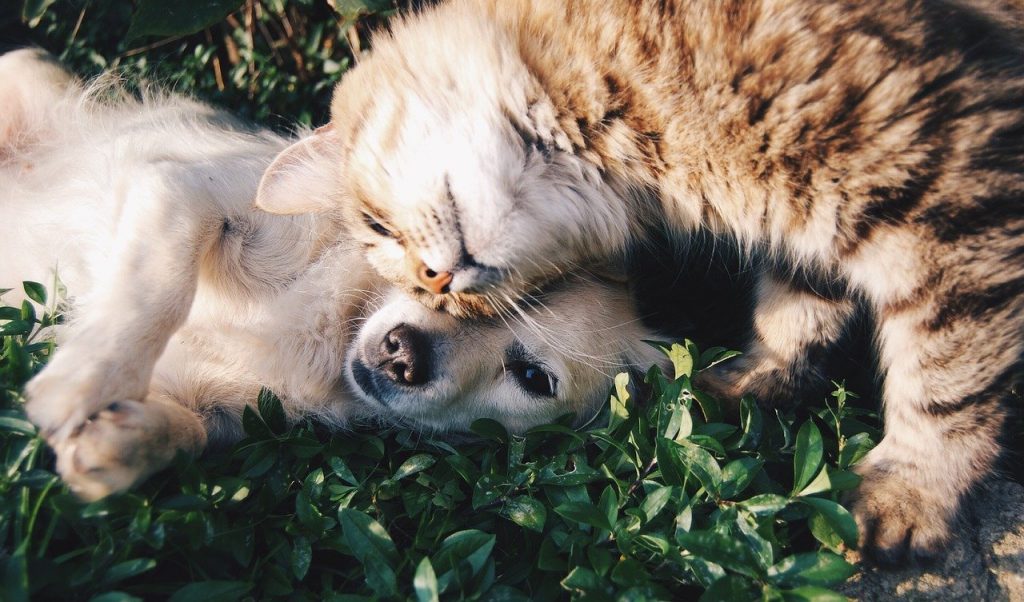 However, England does not stand alone, as other countries including Belgium and the United States have also reported pets testing positive for Covid. Belgium claimed to be the first country to have a human-to-cat transmission of Covid-19 in March of this year after the owner was diagnosed with the virus, subsequently after coming back from a holiday and eventually passed it on to their pet.

As a result of the cases reported, The Guardian has stated that pet owners have since been warned not to kiss their pets, to prevent passing the virus on to their animals.

Although there is no evidence that pets can transmit the virus to humans, as stated on the gov.uk site, this has allegedly left some pet owners in fear over false assumptions that if their pets were to catch the virus, they’d be able to transmit it to them. This could be one of the reasons why numerous people have abandoned their pets or given them away throughout the pandemic, according to sources including The Sun.

The apparent misinformation allegedly encouraging some people to abandon their pets, has previously also led to angry Twitter users reporting on the unfairness of the situation.

The fact that people are abandoning their pets in fear of catching corona is disgusting.. that shows you never loved you pet. I’ll never understand how people could do that

A pet cat in Surrey has been reported as catching the Corona virus from their owner.
I believe this news should have been supressed. As it means some idiots , (of which there is no shortage of in the UK) will now start abandoning cats.
I already have actual experience of this.

Since these assumptions were claimed to be generally leading people to leave their pets in shelters, a Facebook post was made by a user back in August, informing people of the situation and telling them that they cannot contract the virus from their pets. The user sharing this post also claimed that the message came from the RSPCA themselves.

The post, which was circulated and shared more than a thousand times, affirmed that humans are not able to catch coronavirus from their pets and that “people are dumping their animals at shelters out of ignorance and fear.”

The RSPCA has previously officially commented on the issue, with a spokesperson telling The Sun that “in most cases, we don’t know why pets are abandoned but it’s really important to remind people that there is no evidence to suggest that Covid-19 can be passed from pets to people.

“There is lots of help and support out there for anyone else struggling to get animal food, with health or behavioural issues, exercising their pets or managing to keep children safe around pets. Please don’t be afraid to ask for help.”

But, how do pets catch coronavirus and really how serious is it?

Voice of London has spoken to Astri Nur Faizah, a veterinarian and PhD researcher at the National Institute of Infectious Disease (NIID) in Tokyo, who has given some insight into how animals can contract Covid as well how serious this issue may or may not be.

When it comes to how animals can catch coronavirus, the scholar has said the virus would mostly affect mammals, and that the list of animals able to contract Covid keeps expanding as we speak. She quotes:

“While viruses do have specificity towards different mammalian species, the SARS-CoV2 is using the cell receptor (the ‘gate’ for the infection entry into the cells for replication) mostly available in mammals.

“Humans, ferrets, minks, dogs and cats happen to have the same receptor, called ACE2, but not in pigs, chickens, and ducks. The list of susceptible animals keeps on expanding as we speak, also those that are not susceptible, with varying degrees of susceptibility, clinical signs, and the transmissibility.”

Faizah has also shared a useful table from a recent study by the World Organisation For Animal Health which lays out the current findings on the animals, which have been found to contract Covid, as well as their susceptibility in contracting the virus. 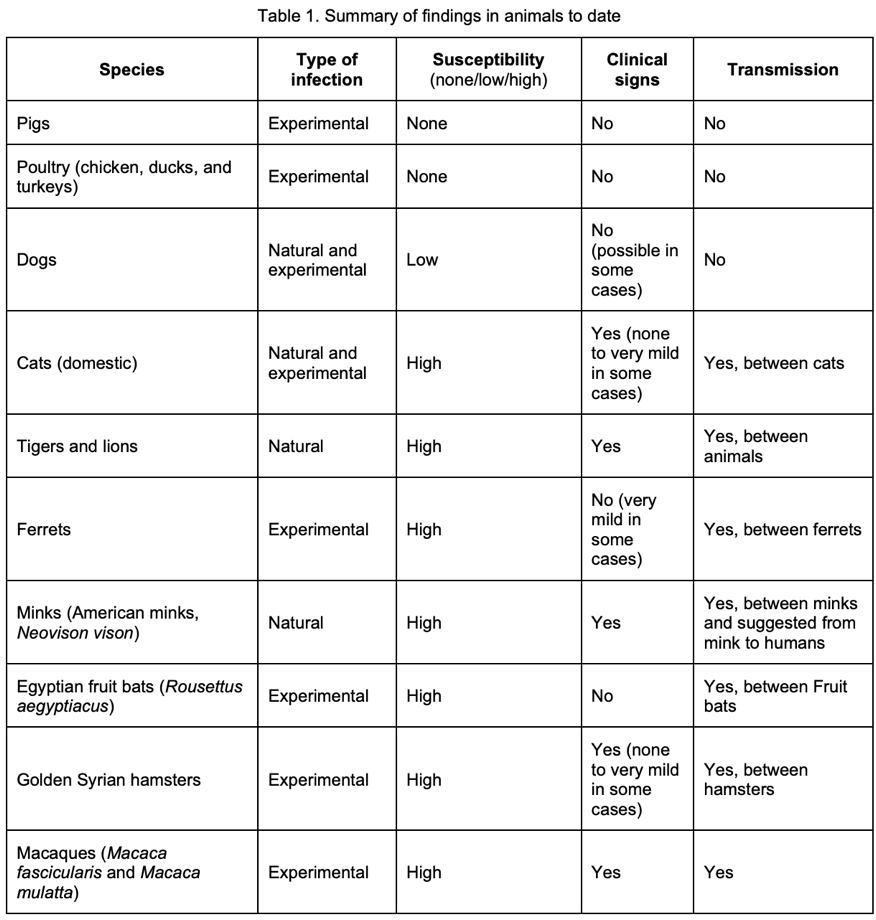 Table by: World Organisation For Animal Health. Study on infection with SARS-COV-2 in animals.

The researcher has also pointed out how the seriousness of the issue will depend on how good the country or society is in controlling the movements of animals, and how humans themselves play the biggest part when it comes to the virus spreading since they are the most receptive to contracting it. She says:

“Humans play the biggest part in the SARS-CoV2 transmission and might be the ones that spread the virus to their pets. While acknowledging the critical risk, we can prevent it by practising the Covid-19 hygiene protocol to our loved ones (pets included!) when we are not sure whether we are infected or not.

“I would say the cases have been documented well and every case has been taken into account. Humans are certainly in the spotlight here, and the greater the infection cases in humans could mean the higher the risk of exposure to pets.

“With different levels of susceptibility and transmissibility, the fact that there are few reports of pets contracting the virus and no reports of actual spreading by the pets have inferred that they are not the major source of the SARS-CoV2 transmission. Nevertheless, we need to stay vigilant and keep on practising good hygiene practice for prevention.”

How can you keep your pets safe?

In regards to keeping pets and animals safe during this vulnerable time, there are a few tips which pet owners could follow to prevent themselves and their pets from catching Covid. One of them, as pointed out by researcher Faizah, is to practice good hygiene, as this would help to prevent the virus from spreading.

Other tips to ensure safety for pets and their owners are presented in the infographic below:

More about pets during covid: