Behind the problems with their record labels, the struggles of touring, but also the huge crowd at Coachella and their new album This Life, Vol.1 we met up with lead singer Chris Caines at their headline show in London at Kentish Town. You’ll hear about this band more often so watch out!

You’re always on the road. Are you ever gonna relax and take some time for your selves?

We have a month off which we’re going to use to chill, and write. Then it’s festivals season.

Starting from the beginning of your career. How did you guys start jamming out?

We all met at university and none of us had done music, we just loved music.

What were you guys doing?

Various things, Ben was doing cultural studies and creative writing if I am not wrong, Dave was doing psychology and I was doing my acting course and directing. We met doing those subjects, I was working with Ben and in our free time we just decided to play some instruments and start a band. I had never been in bands before. Ben was probably the only one who’s been. We were all kind of a bit naive. It took us a long while to get good or even for us to take it seriously because it was just a hobby. 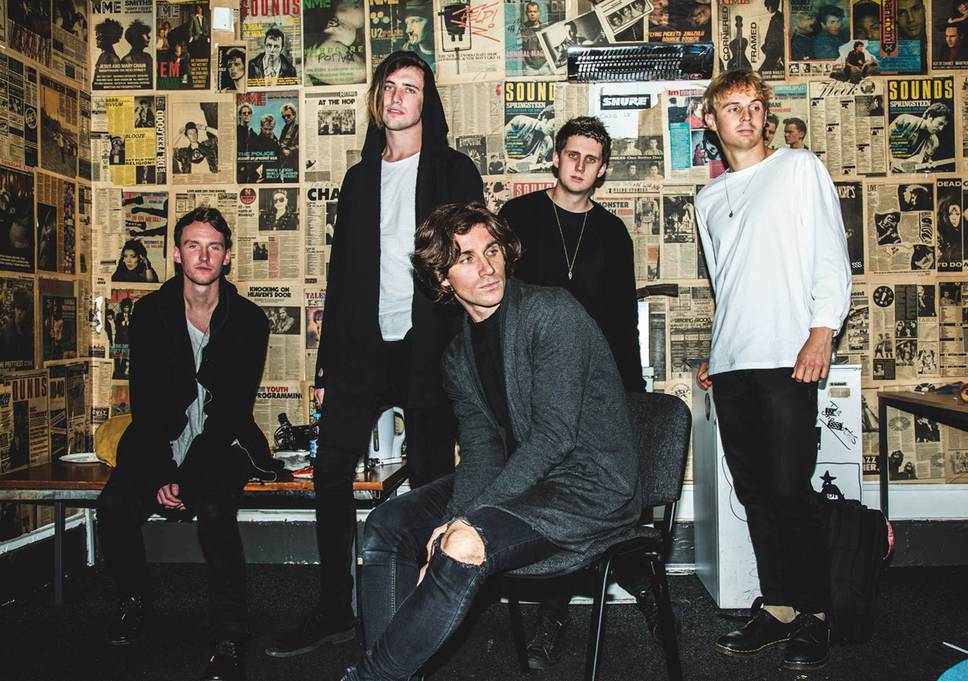 Has there been any specific moment when you thought “this is actually getting serious”?

It took a while for it to become a full time job. As soon as we left university, we had thoughts on whether to find a job about what we had studied. But we enjoyed having a band. We finished university and it went all from there really. It took us nearly three years.

Where does the name “Coasts” come from?

We’ve had different names before but we came to a point where we were actually enjoying our music, especially writing it. We wanted to mess around for the summer. We spent a summer playing this crept of this church. We came up with this sound which was a summery upbeat, uplifting. We wanted something to be punchy and simple, memorable at the same time. We thought of the band Oasis and how simple and catchy that name is, so we ended up with Coasts.

You played the Barfly in London in 2013, which was an iconic small venue in Camden Town. How does it feel to play big venues now?

We haven’t been nervous about playing a gig in a long time and I don’t know if it’s a good thing or a bad thing. We love performing and we put everything into it so we just can’t wait to play. We can’t really wait to get on stage and give people our 100%.

A lot of energy. We’ve put absolutely everything

How was playing Coachella or Reading & Leeds?

It was amazing. To be honest, Glastonbury is the best festival to me. I am from Bristol, it’s down the road from me. I have been there when I was younger so it was incredible to play to crowds of 8,000 people. Coachella has this vibe and it’s famous worldwide. It was very different, it was equally as impressive. We played in the afternoon and a band played before us just before we went on, there was about 100 people and we thought no one was going to show up and then 20 minutes before we went on stage there were 8,000 people there. We saw British flags waving. We didn’t know what to expect. We have been to America once before that. It was pretty insane, the crowd was insane.

This Life, Vol.1 came out in 2017. What was the inspiration behind it?

On our first record we were with Capital in the US and Warned worldwide. We’re not with those anymore. This record is essentially dealing with that and the struggle of it. And also the struggles of being on tour, and being without our family, the mental struggles that come with touring, the pressure that comes about. It’s a lot more different. The first record is very euphoric. Every song is punchy and big and epic.