The Gunners travel to league leaders Tottenham on Sunday to play the first North-London derby of the season.

Mikel Arteta’s side has had an underwhelming start to the season going into this weekend sitting in 14th place. Last year’s Fa cup winners have struggled for wins this season walking into the derby with only 1 win in their last five games. Despite the addition of young Brazilian centre-back Gabriel last summer, it seems only so much can be done to plug the never-ending hole in Arsenals defence.

Aside from this, Arteta’s side has shown promise when it comes to their defensive record. Defeats aside, they have only conceded 10 goals all season. The problem the Gunners face comes in front of goal with the ball only hitting the back of the net 12 times since the start of the season, a situation they will have to work on.

Many have looked to Aubameyang to provide a solution for Arsenals lack of goals in the league this season. The Gabonese striker netted 22 goals in 36 games last season but has struggled to maintain that form in the present only managing to hit the back of the net twice in 12 games.

Arteta has come to the defence of his star man, who recently signed a new three-year deal in the summer, taking full accountability to the lack of productivity in the final third. It is common knowledge around the Emirates that the Spaniard placed priority on purchasing a centre attacking midfielder last summers, which has come to haunt them with the eventual dismissal of world cup winner Mesut Ozil.

Going into this game, it will be interesting to see the lineup which Mikel will field. He has talked about the lack of creativity but has yet to find a solution to overcome this. 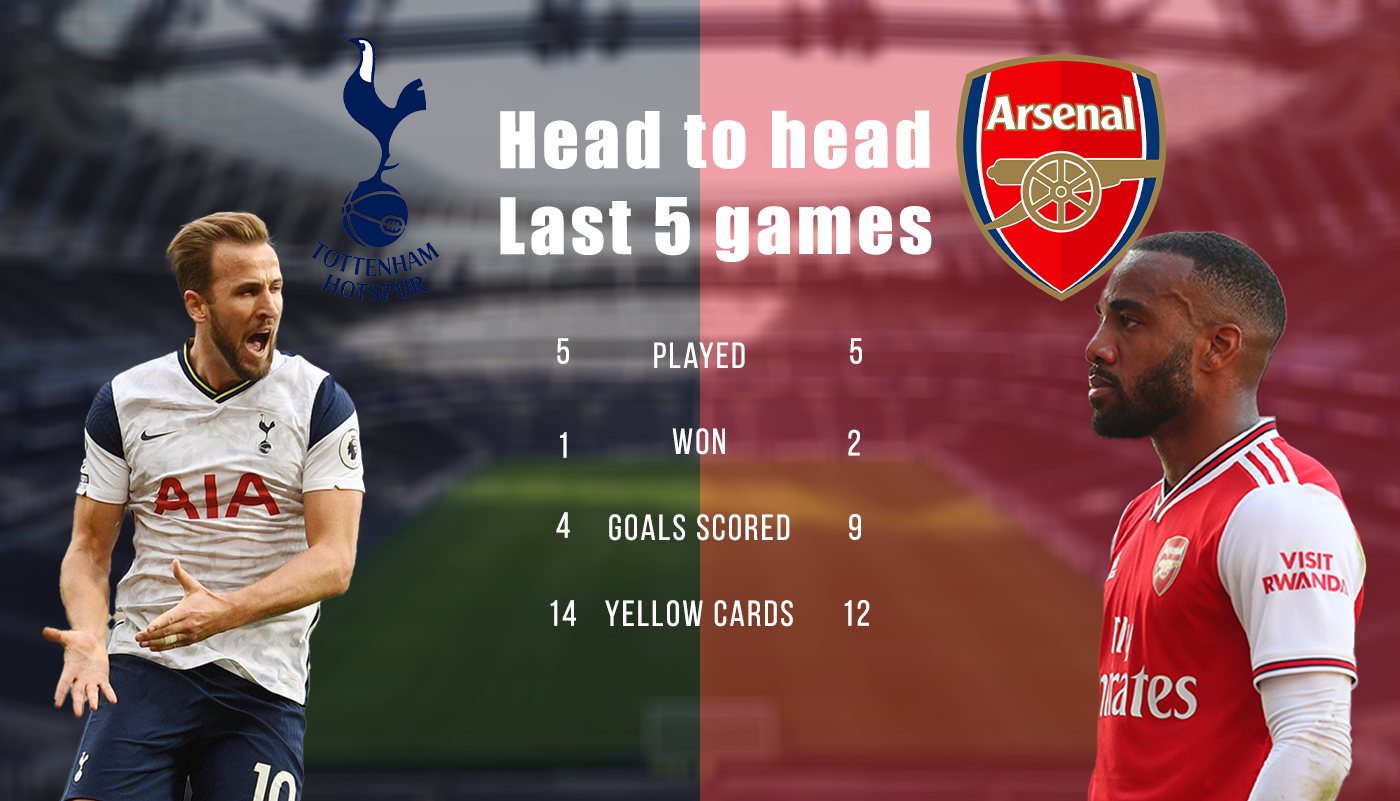 On the other side of North-London, Jose Mourinho’s Tottenham side have been relaxing as they look to maintain their position at the top of the table for the second week in a row. Spurs have started off the season better than most expected, with one loss in 12 games.

Since the addition of Mourinho, his defensive approach has fixed the leak in spurs defence which saw concede too many goals In a season. However, this season the team in white has only conceded nine goals with 4 wins in their last five games.

Going into this game, Mourinho has dropped some bad news on Spurs fans. Harry Kane is a doubt for this weekend after sustaining another injury. However, Mourinho was adamant that he “thinks” he will be on the field come Sunday.

The England Striker continues to shine once again this season scoring seven goals and providing nine assists in ten games for his side. It is no surprise to anyone that Harry Kane loves a North-London derby. In his last 13 matches against the Gunners, he has found the back of the net 10 times.

Despite their amazing start this season, Spurs still deal with the problem of closing out games. The game against west-ham shows their inability to stay focus which could potentially play into Arsenals favour. Spurs have also experienced their fair share of injuries this season but they will be glad to know that defender Toby Alderweireld is fit and back in training ahead of this weekend.

This game will be tense and mouth-watering, two teams who have a lot to prove this season. It will be tough to call this one but past instincts have shown a 2-1 Arsenal is always on the cards, we will go with that.

Make sure to head to my @michaelpatcha on Twitter where I will be providing live updates of the match from 19:15pm