Passing through Anselm Kiefer’s harrowing exhibition at White Cube’s Bermondsey gallery feels like walking through a disturbing yet familiar dream.

The corridor is lined with towering glass structures, containing dark knot-like arrangements, scribbled equations and entwined masses of tubing that scream ‘something bad has happened here.’ 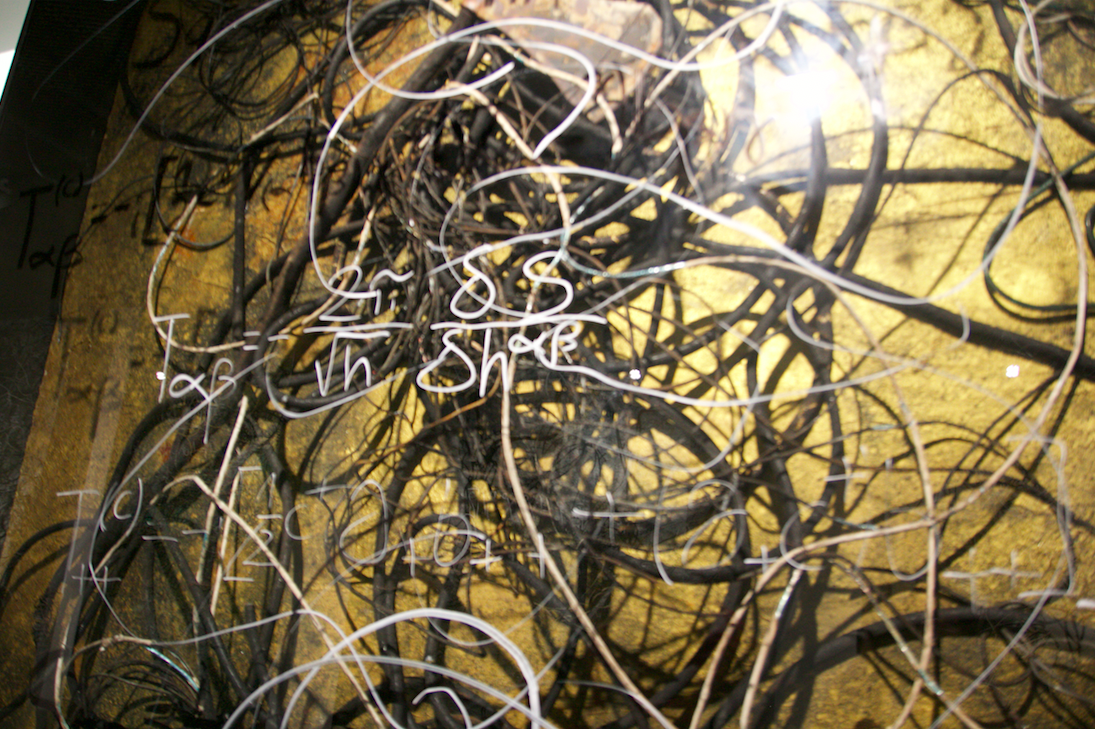 The German painter’s work draws on the scientific concept of string theory; which attempts to articulate the very complicated interactions and mechanics of the universe.

His new series of paintings, featuring barren scenes and rows of charred vegetation measures over 7 metres, locating the viewer at the bottom of the frightening sweeping landscapes. 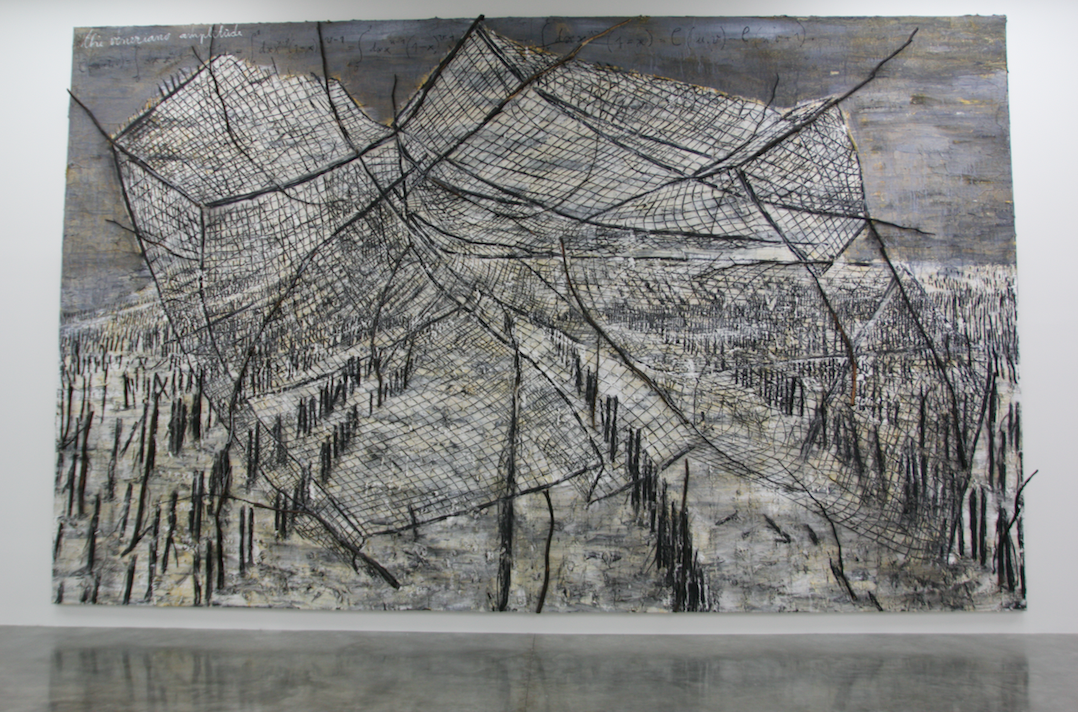 It’s difficult not to feel overwhelmed falling witness to the post-apocalyptic scenes Kiefer portrays. The canvases are vast, cracked and blackened- thick with paint, and thick with pain. They’re violent, wounded, terrifying paintings. 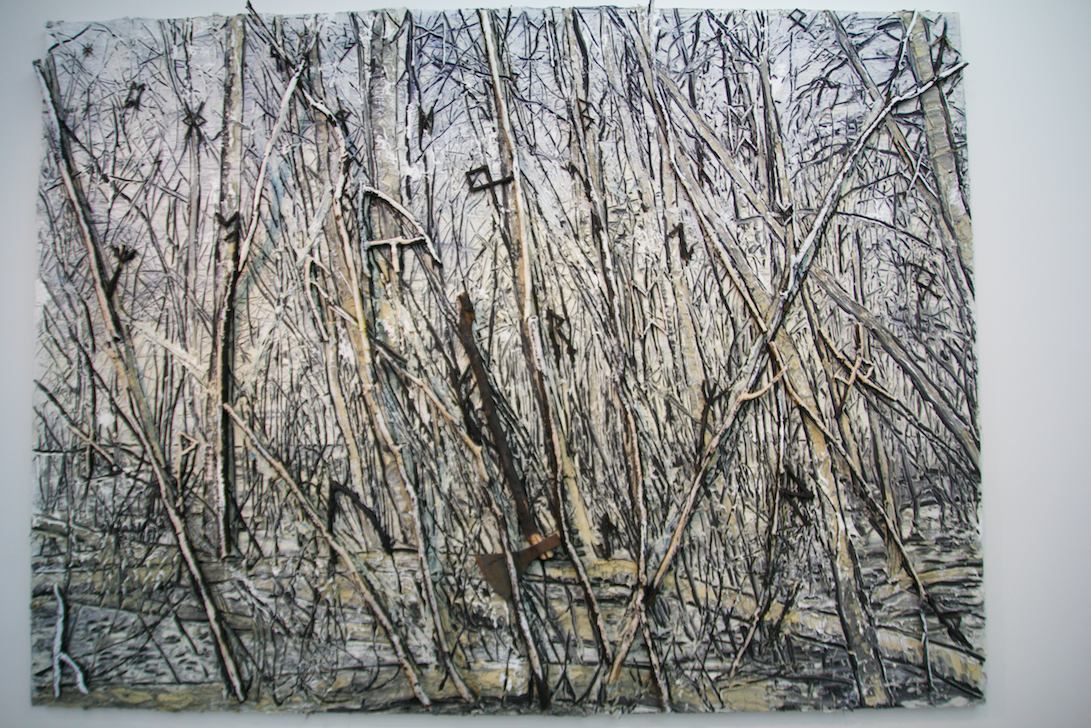 What does the charred forest represent?

Kiefer is notorious for his panoramic canvases packed with allusions to history, religion and conflict. Exhibition curator, Kathleen Soriano tells Time Out his forest landscapes represent ‘A place of refuge’.

Kiefer was born at the end of the war in 1945 and, traditionally, in German towns when the bombers came, people would hide in the woods for safety. Although, if you think of the Brothers Grimm Fairy-tales, the woods would equally be a place of danger.

His materials demonstrate an obsession with sand, hay and string. With the combination of runes, Norse mythology and physics, Kiefer suggests that ‘Everything is connected: the missing letters, string theory, the Norns, the Gordian knot.’

Kiefer’s restless mind is laid bare on these canvases. His work demonstrates how he attempts to comprehend Norse mythology, astronomy and history and art itself. Is art meant to be ugly? Isn’t the world ugly? These are the questions Kiefer seeks to address. To find meaning in this increasingly meaningless world.

As you exit the show, back through the central corridor to escape the recurring nightmare, you realise that he has dragged you along with him; he’s made you complicit in his own fear and exposes yours at the same time. 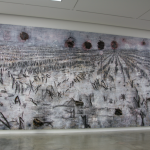 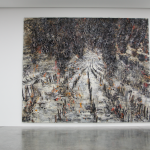 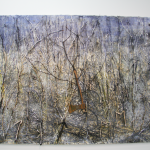 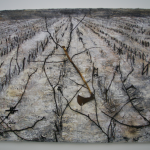 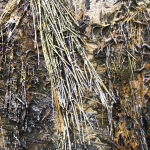