The actor Noma Dumezweni, best known for playing grownup Hermione Granger in Harry Potter and the Cursed Child, confessed to the BBC that the character taught her a lot in the last few years. 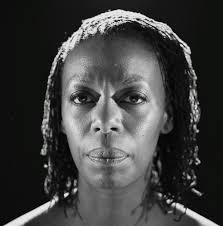 “Until recently I didn’t understand what form, energy and shape my anger could take. It felt like it came out broken,” the actor explains.

“Although generally calm and level headed, righteous and empathetic, Hermione knows how to use anger effectively when it’s needed.” This has helped Noma accept her burdens and realise her boundaries.

“I feel I’ve reached a point in my life where I’m finally trusting myself to know what my needs and wants are, and if those aren’t met, I trust the anger I feel. It’s honest.”

Noma’s acknowledgement of her feelings as an individual on stage has influenced the way she handled the backlash when she was cast as Hermione back in 2016.

Some Harry Potter fans didn’t easily accept the surprise of a dark-skinned woman playing the usually pale Hermione. This shed light once again on inclusivity, diversity and stereotypes in the arts and entertainment world.

However, J.K.Rowling, author of the famous saga, fiercely supported the choice of the casting on Twitter:

J.K.Rowling has been teaching important lessons about tolerance for decades.

Telling an iconic tale of magic, love, self-sacrifice, leadership, failure and growth, her beloved Harry Potter books have introduced millions of readers to the importance of diversity.

Three out of the four Quidditch sports teams at Hogwarts School of Witchcraft and Wizardry consist of both genders, there are people of African and Asian heritage throughout the books and Albus Dumbledore, Hogwarts beloved headmaster and Harry Potter’s mentor, has been later revealed to be gay.

What is most important about the inclusivity argument in the narrative, is the diversity-related conflicts unfolding.

Lord Voldemort, the most evil wizard ever, takes advantage of the mistreated house-elves, promising them more power if they were to take part in his killings and destruction sprees.

With the coaching of Albus Dumbledore, Harry Potter learns how to include these outsiders in his life. Through his actions, Harry Potter manages to consolidate a symbolic relationship with magical creatures.

How many times have we witnessed somebody verbally or physically assault, exclude or mock someone, claiming they deserve it due to their diversity?

The list goes on. In Book III and IV, the usually excluded werewolves, goblins, elves and half-giants team up with Harry to defeat Lord Voldemort and his Death Eaters.

Both sides used diversity to battle each other, but many Hogwartians found ways to include different creatures leading to the discovery of their hidden powers.

Watch the video down below for more examples of inclusion and diversity in Harry Potter:

Being inclusive encourages relationship-building, stereotype breakdowns and discovery of the strengths and skills belonging to others.

Diversity alone is for Muggles. Inclusion of diversities is the real magic.

To learn more on the matter, the Voice of London spoke to Manuela Vita, artists assistant at Fantasy Events European conventions.

Manuela told the Voice of London: “In general, in the arts and entertainment world we have moved forward. It might be for the political situation or maybe just because the Internet-generation finally has the space to give voice to their experiences and feelings.

“Millennials hugely influence the social point of view towards minorities and exactly because TV and theatre are amongst the biggest channels of communication, whomever is part of it feels they have the duty ti support the movement.

“Finally, the path is paved and although we still have a long way to go, we almost take for granted that every one part of the entertainment industry accepts and represents minorities and their cultural peculiarities.”

“Personally, I did not like how J.K. Rowling justified the choice, saying she never described Hermione as ‘white’. It would have been easier to admit that she had included this specific character to highlight once again the diversity in her narrative and to make an almost politically correct choice.

“But having seen The Cursed Child play over 12 times, I can confirm Noma is definitely a notch above her substitutes and overall, an amazing actress. After all, she has been the best choice for this performance”. 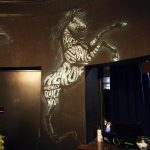 The Cursed Child theatre decorations in London and New York 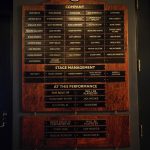 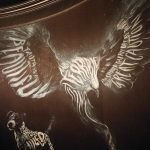 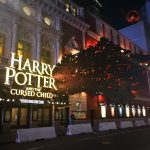 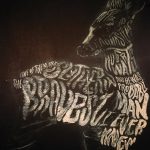 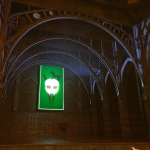 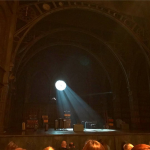 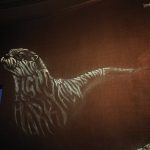 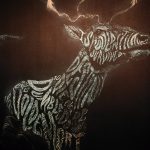