I spoke to one young Londoner striving to give young people a voice on issues surrounding the environment. 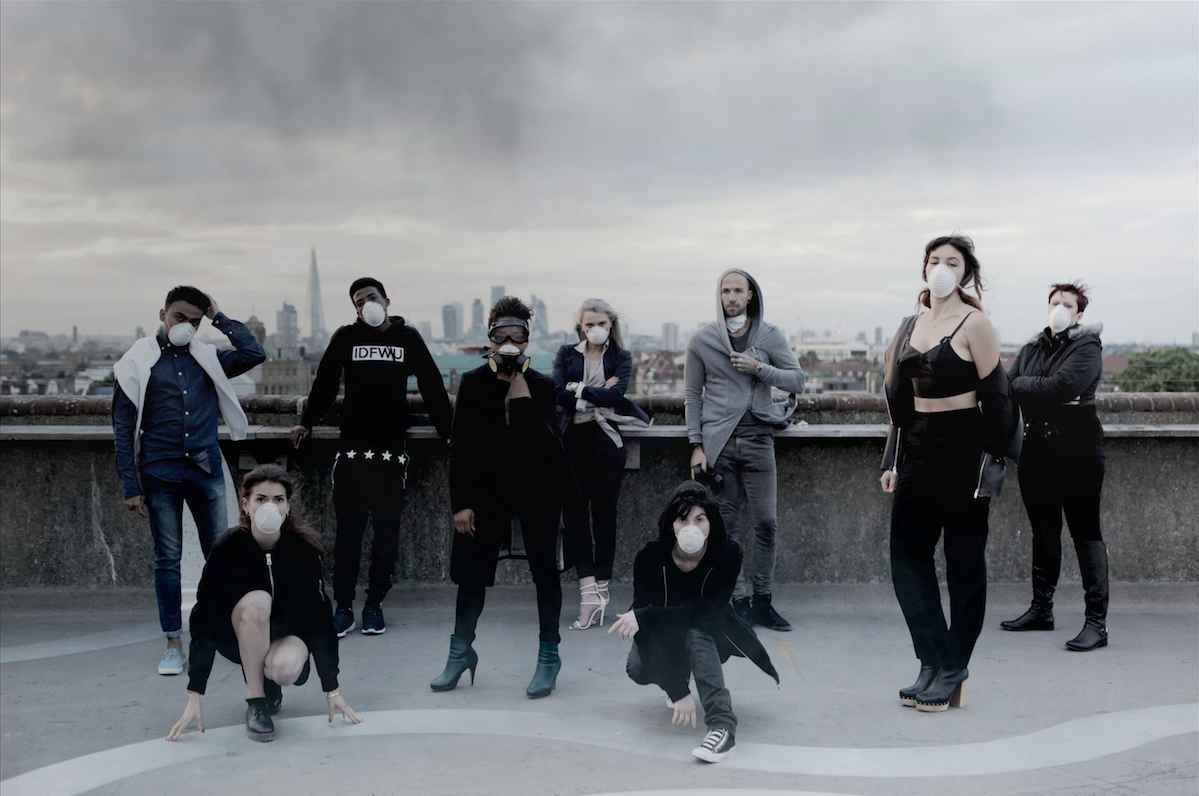 Volunteers from the Clean Air Now campaign | (by Wonderland)

In light of the recent US Presidential election, fear has spread across the globe about the fate of our planet. Donald Trump has been vocal about his views on the global warming crisis for years on social media, tweeting controversial statements like “Any and all weather events are used by the GLOBAL WARMING HOAXTERS to justify higher taxes to save our planet!”.

Despite what Trump believes, 97 percent of scientists have agreed that humans are responsible for climate change and that it’s a very real threat to our planet. With air pollution being one of the main culprits for global warming, focus has recently shifted to London’s air quality.

London is full of vehicles pumping out harsh NOx gases, leading to the highest recorded levels of the toxic gas in Europe. With thousands of Londoners breathing this air in everyday, it is thought these toxins in the air are responsible for the deaths of 9000 people a year.

Boris Johnson has been accused of covering up statistics regarding London’s air pollution crisis after an unpublished report from 2010 found 433 of the city’s 1,777 primary schools air quality were well outside of the EU safety limits. Furthermore, 83 percent of those schools were considered deprived schools. This under-reporting, supports the claim by many activists that the rich elite such as Trump and Johnson are pushing aside environmental issues and ignoring the cries of concern from the public regarding air safety and climate change. 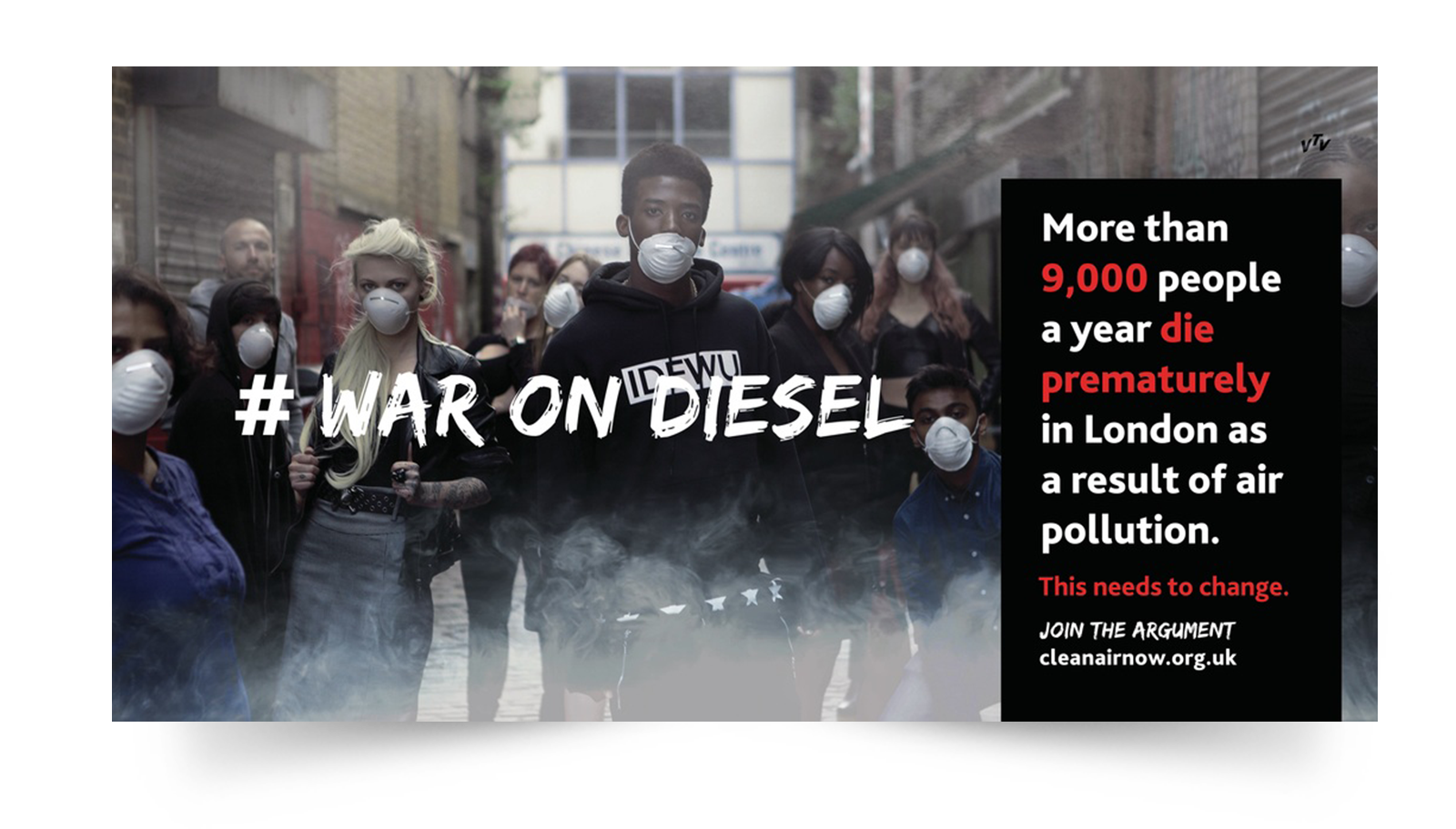 Billboard from the campaign using controversial hashtag | (by cleanairnow.org.uk)

There was controversy surrounding the Paris climate change summit in 2015 after the government banned all protests in light of the terrorist attacks. However, activists were not satisfied and took the ban as an attack on their right to free speech and raise awareness about their concerns that governments weren’t doing enough to protect the environment.

Juliette Rousseau, a spokesperson for the French coalition representing 150 organisations, said: “Even before the attacks of 13 November, the government was trying to close the borders to activists, trying to ensure the mobilizations would be as small as possible. The state of emergency has turned out to be a tool they could exploit to achieve this. They never wanted their agreement to be received with waves, never wanted their party to be ruined by civil society – which in its diversity is actually the best expression of society’s interests.”

For years environmental activists have felt like they have been shunned and silenced by the government but in the wake of a new mayor who promises to transform the capital into a cleaner, greener environment, people are taking action and trying to rally the public to work alongside the mayor and help make a change.

Amongst the environmental activists is a group of young Londoners who have grown fed up of breathing in toxic air and are taking matters into their own hands to give young people a voice on the issue. The Clean Air Now campaign was set up in August 2016 by two 24 year olds, Vasilisa Forbes and Claire Matthew. Forbes thought up the idea of using billboard advertising as a way of raising the air pollution issue after successfully using the same tactic prior to the campaign, as part of a public art project.

She said: “I researched into my own ways of using and purchasing billboards. I found a company that specialised in ‘democratisation’ of billboard spaces, making them cheap and affordable.” This approach allowed her more freedom, she said: “I no-longer had to create something for someone else’s interest or under their rules, so I was freely able to explore and create political messages that were of my own choosing. This I found to be a truly democratised tool, allowing individuals like myself who freelance in the arts to make a louder statement, without needing huge backing or the power of a brand behind them.” 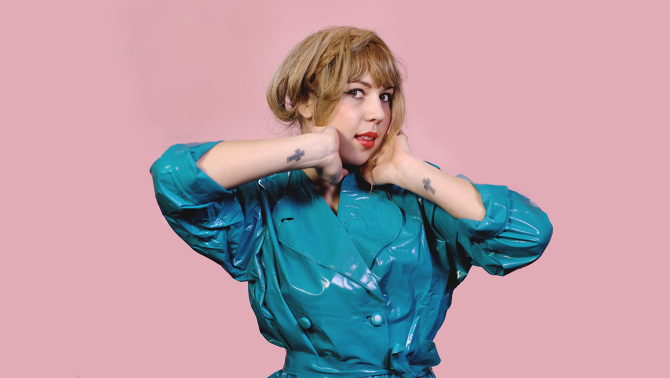 Once the idea was formed, Forbes teamed up with graphic designer and friend, Claire Matthews and they began to set the campaign in motion after it occurred to them that despite growing up in London, in the past year they had really noticed a change in air quality. Forbes said: “We both begun to really feel the effects of the air pollution both on ourselves and the environment around us – and we really started to physically notice it – smell it, feel it and see it on our skin.”

In August they launched a series of billboards across London to try and convince fellow young Londoners to get involved and join the campaign for cleaner air. Featuring strong images and hard hitting fact printed at 48 Sheet Size, it’s hard not to take notice and question how safe our air is. They focus on sharing shocking statistics, promoting the use of electric vehicles and cutting exhaust emissions.

Before the billboards were even on display the campaign had upwards of 50 people on board and after the release, the campaign continued to gain momentum. They have gained the attention of large NGOs such as Clean Air in London and Client Earth who have supported the cause.

Forbes has been keen to rally together the current youth population of London, stating that their aim “is to give a teenage angle and teen voice to this issue.” However, the edgier approach may be stalling their progress with gaining support from MPs. Forbes explained how she’d spoken to the mayor’s office, who were very supportive, with one member being very fond of the campaign and outreach, yet was told the office would not openly support the campaign.

Forbes said: “I believe this was down to our use of the words ‘war on diesel’ as part of our message, which would definitely not be suitable for the mayor’s office, however it works perfectly for an initial, anarchic and powerful message. Perhaps our use of edgier imagery and language tends to frighten off those who have a point to prove. “

The billboards are no longer on display but the campaigners don’t intend to stay under the radar for long. They are currently in the process of ordering new spaces for new adverts and will play an active role in February 2017 as part of the Pro Electric campaign. 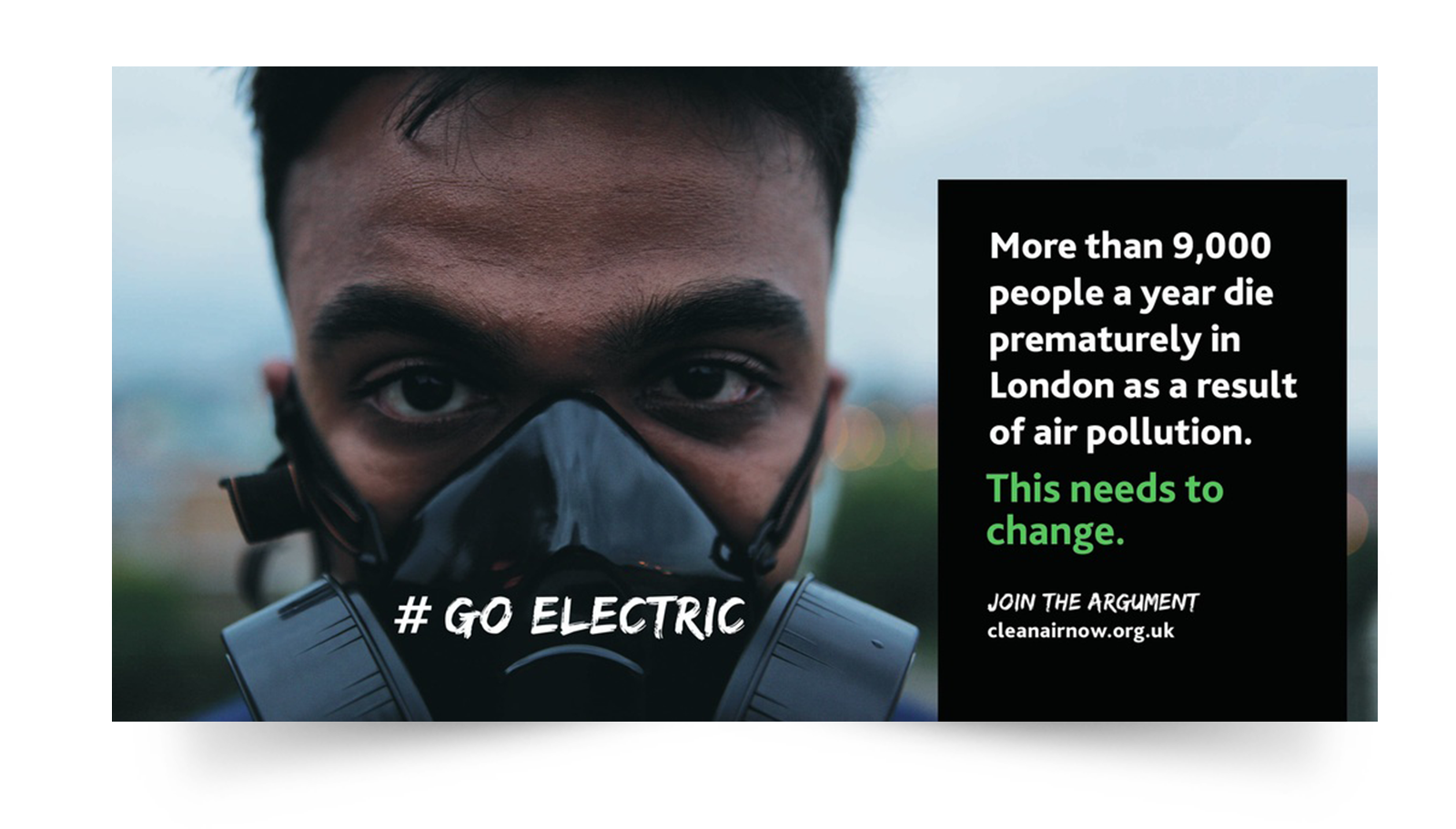 Pro- electric billboard from the campaign | (by cleanairnow.org.uk)

Looking to the future, Forbes says their focus lies primarily in reaching out with more campaigns and making their message louder and clearer, with the hope of seeing a distinct change taking place in both individual mentality and at government level.

She also talked of plans to team up with pro-electric brands such as Formula E, who have already shown interest, and Tesla, whose cars they will be photographing to try and raise awareness of choosing electric as an alternative to diesel or petrol.

Whilst their campaign continues to grow, Forbes says she plans to keep her eyes on our new mayor, Sadiq Khan, and doesn’t want him to “give up” or “water down” his initially ambitious moves.

For young Londoners growing up, living and working in London, this campaign gives them a voice. For those interested in signing the petition, visit their website. The campaign is striving forward and serious about making a change.  With the worst air pollution in Europe and lives at stake, the time to act is now.