Yoga Paws UK is one of the few yoga studios in London that offers stress-free and calming yoga sessions but in an unconventional way by adding puppies to the already tranquil fitness routine.

For 60 minutes, you get in much-needed breathing and stretching exercises that combat common mental-health issues such as depression, anxiety, stress, bipolar disorder, PTSD and loneliness – which many scientists believe can be widely decreased by contact with animals, but especially with puppies.

According to an article for National Geographic, scientists have linked the euphoric sensation experienced in the presence of puppies with the theory known as the ‘baby schema’ effect, which says there’s a substantial release of the chemicals oxytocin and dopamine, similarly released when we fall in love.

For £35, you can attend one of Yoga Paws UK’s puppy-filled yoga classes taught by experienced instructors who encourage you to play and cuddle with the puppies during the hour-long fitness session.

During this one-of-a-kind opportunity, the puppies also benefit from the animal-human bond by giving them the time to learn vital socialization skills which helps them calmly transition into their forever homes when the time comes.

If you’re interested in experiencing the many health benefits such as lowered blood pressure or a mood boost first hand, visit Yoga Paws UK by purchasing tickets here. 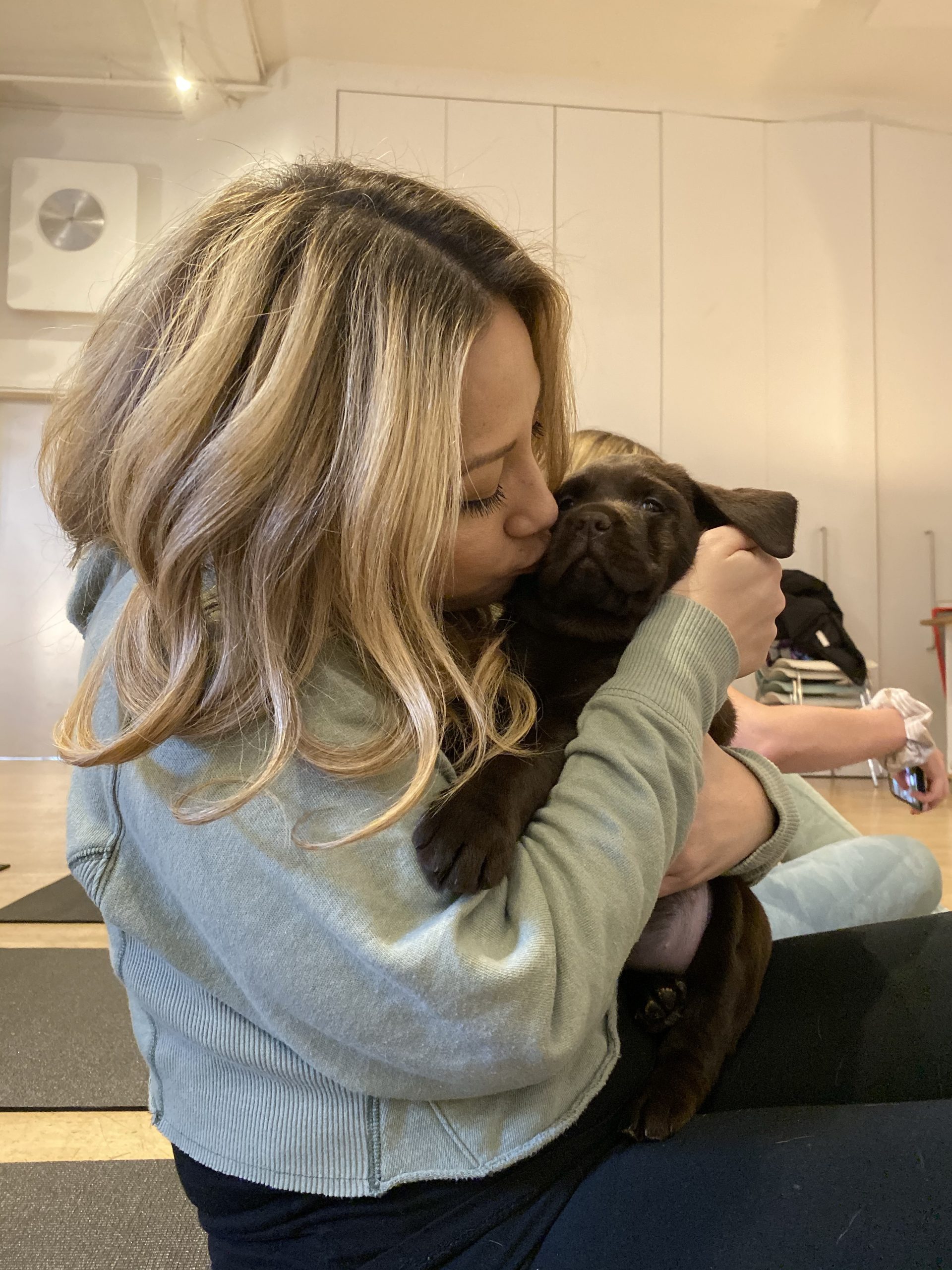 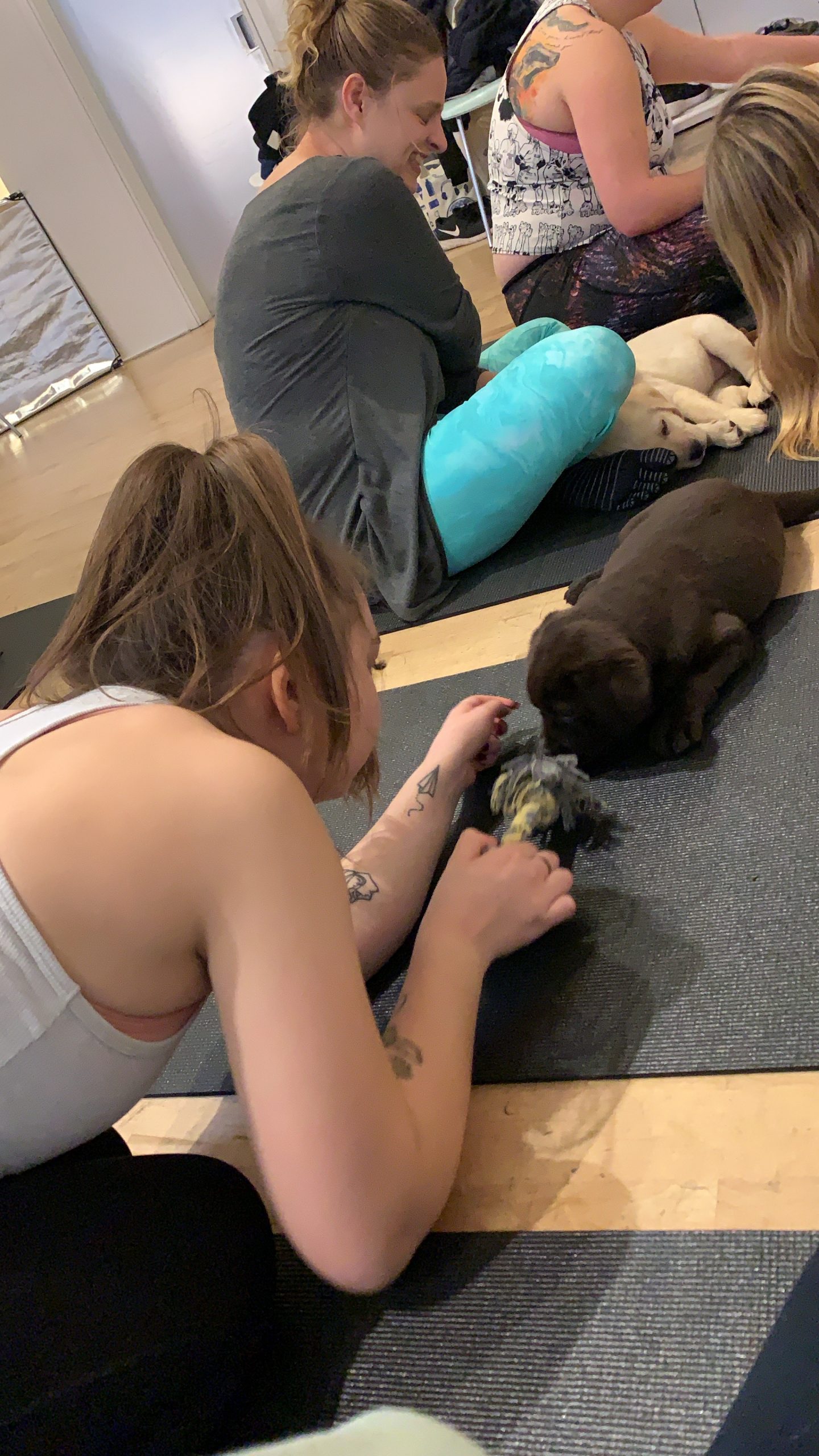 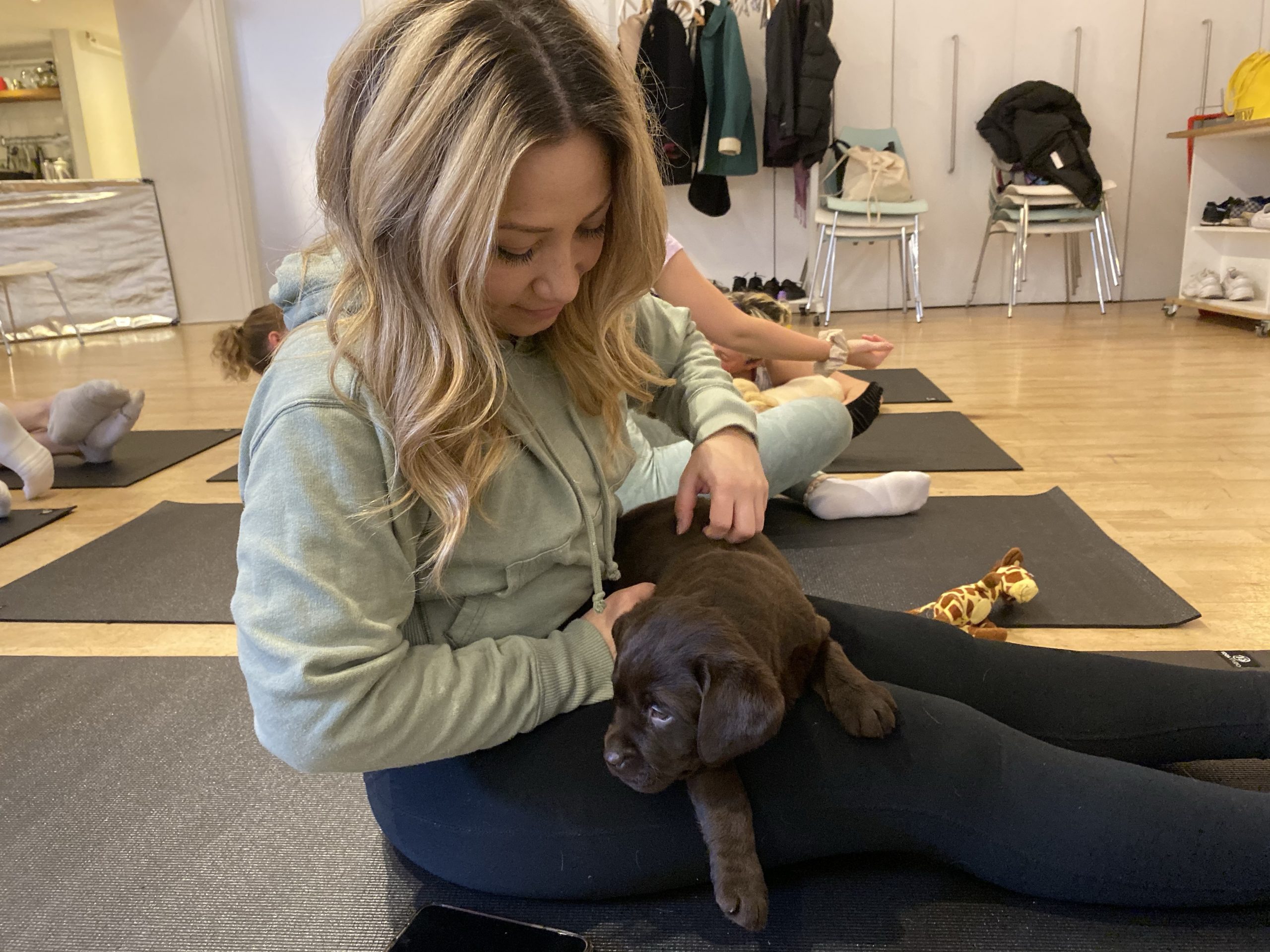 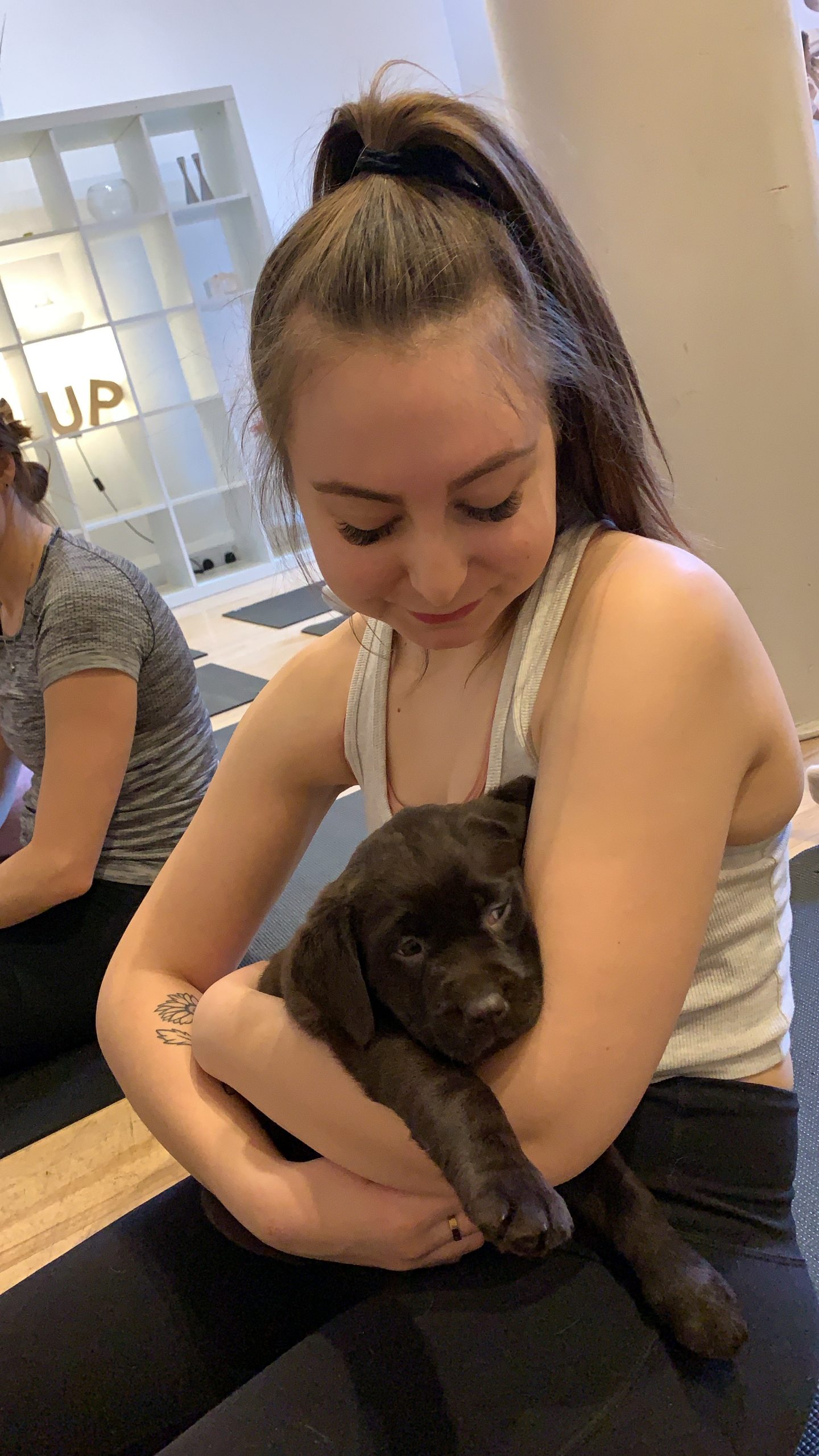 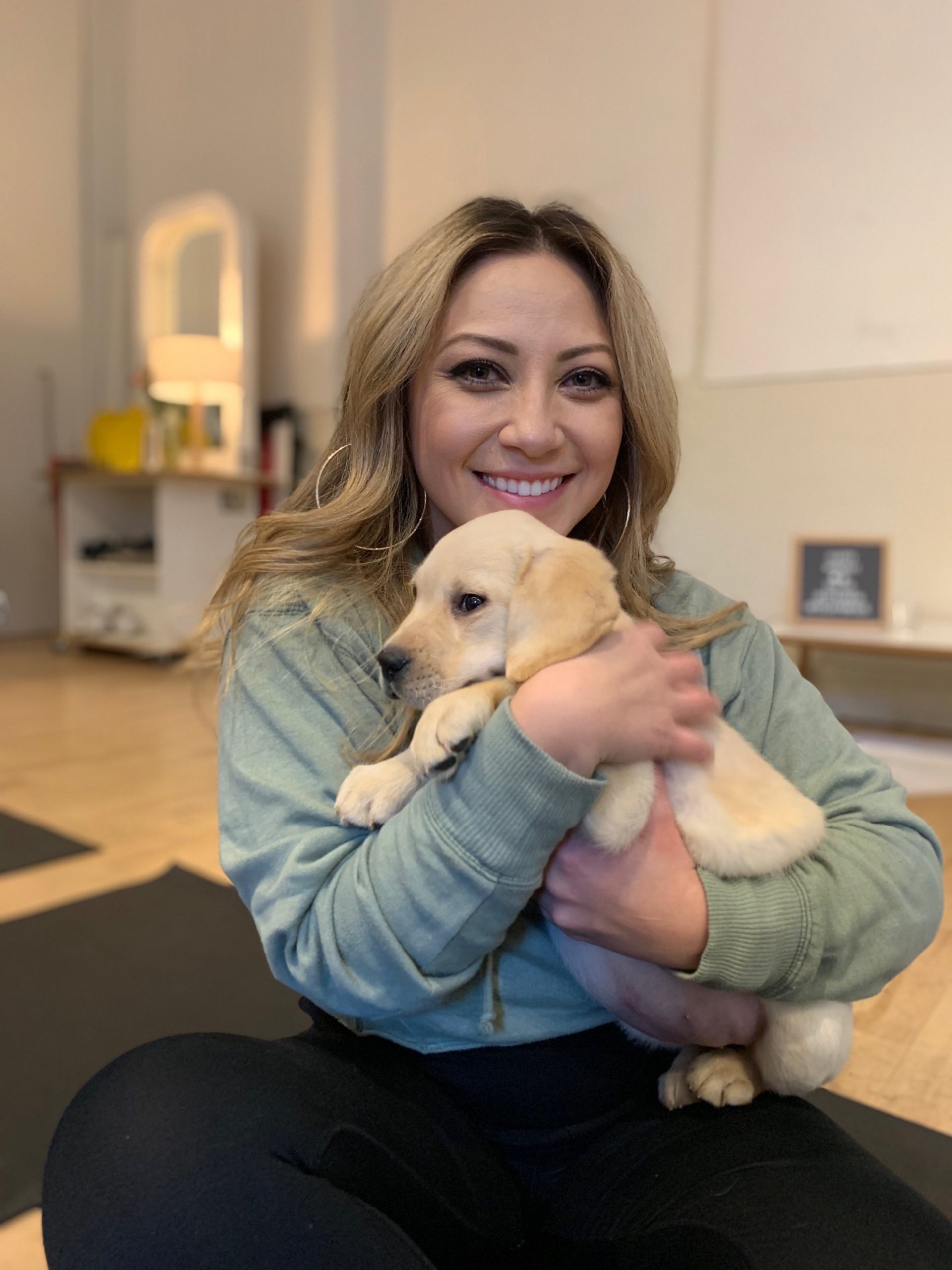 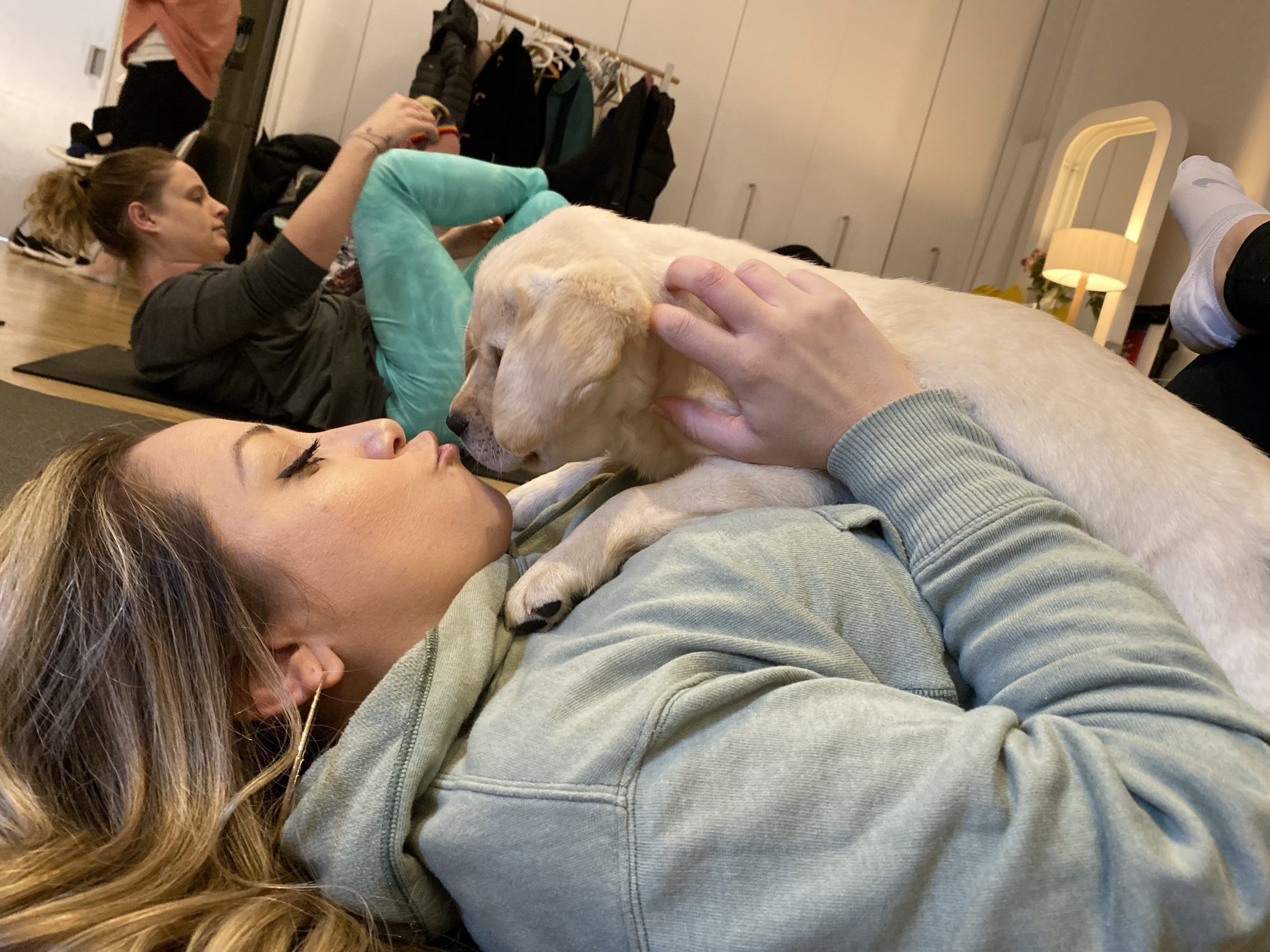 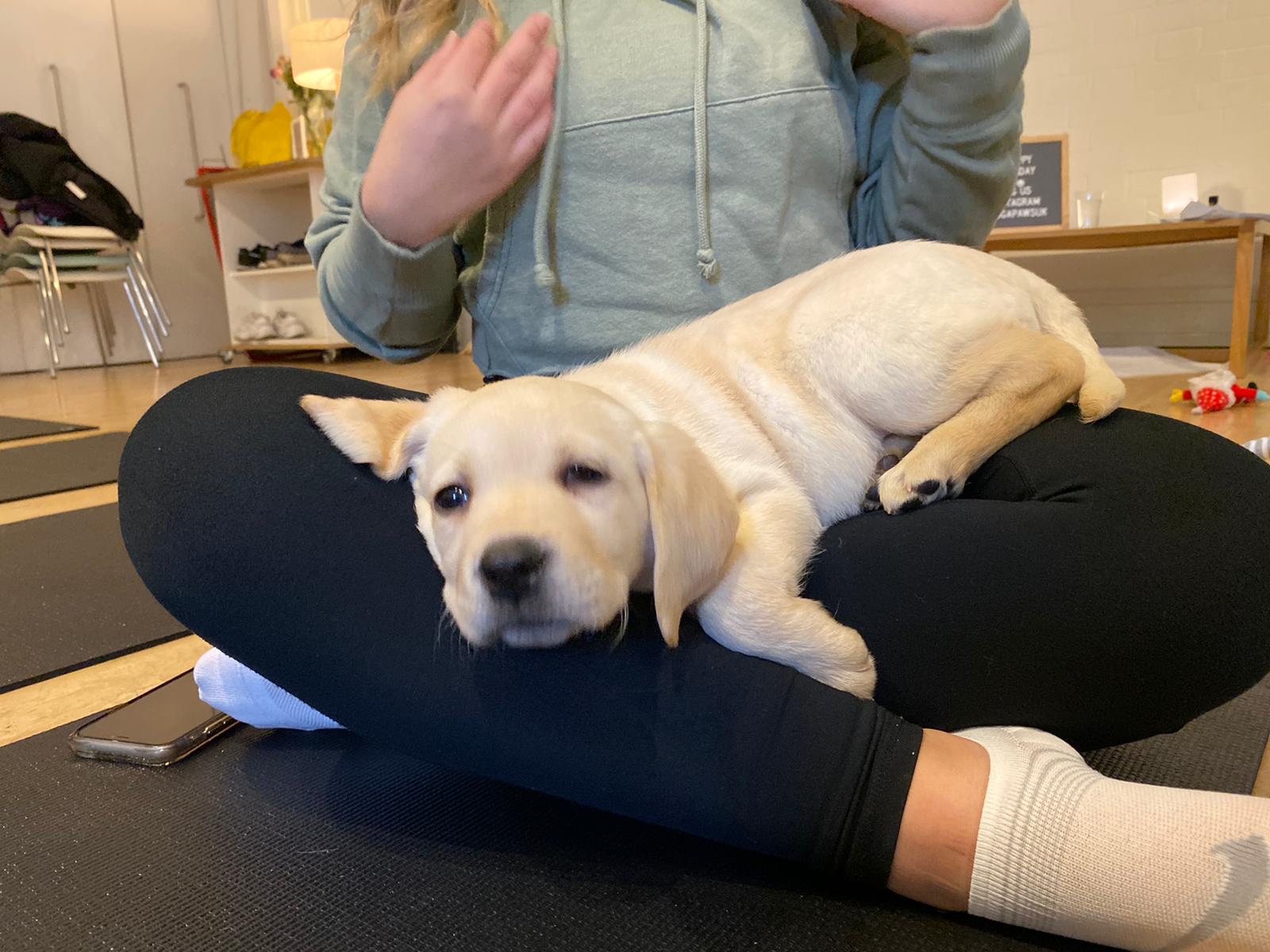 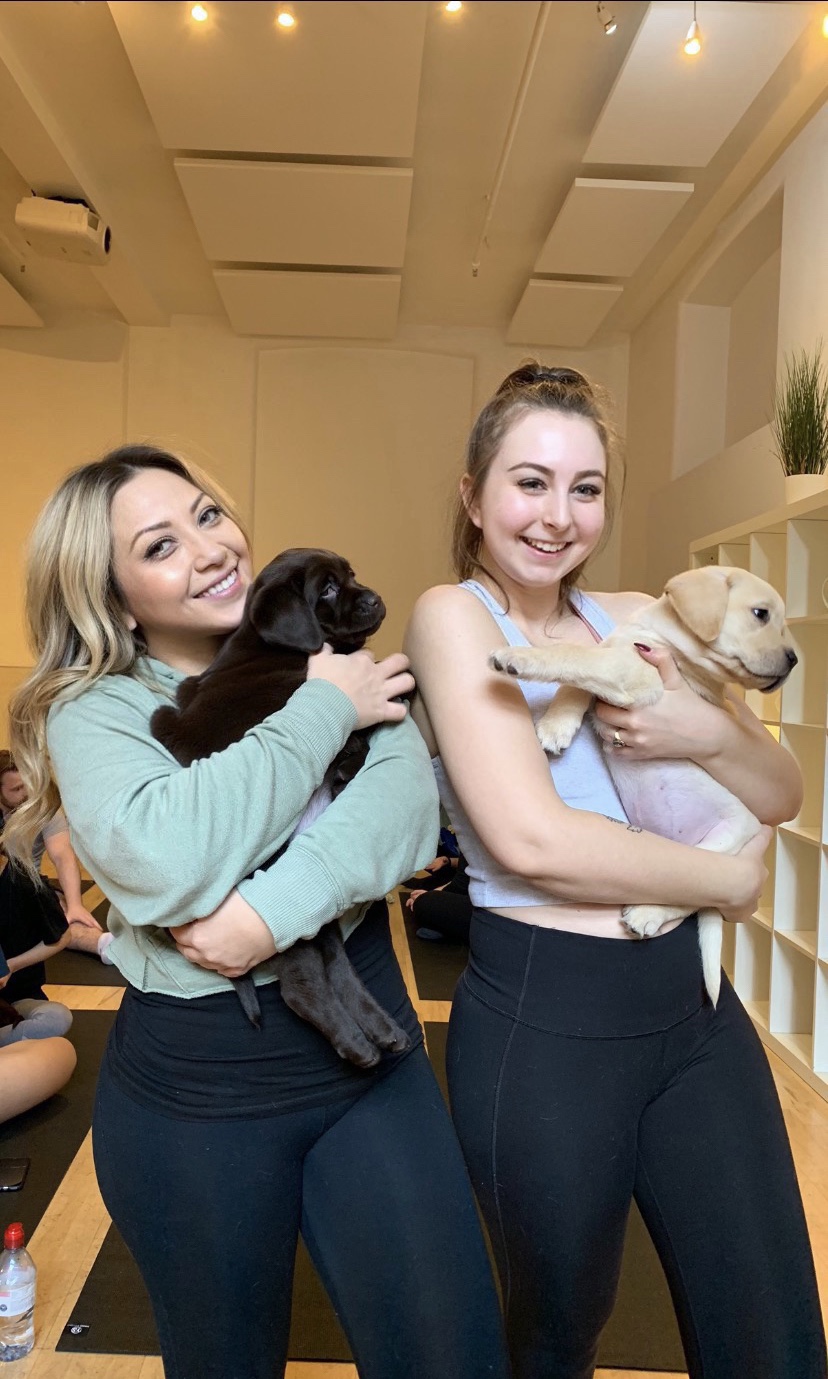 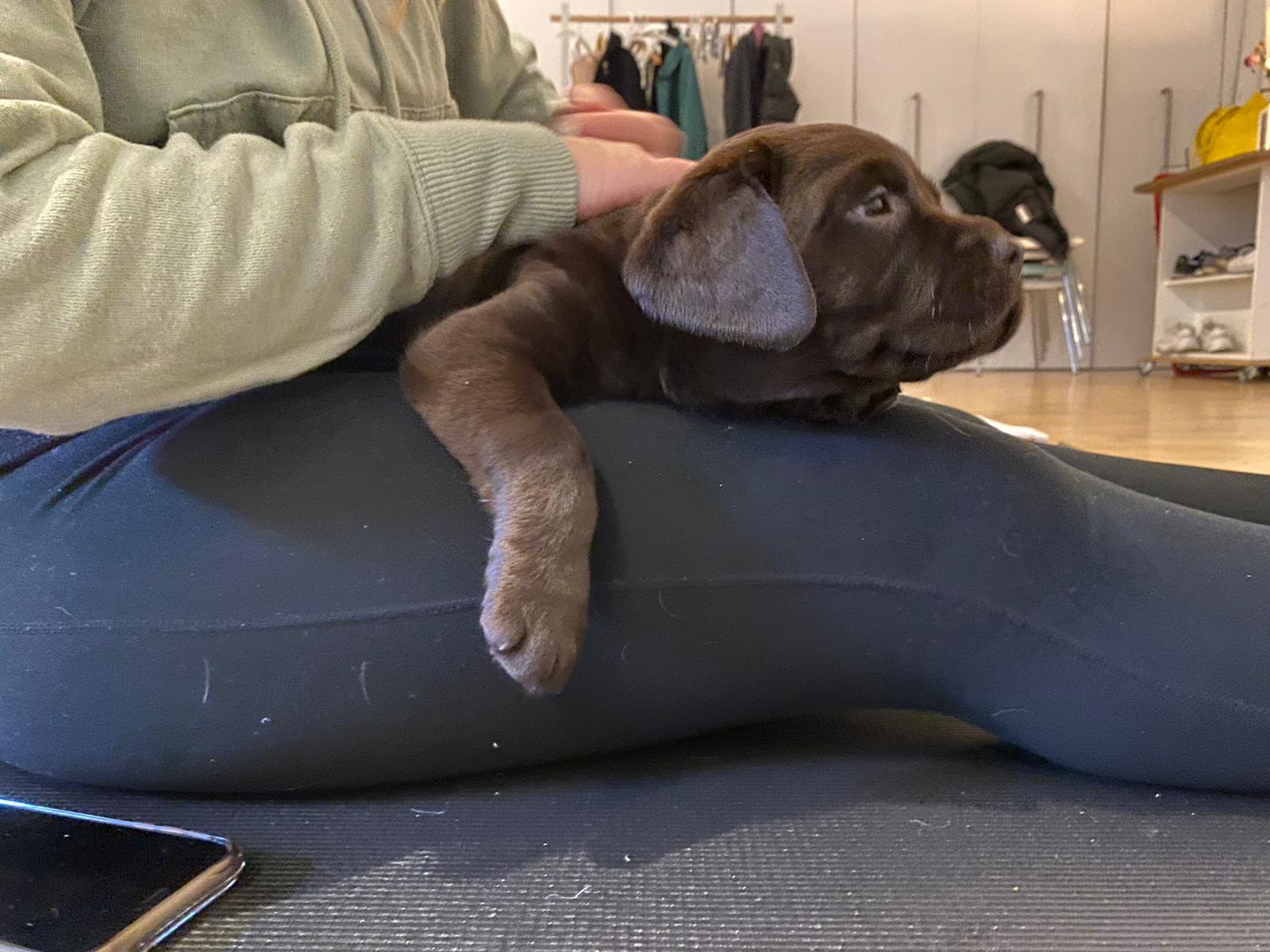 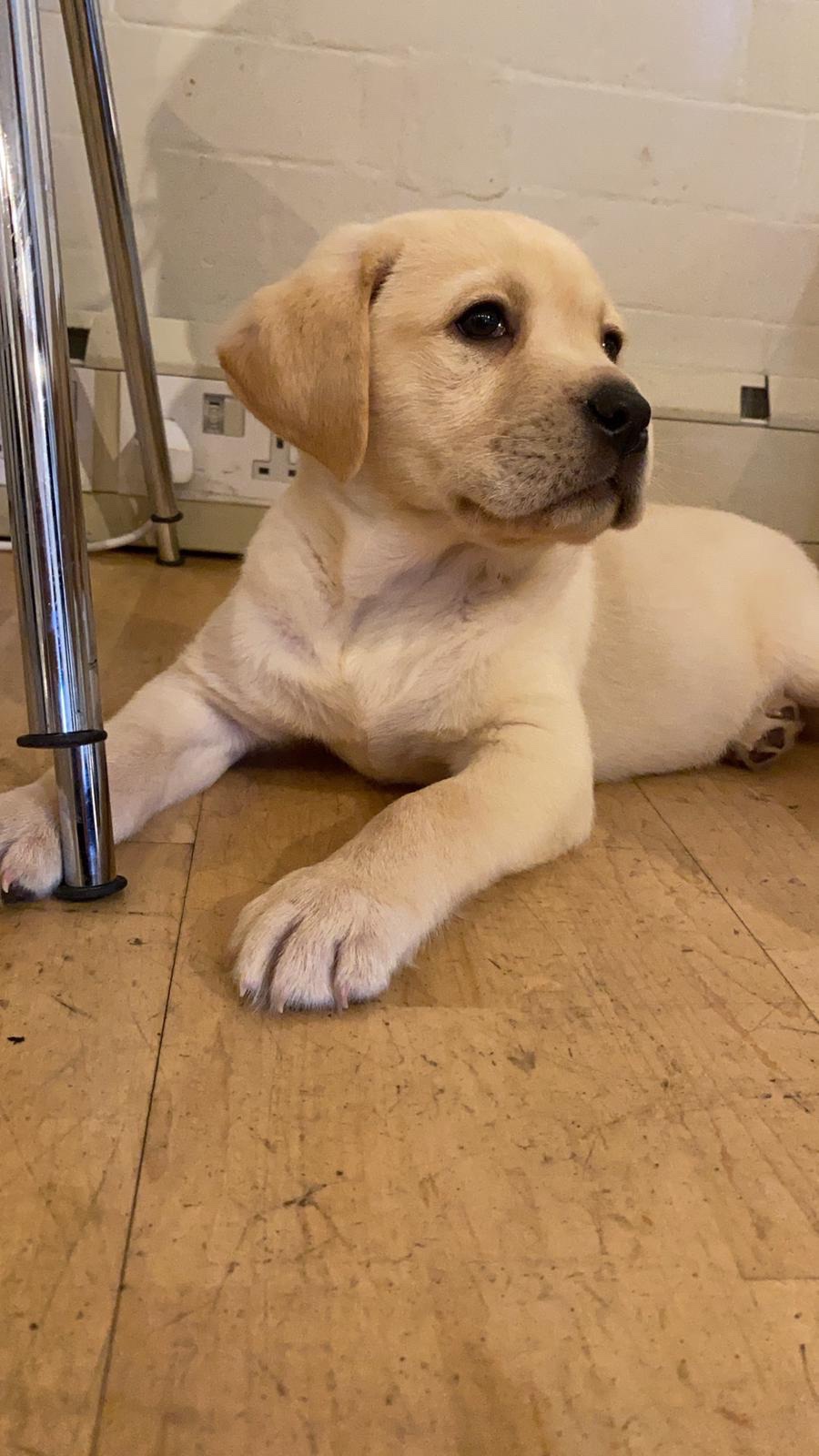