According to a study carried out by the Samaritans and NetworkRail, there were 6,507 suicides in the UK last year, which shows an increase of 10.9% since 2017.

Around 4.4% of those suicides took place on the railway – That’s around 286 people.

Although such data is alarming and undeniably enhances the need for better campaigns and better support towards those who suffer from mental illnesses, which begs a serious question.

How are the train drivers faced with such traumatic events supported, and do they need any type of support at all?

There are only a handful of individuals that have gone through the horror and been willing to talk it through with the press, Dave Goodwin is one of those people.

The 63-year-old worked the railways in the late 80’s and was involved in eight railway suicides. He has recently spoken to Plymouth Live, where he explained the horror of those experiences, and the effect it had and still has on his life- Four decades later. 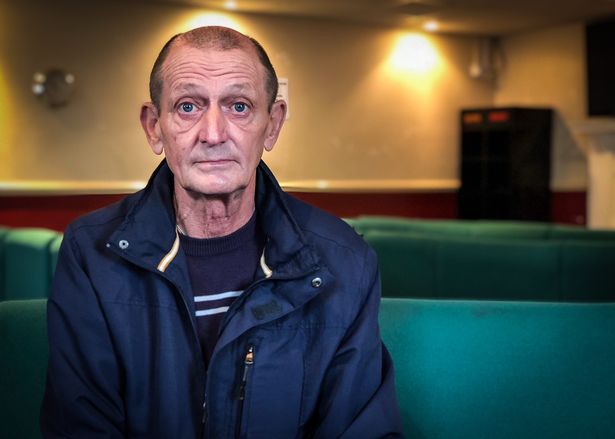 “It’s a shame for the driver, it’s a shame for his family, if he’s got kids, his kids will see the difference in him, his wife will. When you’re married like I was – I’m divorced now – it’s a big impact on your family, on the train driver’s family. It doesn’t just affect the driver.”

“It alters your attitude, your behaviour. It’s frightening and you don’t know what is happening to yourself. It can cause a lot of rows, they don’t know what is going on with you until you see a doctor. Then you get told that you’ve got severe chronic PTSD, and that makes you feel terrible all because someone was selfish doing that – they shouldn’t do it.”

“I know that times are desperate, desperate people do that, but there is help out there, please talk to someone.”

RMT is the National Union of Rail, Maritime and Transport workers; and their purpose and aim is to protect their members. When contacted about Railway suicides and what means there are to protect workers who are faced with the saddening circumstances; this is what the health and safety representative Paul Clyndes had to say.

“RMT do not have any specific policies on workplace trauma support, that is the duty of the employers. However, we would expect the employers to work above and beyond their legal responsibilities to care for their employees health and safety and this includes their mental health.”

“The Rail Safety and Standards Board [RSSB] are the industry body that supports the employers in matters such as this. They have recently re-published guidance on trauma management policies and the RMT were involved in the development of, and consulted on, the contents of the Guide. We believe that this sets a good standard for employers.”

In that document, its suggested that one of the best ways to tackle the situation is to make sure that during recruitment, workers are made aware of the possibilities of trauma and prepared to embrace the worst.

It’s also suggested that as series of Psychological questionnaires should be made in order to test one’s mental stability and vulnerability to PTSD and other mental health disorders.

When mentioning how someone who has already lived through an incident should be treated, it’s said that one should be able to take as much time off as needed, in order to recuperate, alongside the necessary/appropriate psychological help.

Just last year driver Scott Walker, 43, was found dead at his house in Hendon- after he suffered from a mental breakdown shortly after taking a man’s life on the railway. Walker was given a few months off but during that time it all spilled out of control, he broke up with his ex-partner and started drinking heavily, this is what she said in a hearing.

“After the train accident, which was confirmed as a suicide in January 2018, it really affected Scott. He was never the same after that. He would drink heavily and have a temper.”

While most campaigns and contingency plans are targeted towards suicide victims, and rightly so- there hasn’t been a lot that’s done to ensure drivers remain sane and supported after experiencing suicide on the tracks, so who should be held accountable? what’s the next step? and who will start the change?