Festival Republic have announced a new tented concert series heading to Gunnersbury Park,
later this year and this is all you need to know! 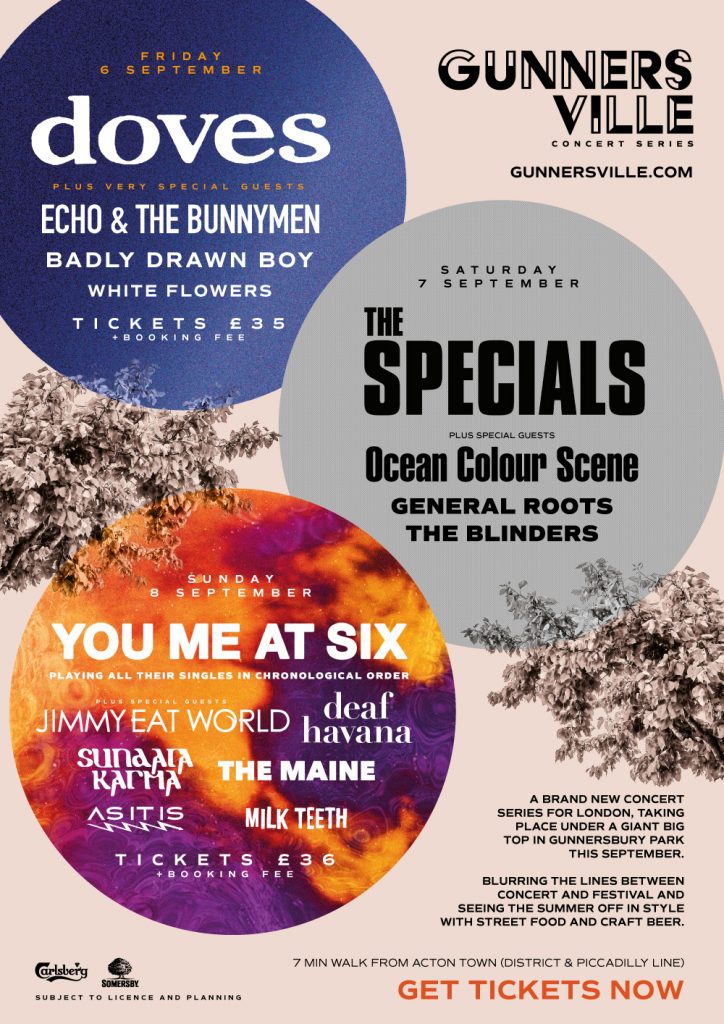 Gunnersville is set to blur the lines between festivals and concerts, showcasing the best in music. Topping the bill are headliners Doves, The Specials, and You Me At Six.

Doves headline the opening night of Gunnersville on Friday 6th September having made their
celebrated return from a ten-year hiatus. Sparking memories of their two UK number one albums
and an array of critical success, including an impressive two Mercury Prize nominations in three
years, the band has been welcomed back to the live music scene with arms wide open. With the
effusive response of fans and critics confirming Doves are once again at the peak of their powers,
these Manchester legends are sure to bring their famously electric live performance to Gunnersville.
Expect an utterly absorbing and completely brilliant show, with anthems such as “Black and White
Town”, “There Goes The Fear”, and “Kingdom Of Rust”.

Coming off the back of their 2019 critically acclaimed number one album ‘Encore’, British ska
legends The Specials will make their headline appearance at the inaugural Gunnersville on Saturday
7th September. The Specials are without question one of the most electrifying, influential and
important bands of all time, and have recently celebrated the 40 th Anniversary since they formed
back in 1979 and the formation of the legendary 2 Tone label. Fans can expect to all of the band’s
memorable hits including “Gangsters”, “A Message To You Rudy”, “Ghost Town”, and “Too Much Too
Young” as well as songs from their new hugely acclaimed album “Encore”.  Joining The Specials as
special guests on Saturday are one of the leading bands of the mid- ‘90s British rock scene, Ocean
Colour Scene. With a back catalogue including 3x platinum album ‘Moseley Shoals’, 4 UK top 10
albums and 6 UK top 10 singles, the rock &amp; roll traditionalists with a psychedelia, soul and blues
influence are a part of the foundations of British music culture. General Roots, one of the most exciting reggae acts to come out of the UK in the last 10 years, and proto punk and psychedelic laden The Blinders, who have become a force to be reckoned with in recent years, also join Saturday’s line up.

The Specials: “Looking forward to our late summer spectacular with close friends Ocean Colour
Scene. What a way to celebrate!!”

On Sunday 8th September, You Me At Six close the weekend’s events with their biggest headline
London show to date. Having gone from strength to strength since they first burst onto the scene,
2018 saw a UK top 10 album release in ‘VI’, and over 65,000 tickets sold in the UK. To mark thismonumental occasion the band will make musical history, treating fans to an exclusive set compiled
of each of their singles played in chronological order. With an incredible five top 10 UK albums, fans
can expect hits including ‘Save It For The Bedroom’ to new favourite ‘Back Again’.

Josh Franceschi: “We wanted to celebrate a pretty mad 18 months for us as a band so when
Gunnersville approached us to headline one of the days we knew straight away what we wanted to
do. To celebrate the new era of YMA6 we are going to play all our singles in order. From ‘Take Off Your Colours’ to ‘VI’! It’s gonna be a hell of a night and the line-up is amazing. We can’t wait!”

Joining You Me At Six are four bands of epic proportions! Jimmy Eat World saw their landmark 1999
album ‘Clarity’ become a torch-bearer for their genre, while their 2001 album ‘Bleed American’
contains monumental anthems including ‘The Middle’, ‘Sweetness’, and ‘Hear You Me’.
Also performing on Sunday are Sundara Karma. Since bursting onto the scene in the mid-2010’s, the
indie favourites have brought us a hit after hit. Their widespread critical success matches their status
as new indie heroes. Chameleonic rock specialists Deaf Havana’s most recent 2018 album ‘Rituals’
scored them their second consecutive UK Top 10 album and featured Singles Of The Week on BBC
Radio 1, having toured with You Me At Six previously they will now join them on their headline day
at Gunnersville. The Maine also join the line up for the final day of Gunnersville’s first year. 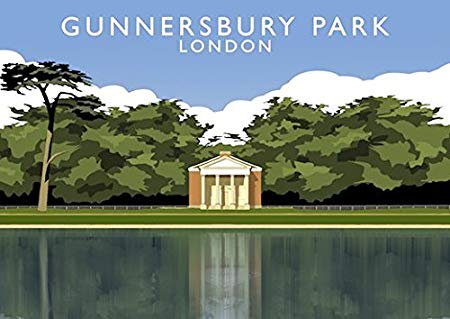 Tickets are out now, get them here before they’re gone!