Update: In response to the growing backlash about Vue Cinemas’ ban on Blue Story, Chief Executive Tim Richards agreed to resume screenings of the film on 29 November 2019 with an increase in security at locations that have previously had issues.

A massive fight broke out at a Vue Cinemas in Manchester on 23 November 2019, resulting in the arrest of five teenagers, the facial injuries of seven police officers and the banning of all screenings of the new film, Blue Story.

A Vue Cinemas spokesman said during an official statement released on Sunday 24 November: “We can confirm a decision was made to remove the film. The safety and welfare of our customers and staff is always our first priority.”

Rapman, the film’s writer and director, doesn’t understand why Vue Cinemas decided to ban the film at all 91 locations across the UK and Ireland and feels this is a setback for the youths that he hoped would see the film and would leave the cinema deciding against gang violence.

“I knew the movie would attract a lot of young people and that was the aim,” said Rapman, during an interview with BBC’s Arts Editor Will Gompertz. “The whole thing was to have the cinema filled up with 15-year-olds that are literally making the choice whether they should go down that route or go down this route.”

The UK has seen a consistent incline of knife crime since 2015 with statistics determining that there were 43,518 offences involving knives or sharp objects in 2018 and numbers are predicted to increase in the 2019 Home Office report. 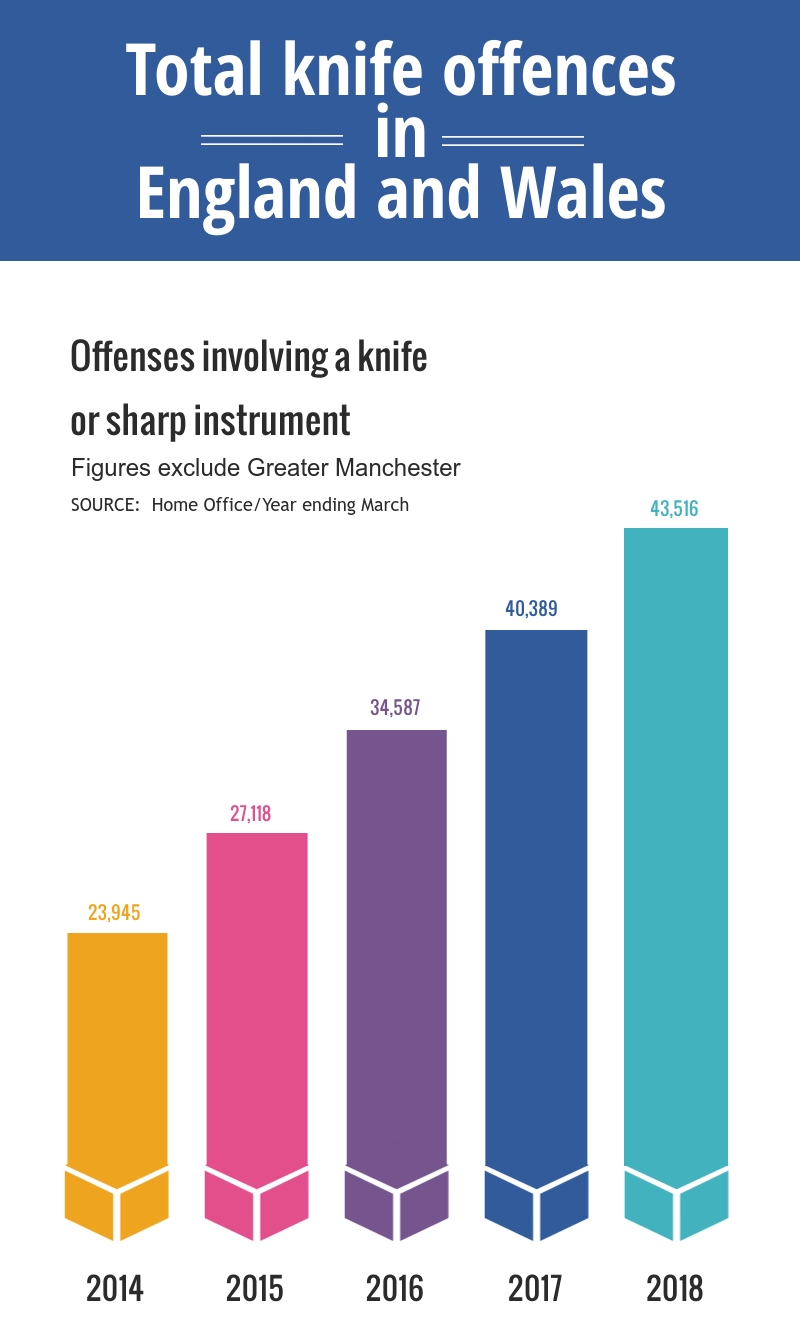 The London Assembly Police and Crime Committee estimates that there are more than 200 gangs across London’s 33 boroughs. Chairman Steve O’Connell stated: “The overwhelming use of knives in these killings presents a severe challenge to the police and our community.

“Did I think that there were gonna be people pulling out machetes for a film? Of course not. And as far as I’m concerned, no one pulled out a machete because of Blue Story anyway,” said Rapman. “I hope blame is placed with the individuals and not an indictment of the film itself”.

Showcase Cinemas initially banned the movie as well but reversed their decision a few days later. However, Vue Cinemas stands behind their decision to forfeit all showings of the film following 25 ‘significant incidents’ at 16 locations on the film’s 22 November release date. They claim all situations involved people who were ‘watching, buying tickets for, going in to watch or leaving screenings’.

Rapman believes that Vue Cinemas is unfairly pinning violent crimes on the film and is publicly demanding more details on the other incidents.

In another interview with BBC Breakfast, Rapman said: “They say that there’s been a number of incidents, but where’s the proof? Where’s the evidence? We live in a camera generation now. If anything happens, the youth are going to film that and you will see it. How come we haven’t seen any footage of the rest of these incidents?”

Rapman thinks that there could be ‘hidden reasons’ behind the ban, with anti-racism campaigners agreeing and accusing Vue Cinemas of “suppressing black art”.

“The two gangs that the film’s based on, which are real gangs, have been in a cinema screen watching it together, laughing together, joking together, and leaving a cinema connected, happy seeing the area they grew up in,” expressed Rapman.

Although Rapman is frustrated with the decision made by Vue Cinemas founder and chief executive Tim Richards, he feels that more positive outcomes will continue to stem from viewings of the film.

Hashtags including #BoycottVue and #NoBlueNoVue are currently trending on social media.

To watch Blue Story in cinemas across the UK and Ireland, purchase tickets through Odeon and Cineworld.