Our saviors. Our entertainers. The gods and goddesses of the 21st century. Without whom, our procrastination sessions and tube journeys are lonely and boring.

Whether it’s gaming, reactions, makeup or comedy sketches, YouTubers are the core of the present-day generation and the ones to come. What started off as a platform that had the occasional low-quality video containing music or a short video of someone at the zoo turned into a sector of entertainment through which YouTubers form their entire careers off.

The average salary of a YouTuber in the UK is £433.5k-£6.9m per month, whereas the average salary for any other individual in the UK is £29,009 (average of both full time and part-time). Just as there are two sides to every story, there are therefore also two beliefs on the world of Youtubing. On the one hand, one side that believes that Youtubing isn’t an actual career, that someone sitting in front of a camera every day and filming him or herself isn’t something worth earning millions for. Lots of people believe that individuals working office jobs, that bury themselves under a stack of papers on a daily basis are people that truly work harder and should, therefore, be earning higher if not the same as YouTubers or any other member in the entertainment industry.

This barrier has been questioned a lot, however those who believe the opposite always shut down the question. The other side of the spectrum sheds light on the hard work put into the entertainment industry and causes a reaction in the public. Whether that’s bringing out a laugh through comedy videos or educating someone through a makeup tutorial, they believe that it is equally as hard-working to constantly sit behind a camera to portray every aspect of your life for the wider public.

This then leads to the bigger question: should YouTubers get paid as much as they do? Is their job harder than the job of those sitting behind office desks for hours a day?  What are the real thoughts of the public? 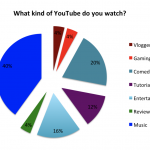 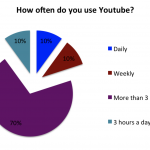 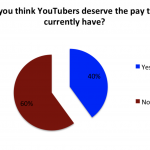 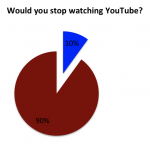 Statement of an anti- YouTuber

“YouTube is part of the entertainment industry, and just like movies, series and music, these videos find a way to get a reaction out of individuals, whether that’s positive or negative. However, the film and music industry is one that requires a bigger team of members, for lighting, sound, camera etc. YouTubers require only a camera and maybe a small team crew to aid them in their process of uploading videos. Any individual working an office job has a fixed schedule on a daily basis with strict hours, crazy managers, company pressures and extreme workload to manage, and in most cases people keep themselves going with the motivation of their income. YouTubers also have the same pressure, however, due to their salaries, they are able to be more lenient with themselves. Of course the pressure might be the same, however the pressure is constant on someone working in any other industry in the world.”

“Being a YouTuber is like being an entrepreneur, your success comes out of your hard work. If you ideas are unique and strong, your income will prove the same, however if your style is lacking so will your bank account. If a YouTuber goes too easy on themselves, that will affect their salaries, so the concept of hard work within these two sectors doesn’t change. There most certainly is a barrier in the lifestyle of different individuals in different sectors, but this doesn’t affect both their needs to work hard to achieve something. At the end of the day, we all watch YouTube and the majority of us enjoy it.”

The question will forever remain, however, one thing is for certain: Luis Fonsi’s Despacito will always be a tune worth being the most-watched video on YouTube.