Bannon is the ex-chief campaign adviser for President Donald Trump who, since leaving that job has made it his mission to aid national populist movements in Europe; applying the same principles used to help win Trump the White House two years ago. He is also the former editor of syndicated news outlet Breitbart News, whom under Bannon’s editorial eye, published headlines such as ” Gay rights have made us dumber, it’s time to get back in the closet”.

Many delegates and speakers pulled out of this year’s conference in protest of Bannon and his political views. Amongst those, head of Scottish government, Nicola Sturgeon who was supposed to speak at the opening of the conference which was held in Edinburgh. 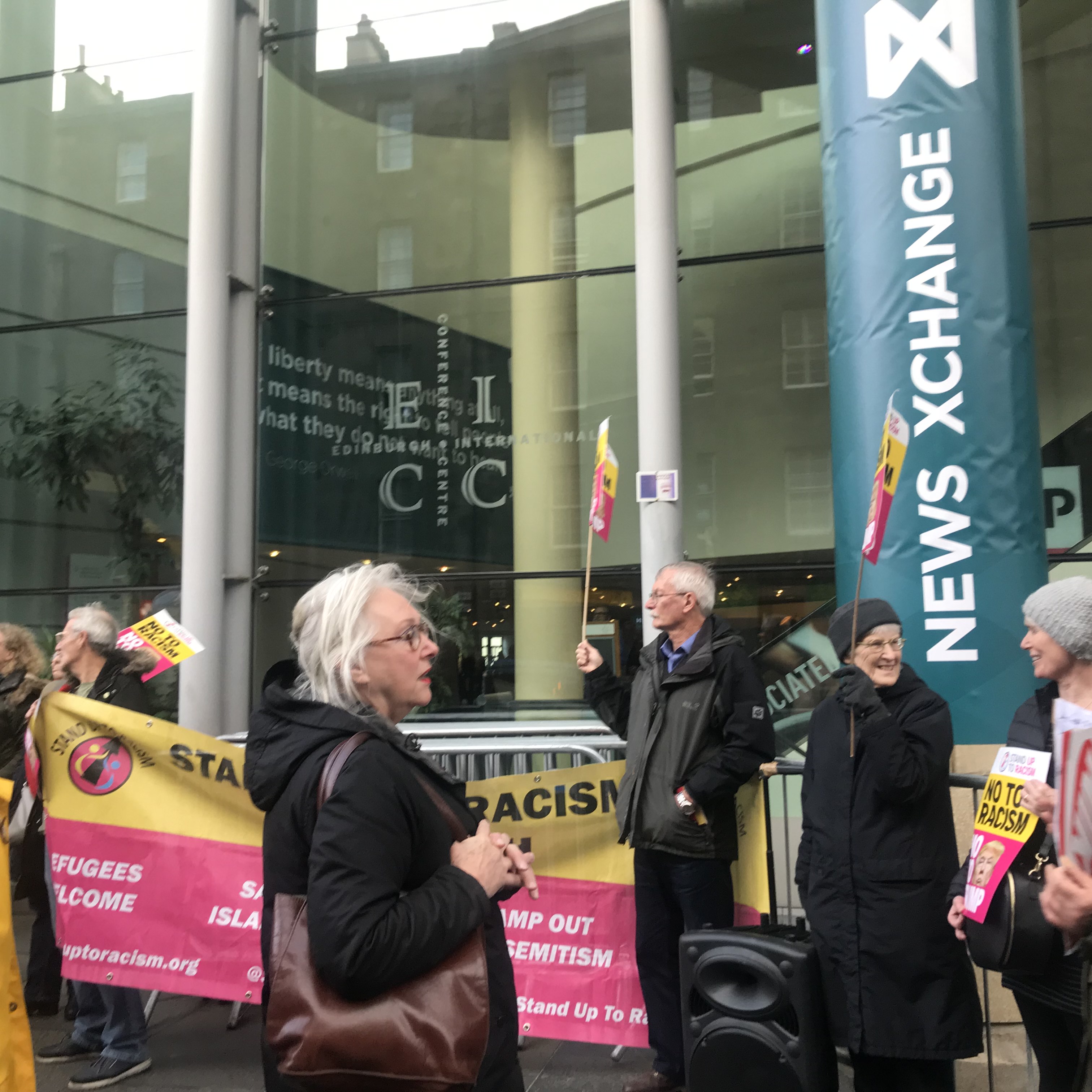 Most of those that stayed did so in hopes that BBC Scotland’s Sarah Smith would give Bannon a real grilling so that we might finally have some insight as to the root of his hard anti-immigration stance and his relationships with a growing number of European populist politicians.

It is all ears as Sarah Smith and Steve Bannon debate on the intentions of politicians.#NX18 #NewsXchange pic.twitter.com/ZbGOCPhsZu

#NX18: BBC’s Sarah Smith asks Steve Bannon “Do you not understand that when you talk about migrants taking people’s jobs etc there are social consequences to this inflammatory language?“. #NewsXchange pic.twitter.com/QaVgDmlrzv

A live version of BBC’s Question Time took place on Thursday morning, prior to Bannon’s interview during which presenter, Amol Rajan asked delegates in the crowd to raise their hands if they thought Bannon should not be at the conference and surprisingly few hands went up. News Exchange co-ordinator Amy Selwyn defended the EBU’s decision to host Bannon, by noting the dangers of liberal media undermining such polarising figures, as was the initial media reaction to Trump.

Upon Bannon’s arrival, the atmosphere in the room was tense. You could tell he had very few fans in the crowd, yet everyone was eager to hear what he had to say- presumably so they could return to their respective media agencies with a big juicy Bannon scoop.

This speaks to the the recent tendency of mainstream media to platform controversial and sometimes down-right offensive political figures as they’re great sources for shocking, sensationalist headlines (See: that Burka comment Boris Johnson made in the Telegraph).

During his interview Bannon behaved as expected, evasive of the difficult questions and unwavering from the well-prepped line that his message was the power of economic nationalism and that it had nothing to do with racism or fascism and said: “What populism is, is people trying to make sure that their citizenship has full value.”

The most absurd side of the interview with Steve Bannon: he is presenting himself as the only representative of the working class. #NX18 @MDI_UK

When questioned on his affiliation with Italy’s deputy prime minister Matteo Salvini, who is equally anti-immigration and was recently scrutinised for his use of the phrase  “ethnic replacement” (on the influx of African migrants and refugees to the country), Bannon said: “Salvini is a hero to the people and a hero in his country”. He also spoke out in support of Hungary’s right-wing leader Viktor Orban.

Steve Bannon’s performance further cemented my belief that platforming extremists only serves their interests. He recieved few real challenges (the best from a fellow student), and he was able to weasel his way out of anything he couldn’t convert to his agenda. #NX18

That’s but one of many inflammatory statements he made during the hour-long session. What struck me the most, was that Bannon took the stage not shortly after survivors of the Parkland Florida school shooting had accepted an award for the exceptional journalism and activism they took part in after the tragic incident.

Yet he felt it was an appropriate response, when faced with an audience question “Why is separating an immigrant child from their parent more important than separating a man from his gun [in today’s America where school shootings occur at almost daily]?”, to say: “I am a strong supporter of the second amendment… I don’t think this is a gun issue, it’s a mental health issue”.

That response was almost disrespectful in the face of the brave Parkland students, who have spent much of their time since the shooting campaigning for gun reform in the US.

Bannon was clearly the main event of the conference and although what he said was nothing new, he dominated  the conversation amongst delegates, drawing attention away from all the positive media news that was being discussed over the two days.

Has Steven Bannon been defeated by well researched questions yet? No?

Bannon says “The future of politics is populist” and he may well be right, but what role does the media have to play in this, and is it right that we continue to give platforms to people with extreme and potentially dangerous opinions?

Let us know what you think in this Voice of London poll.