I am not really a movie person. I find them too long and too obvious to spend more than 90 minutes on watching them. Every time I am trying to check if anything changed and giving it another go watching it in my home , I find myself extremely tired and (10 out of 10 times) I’m simply falling asleep.

But my lack of ability to focus is one thing and my boyfriend is another. His big gest love were, are and always will be planes. I have been forced to watch plane crashes on YouTube (which made me anxious every time I even go online to book my tickets, not to mention the journey itself), tried teaching me the differences between all of the planes and made me guess the airline of the plane passing 2500 metres above our heads. I managed to do it all, so I thought it will not hurt me to watch ‘Sully’ with him.

First of all, it is a real story. I do like them, because you just need to do a little bit of research before and you know the ending. (Theoretically) you will not be crying or closing your eyes, because you know how the story ends. Well, did I already say theoretically? This is a story about the miracle- plane loses both of its engines shortly after the take off, and a pilot- Sully- decides to land on the Hudson river. It is called a miracle on Hudson, because landing on the water do not finish like that. Never.  The story starts with a nightmare- pilot is flying his plane into one of the skyscrapers. So, not a good beginning after all! It was not expected and it made me scared (like millions other things do). Then we have to come through main character being investigated with his co-pilot about them crashing the plane into the water on purpose, even though (according to the research) they could have made it back to the airport. And then here it comes- the part we have all been waiting for. We can see the actual crash and the story before it. It is the moment which I think should be slightly longer. There is just not enough. Then we can see both the pilots in cockpit and flight attendants with passengers. The moment the plane hits the water left me in tears. Then the evacuation, and if anyone will be watching the movie- focus while the captain is running down the aisle to check whether there is anyone in the back- in some shots we can see there is no water inside the plane, while it was at least 50cm in other angles. This should be worked on, even if such an unprofessional eye as mine can notice the mistake, then who can’t! 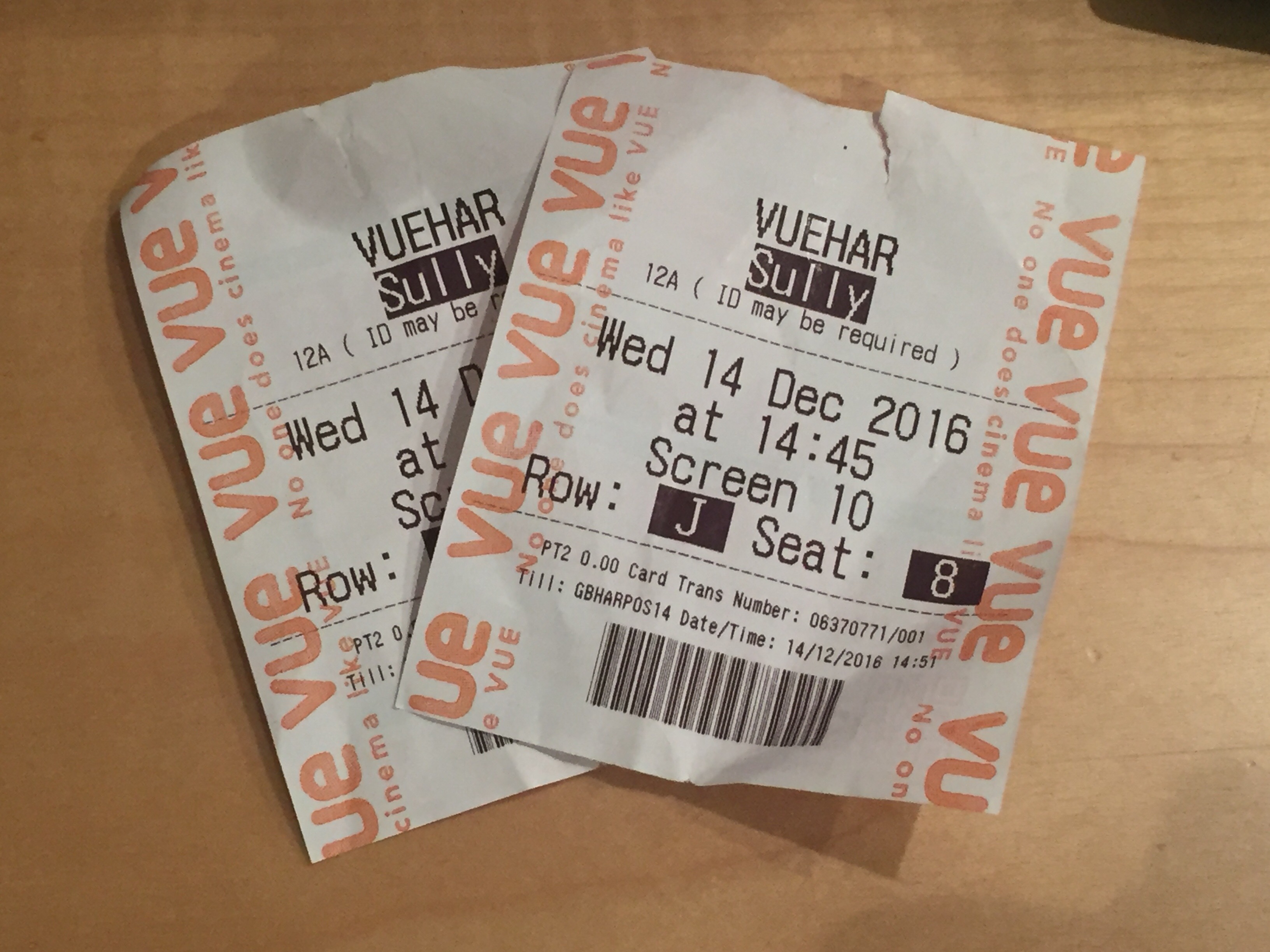 At the end we can see a quick change- Sully has finally found something to show that he could not have made it to the airport. The last sentence is a question to his co-pilot, whether he would do something differently about the landing. He replies ‘I would have done it in July’ and smiles, and we all know it is the end.

To sum up, Tom Hanks perfectly fitted into this sad role, and there was even a resemblance between him and the real Sully. Even though I knew how it will all finish, it was a thrilling movie. Do not buy water in the cinema, it is 4 times more expensive than the one in a supermarket. And do not judge the movie by its trailer- it is a way different that you might expect.