Art is capable of priming a story or feeling in ways that are difficult for humans to explain.

And when a particular piece of artwork – in any form we want to conceive it – connects with us, an ancestral feeling of being understood is awoken within us; making us feel complete. And to some, this is what art is all about.

It’s incredible the amount of humanity contained in something. In some aspects, art juxtaposes itself; it’s so mystical and unattainable, yet so intimate and relatable. We all have a piece of art that feels like “our own”. 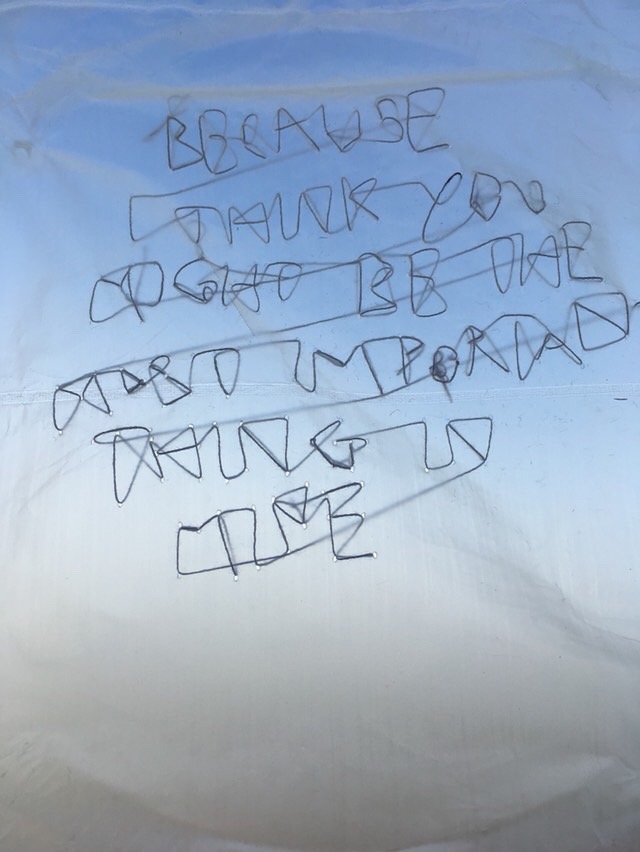 It’s incredible how art can shape shift; Art can manifest itself in different ways, and each way can be perceived differently by every person that walks past it on the street or up to it in a gallery.

Art, is one of the core and most distinguishable factors of being human, and it’s important to remember that real art is not necessarily possessed by popularity or trend is most relevant at that time.

I came across Róisín Phelan’s art around 3 years ago.

At the time, I remember she was experimenting with sculpturing; creating beautiful and particular pieces shaped as bodies of deceased birds, that she would then include in a bigger project she was working on.

I remember being very curious about this particular concept, I felt a connection with her work. In trying to understand the meaning behind it, I also came across her other incredible pieces. 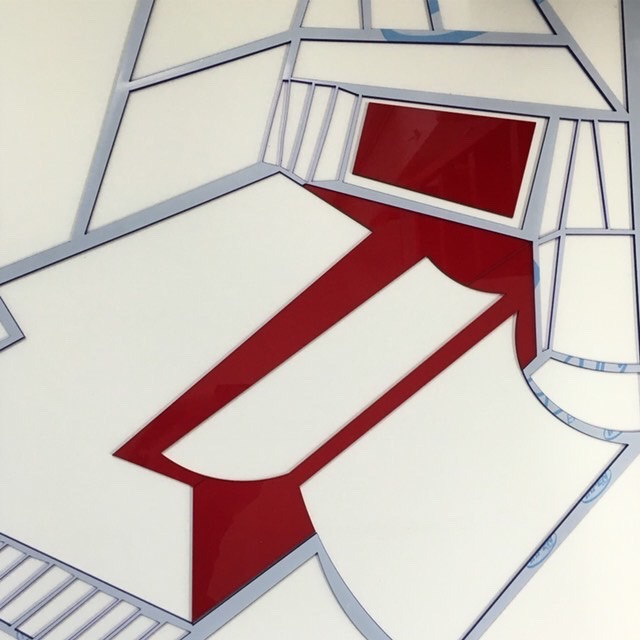 Róisín Phelan’s projects can only be characterised by a great sense of intimacy and craft, even at first sight, possibly because of the clear passion and precision behind these works. The passion and meticulous nature of her work makes it magnetic.

Even in more abstract works of art, the feeling of inclusivity and understanding is still present. Even having not contributed to the piece, it feels as if in some way, the piece is representative of your own life.

Recently I noticed on Instagram that she was working on a new series dealing with embroidery, so I decided to ask her more about it.

Róisín currently works in her studio, at the University of Westminster, where’s she a third year art student.

A few mornings ago, I had the chance to join her as she guided me through the corridors of the university to her working place.

Her station is a beautifully full room, where she has finished or unfinished works of many kinds, either hanging on her wall or lying on the floor; The smell of paper and stationery was hypnotizing.

She gives me a chair and then sits on the floor, apologising for the ‘mess’ just like you would at home.

Róisín grew up in a creative environment, saying she’s enjoyed throwing herself in creative activities since her childhood. “When I had no more paper I used to draw on the walls of my house”she remembers, smiling. 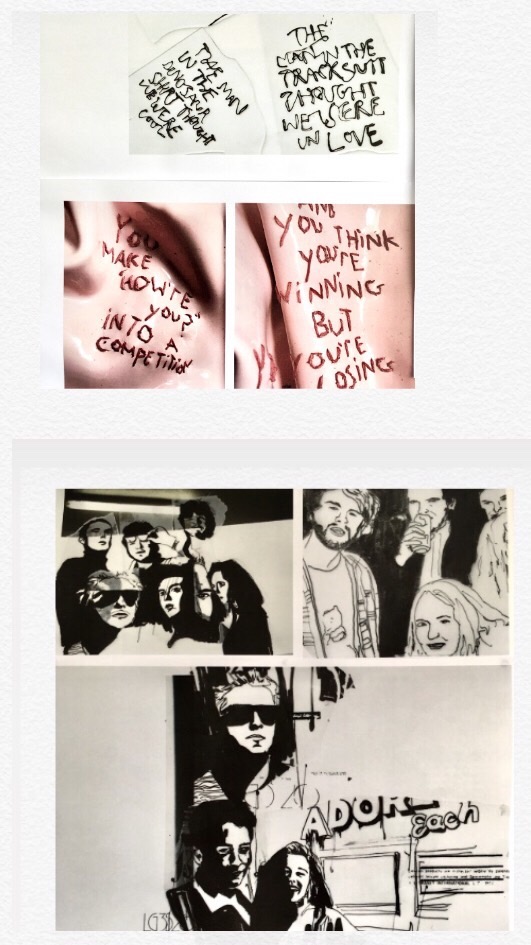 Today she sees the time she spends on her work as a “way of shutting everyone off”, and “being in her own mind” where she can express herself and release her feelings through creation.

As we spoke, she timidly hands me some beautiful and delicate pieces she recently worked on; there are notes along with some of the artwork.

“I always liked making physical things that you can hold and interact with. I used to paint but… you can’t really hold it. She also enjoys reading, “because you can connect to text in a way that you’d struggle for in something else. I like how some sentences, like the ones at the end of a book, stay with you at the back of your mind.

Phelan has also taken up a new art form; sewing. “I liked the way in sewing, words are harder to understand, and become more an image rather than letters. I like the idea that, because its text, and it should be in your face but because of the way it’s sewn, it’s just an impression of letters, an image of it.”

As she moves her ginger hair from her face, she explains to me that the main subject of the sentences of her sewing projects are phrases that have impacted her, ones that she either overheard or was told firsthand.

This leads to the creation of some particularly intimate pieces for Phelan, that in turn, challenge her relationship with her art.

“I’m fully aware I’m making these for me so I don’t need to explain the events behind it, and I’m glad that people relate to it.”

However, it’s not always easy for the artist. “It’s hard. Sometimes I would like to just go full on with feelings on my works; but I want people to understand how I feel, and not the events; so I can’t be too obvious…especially because some people I sometimes refer to in my works could be in the audience.”

So is there a balance between pleasing the audience and pleasing oneself? “I do allow myself to be selfishly personal on my works from time to time, and people still text to me telling me they can relate to it. But this is the kind of balance I like. My pieces are like a mirror or an extension of me and my anxieties. I’m not worried about strangers as they wouldn’t understand my personal situations, it’s rather the people that know me. It’s stuff I usually I haven’t spoken aloud.” 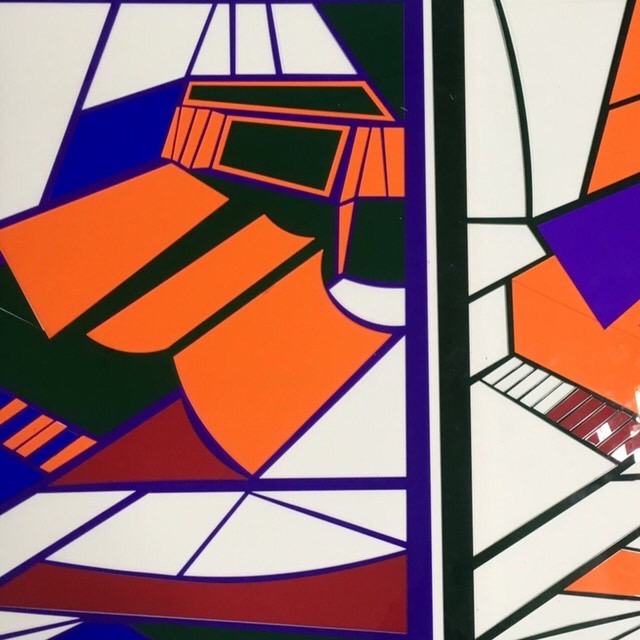 She then starts to work on a piece right in front of me. The whole scene seems fragile; like a reflection of her works.

The silence now fills the room. It’s a long and tricky process, and I am astonished by the way her hands dance effortlessly, even with me bothering her with the camera.

“Sometimes I think I’d go to sew something and I’m like ‘Don’t think I’m ready for that yet.”, she says working as her earrings dangle back and forth creating a tune to her gestures. “Because even though it’s a thought that’s been in my mind for ages, as soon as I put the needle in, it becomes a real object. Which for somethings it’s fine, I finally have them outside of my mind; some other things I’m just not ready yet for them to be out”.

A while later, she lifts her head from the piece, and lifts it toward the windows. She apologises that she has to stop as she has to prepare to leave for a lesson. She turns to me with a smile, and she says she likes the way it’s turning out. She kindly passes the piece to me and I manage to have a look at it. It reads: “What’s keeping me grounded? You.”