Sammy Virji is a happy-go-lucky UK based DJ to watch out for next year. He has already amassed over 23K monthly Spotify listeners, more than 13K Soundcloud followers, and is ever growing with each track he releases and show he performs. 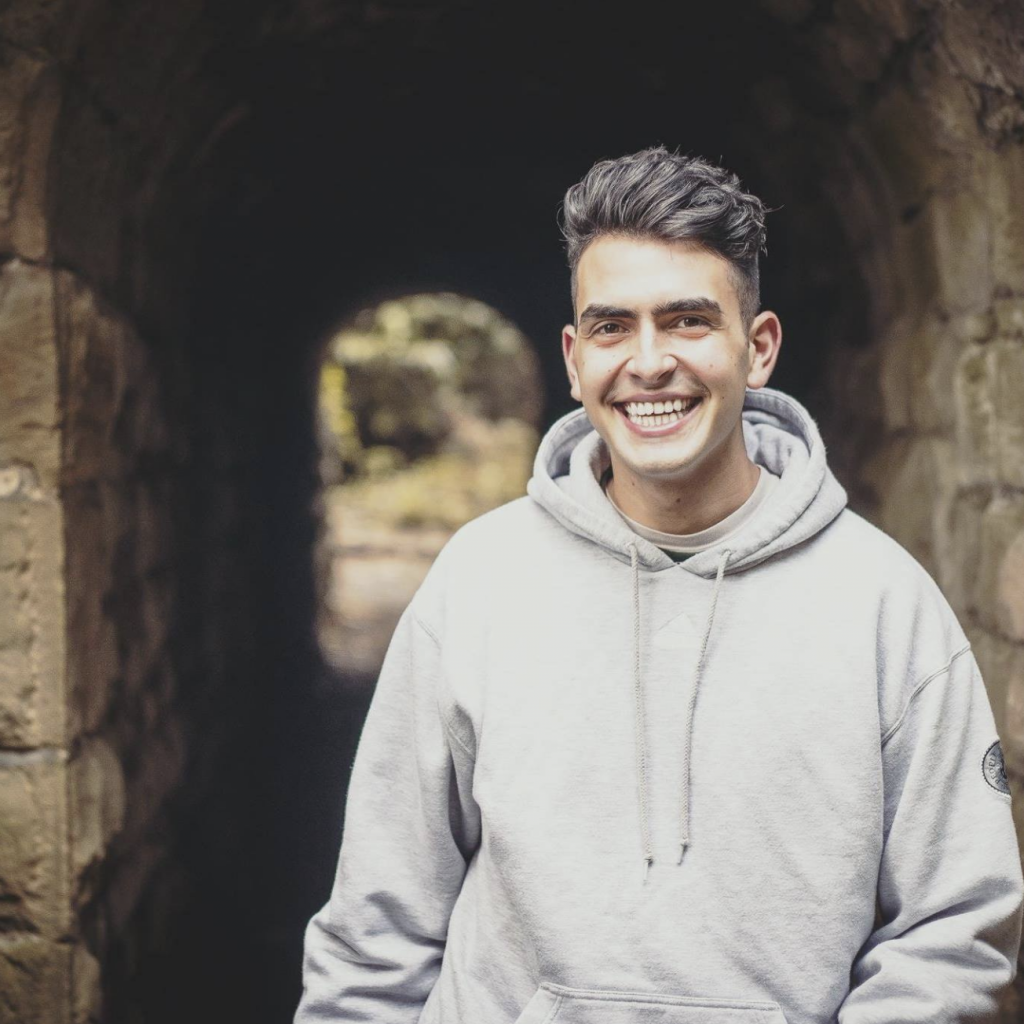 Voice of London asked Sammy some questions that will help you get to know him and his music.

VOL: Where are you from? Are you still based there?

SV: I’m from Witney, near Oxford, but I’m based in Newcastle.

VOL: Have you ever considered a path in life other than music?

SV: I wanted to be a doctor before I went to university. My plan was to do a post-graduate in medicine after my biology degree but the music started to take off so I just went for it as it’s a been a dream of mine since I was little.

VOL: How did you get into music?

SV: I’ve always been completely obsessed with music probably because my dads a musician and I’ve been writing music on guitar and piano since I can remember, so I’ve just been surrounded by it from a young age.

VOL: What genre do you consider your music?

SV: I make all sorts but primarily bassline and garage.

VOL: What drew you toward creating in this genre?

SV: I’m drawn to bassline as a genre because it’s silly, it shouldn’t be taken too seriously. So my idea of a bassline rave is being able to go and just let your hair loose, not care what anyone thinks, listen to stupid remixes of Indiana Jones or Crazy Frog, or Ghostbusters theme for example, and laugh about it because it’s silly. It’s different to most underground genres, take techno for example, it’s a completely different night out it’s not as intense or high energy, people are taking the music quite seriously the vibe is completely different. It’s the ‘silly’ aspect of bassline I love. And with garage, just any swingy drum beat gets me gassed.

See him in action below.

VOL: What has been your biggest achievement so far in your career?

SV: My biggest achievement is probably having my own UK tour and actually being able to sell out venues, and also getting recognition from people I look up to massively.

SV: Being a musician definitely has its down sides. The amount of people affected by mental health is ridiculous in the music industry. You can’t ever bank on having a gig, you could have loads of gigs one month and none the next so the irregularity of it can really be difficult. Personally, my down side to being a musician is I get very down when I’m not playing or making music. The high I get from performing is like nothing else and I’m at my happiest when I’m playing, but when I get back from a gig, a bit hungover, and no one cheering you along I can get quite down. Also when I get writer’s block, I get very frustrated because my creative side isn’t working when I have a job that requires you to be creative. So there are downsides but luckily I’ve come to terms with it easier than most because my dad’s been a musician his whole life and has passed his knowledge onto me so I’m prepared for all of this. It’s all worth it in the end because as a musician you get to do what you love and people get to love what you do and I couldn’t ask for anything more.

VOL: Who is your dream collaboration?

SV: I always said when I started out that I’d love to do a tune with Champion or Deadbeat UK, and it’s actually mad because I’ve started a collaboration with Deadbeat and am going to start one with Champion soon. Other than those two though I’d maybe say Flava D.

VOL: Who inspires you most?

SV: In the scene there are too many producers who inspire me: Dr Cryptic, Deadbeat UK, Joedan, Mikey B, Royal T, DJ Q, Lorenzo, to name a few. But I think the stand out person for me would be Flava D because she was the first garage/bassline DJ I ever saw live, my mind was blown and I thought to myself ‘I wanna do that’, so she’s kind of the reason I took it seriously.

VOL: What platforms can people find your music on?

SV: Music is out on all platforms but primarily Soundcloud. I’m currently trying to get all of my music on Spotify and Apple Music.

VOL: What’s next for Sammy? What should we be looking out for?

SV: I’ve got two bassline tracks coming out before New Years. One show I’m particularly looking forward to is ‘Keep Hush’ with Conducta and some of the best UK Garage producers in the scene right now, where I’ll be doing an exclusive livestream garage set.

Like the sound of him? Check out a couple of his tracks:

One Dance has been one of Sammy’s most popular hits. This remix of a remix has gained 2.2 million views on youtube.

Too Much Conversation is another of Sammy’s distinctive tracks, released earlier this year.

If Sammy’s music and events seem up your alley, check out the map below to see when and where his next performances will be.

Take a look at what people on Twitter are saying about Sammy:

Still standby my opinion that @sammy_virji is one of the sickest Bassline djs around! 90min set in Plymouth in September and absolutely mental vibe throughout! Guy needs more recognition!

Want to follow Sammy? Find his social media handles and links to his work on various platforms below: