Red Dead Redemption 2 is finally here. But has it been worth its long and glorified wait?

To say this game has been highly anticipated would be an understatement. The follow-up story to Rockstar’s 2008 open world masterpiece Red Dead Redemption is finally here. One of the most looked forward to games of not only the year but of the last decade. The last Rockstar game to be released was Grand Theft Auto 5 in 2013, which was a massive success and so a lot is riding on the success and reception of the follow up to the biggest western game ever created. With this being one of the most awaited games of the year, we wanted to see the fans reactions and whether this game lives up to its pa or if its dead in the water.

If the critic reviews are anything to go off, then this game is literally flawless. Professional critics are giving this 10/10, 100% and 5 out of 5. With a 97 Metascore on Metacritic, 10/10 by IGN and even 5 out of 5 stars by the Guardian. But the true test of any game is what the fans think. We caught up with some of them and scoured Twitter for the best reactions and responses.

Ben Bridges, 21, said: “Red Dead Redemption 2, in my opinion, is hands down the most beautiful game of 2018, the first 30 minutes of the game up in the snowy mountains is amazing. One of the best features of RDR2 is the cinematic camera, it helps capture the amazing scenery but without taking away from the gameplay. The story is really interesting without taking away from all the other little things you can do in the world like getting in bar flights or robbing random passers-by.”

Chris Woodley, 21, told us that he “loves the massive expansive map with a wide range of habitats and ecosystems. As well as the multitude of outlaws and gangs to contend with as well as the law.”

“Really different playing a game from the “bad guys” perspective. Although you don’t feel like a bad guy you know? You feel like you’re a part of this little outlaw family just trying their best to get by. This is how you justify your actions to yourself. Of course, you can play like a ruthless outlaw, or you can be the most honourable man in town.”

“You create a unique bond with players and animals alike as you get to know them more. The more you bond with your horse the less scared it is around predators and dangerous situations. Likewise, with your gang members, you grow attached to their unique personalities. Everyone feels very different. No two people are the same.”

“You get out what you put in. Donate money and objects into the camp fund and you can spend it upgrading things. Making everything more homely for you and your fellow outlaws. With it comes various new things such as upgrades to facilities and more ammunition in the wagon to stock up on.”

“The storyline is impeccable. From what I’ve played so far it’s really fun, it’s got a very interesting story arc and it honestly seems to go on forever. Stayed by Rockstar it’s about a 60-hour main storyline without taking into account side quests and the amount of time you’ll spend hunting for those damn perfect pelts.”

Matty Hall, 20, said: “It’s a staggeringly detailed and deep game and one of the most technically brilliant I’ve ever seen”

James Gardiner, 21, said: “The attention to detail of Red Dead Redemption 2 is jaw-dropping, the storyline is intensely gripping.”

Chris Rocha, 18, said: “Red Dead Redemption 2 is an open world game where anything could happen, one minute you’d be having a nice cold drink in a saloon, next minute bandits are coming in trying to rob you. The game is what you make it be, you could be a good cowboy and govern your own town as a sheriff or rob trains and banks. Your number one companion is your horse, you have to take care of it otherwise it won’t take care of you, the details are pin perfect to the point where if your horse gets too cold its testicles will shrink, your character even has a hot & cold cycle where if your not wearing the right clothes it damages your health in different weather conditions.”

For all the fans that I spoke to they all had nothing but good things to say about the expansiveness of the game and the attention to detail, however for some Twitter users this pace is grandpa-like.

Kevin Biegel on twitter felt that the new Red Dead is a sign that in the next GTA you’ll have to fill out your own taxes, a joke or a jab at the unnecessary details in RDR2?

RayNarvaezJr on twitter was excited about fans reactions to the never-ending interactions in the game.

There are positive comments on the graphics and picturesqueness of the game. 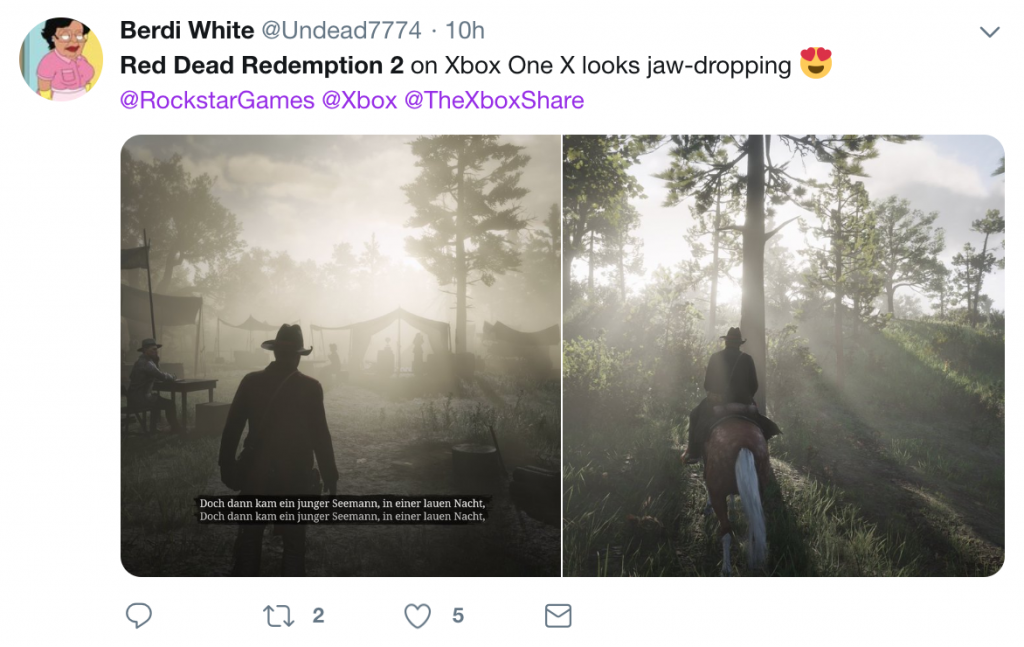 And some who think this game is confirmed as the game of the year. 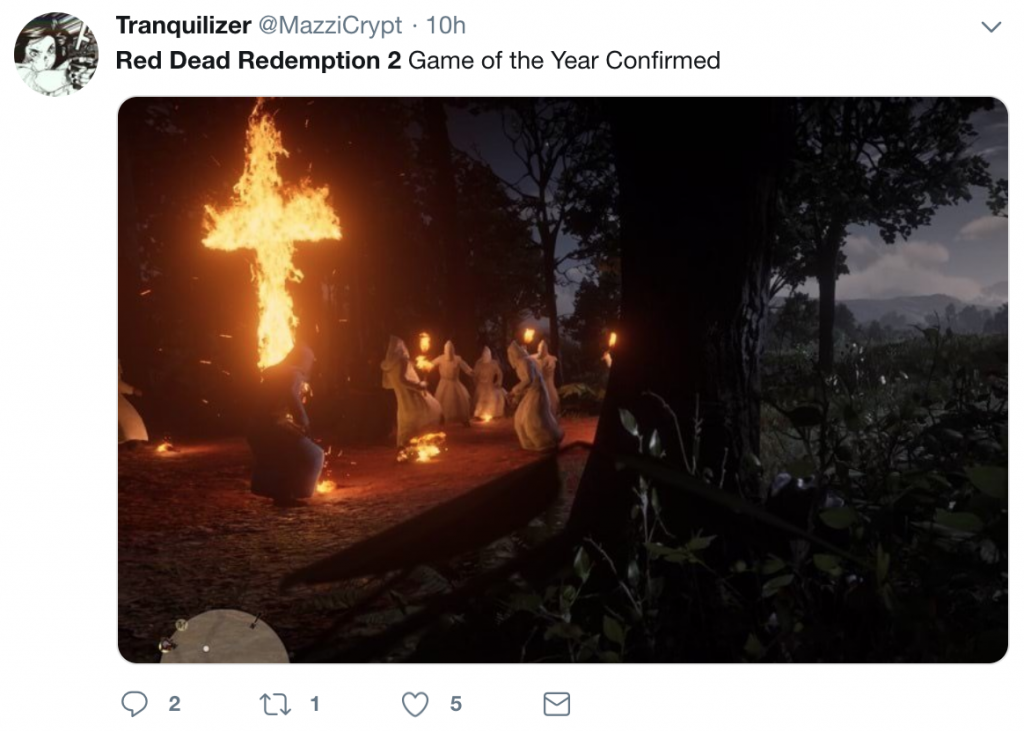 Based on the reactions I have heard from fans, the Twitter response and the reviews from critics. It seems everyone is more than pleased with this new Rockstar title. While a minority in the gaming world may have a few holes to pick with this game. The vast majority have nothing but incredible praise for it. Looks like I need to saddle up myself.