You don’t need me to tell you £260,000,000 is a lot of money — the proof lies in the zeros. But can you put a price on excellent art? Voice of London visited the Tate Modern to ask young people whether they think the museum’s revamp is worth the astronomical cost. 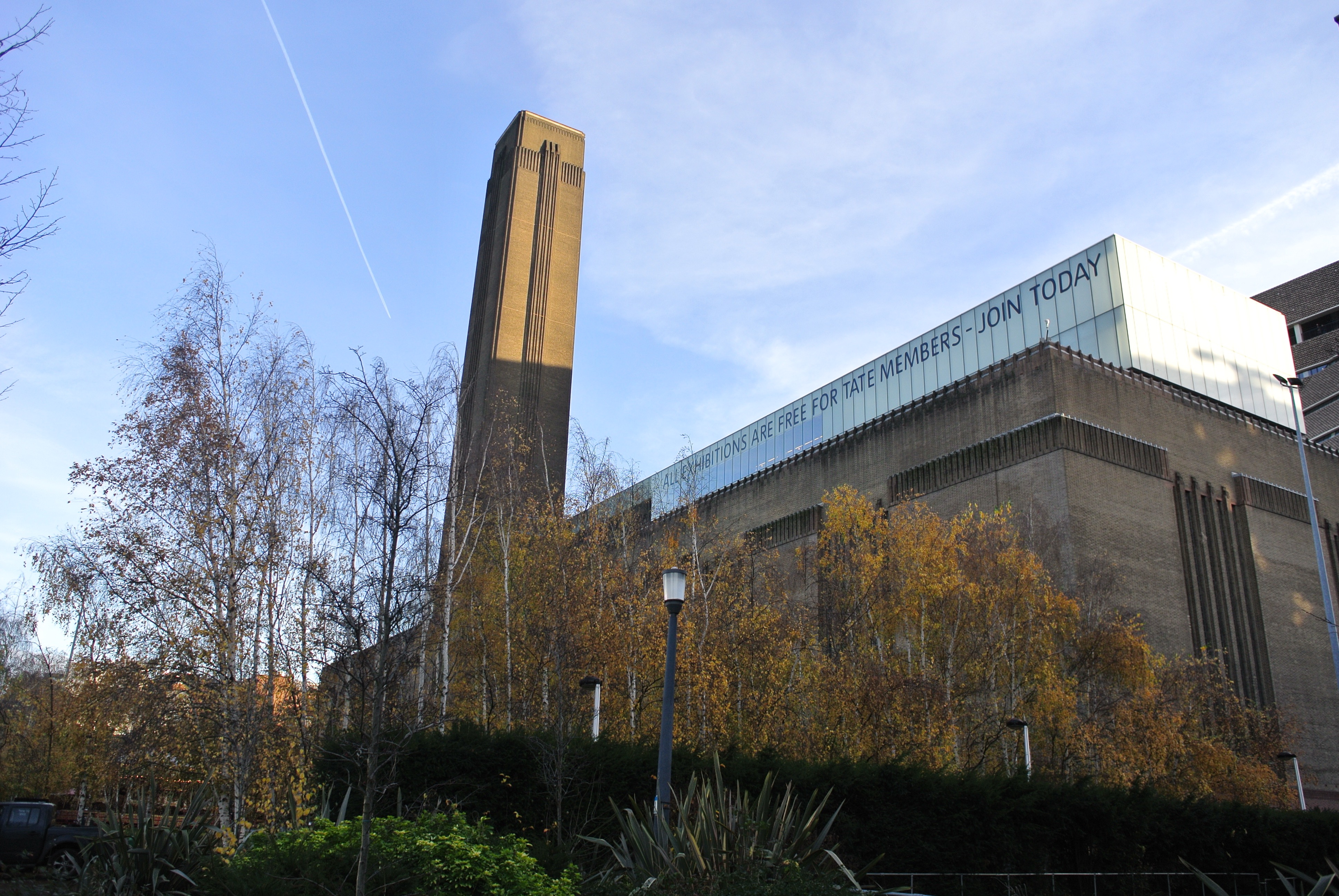 The latest addition to the Tate Modern, Switch House, was described as the most important cultural space since the British Library by museum director, Frances Morris, in June.

Funded by the Department of Culture, Media and Sport, the Tate’s contentious new expansion took six years to complete, and now spans 10 floors. The extra space allows 60 per cent more artworks from the Tate collection to go on show, with a special emphasis placed on women’s pieces.

Six months on from the wing’s unveiling, I headed to the world-famous museum to find out how young gallery-goers feel about the amount of money spent on the expansion. 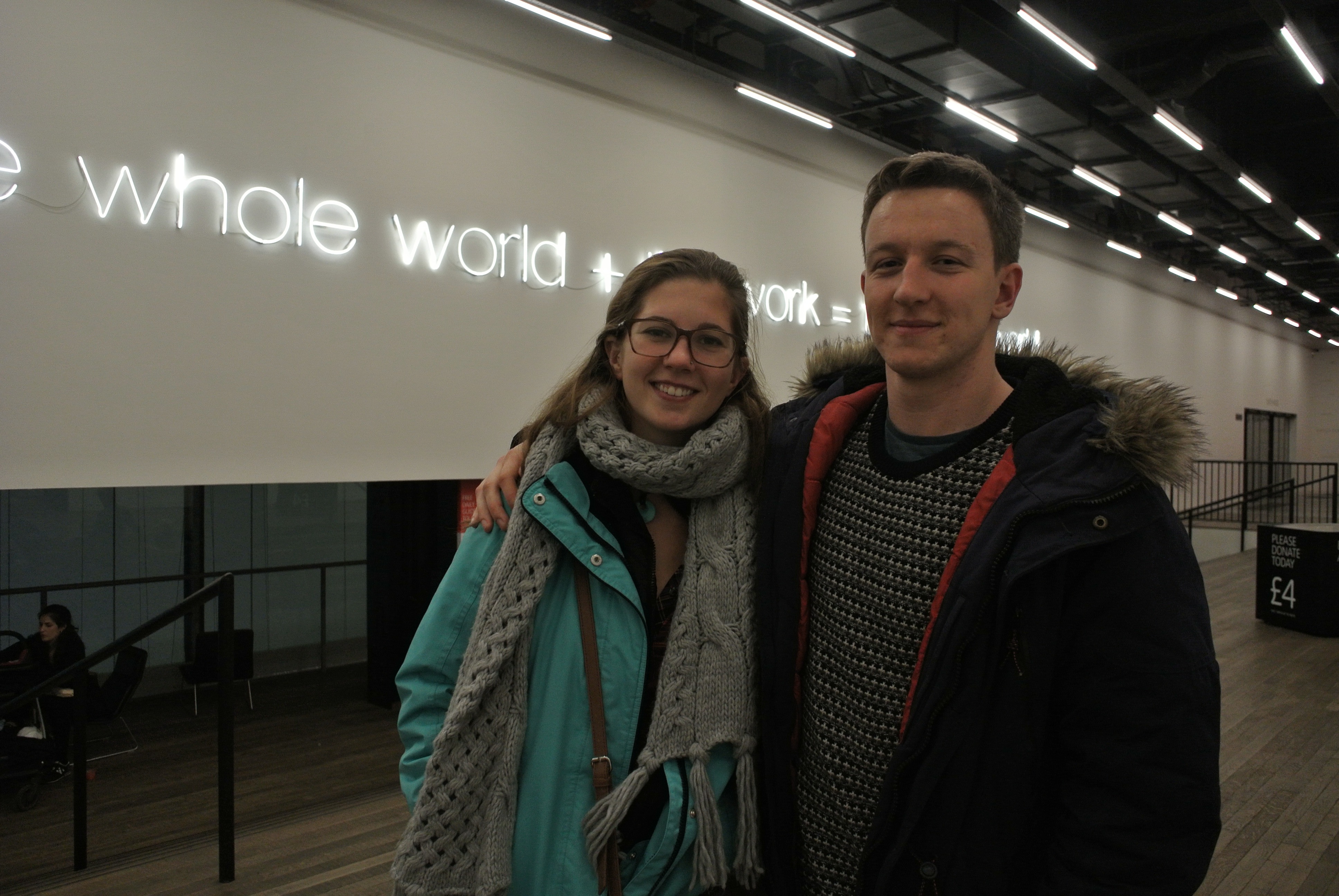 Voice of London: Has anything from the new wing caught your eye today?

Stuart: Yeah, I like the section we just came from the most – I’ll probably give them a little donation on my way out. I don’t remember what it’s called, but we just came out of a one-hour tour.

Audrey: I don’t have a single favourite part of the wing, but I really liked the tour itself and the care they put into that, in explaining the meaning behind different pieces of art.

Do you think the revamp was worth it now you’ve had a look around?

Stuart:  I definitely think it was an appropriate way to spend the money, because the Tate’s a big tourist attraction, and also I think it’s quite good to have things like this for free. We need educational establishments such as the Tate to be accessible.

Audrey: I agree, it’s absolutely worth it. The fact that it’s free really attracted our niche group of students and helped us learn something new. 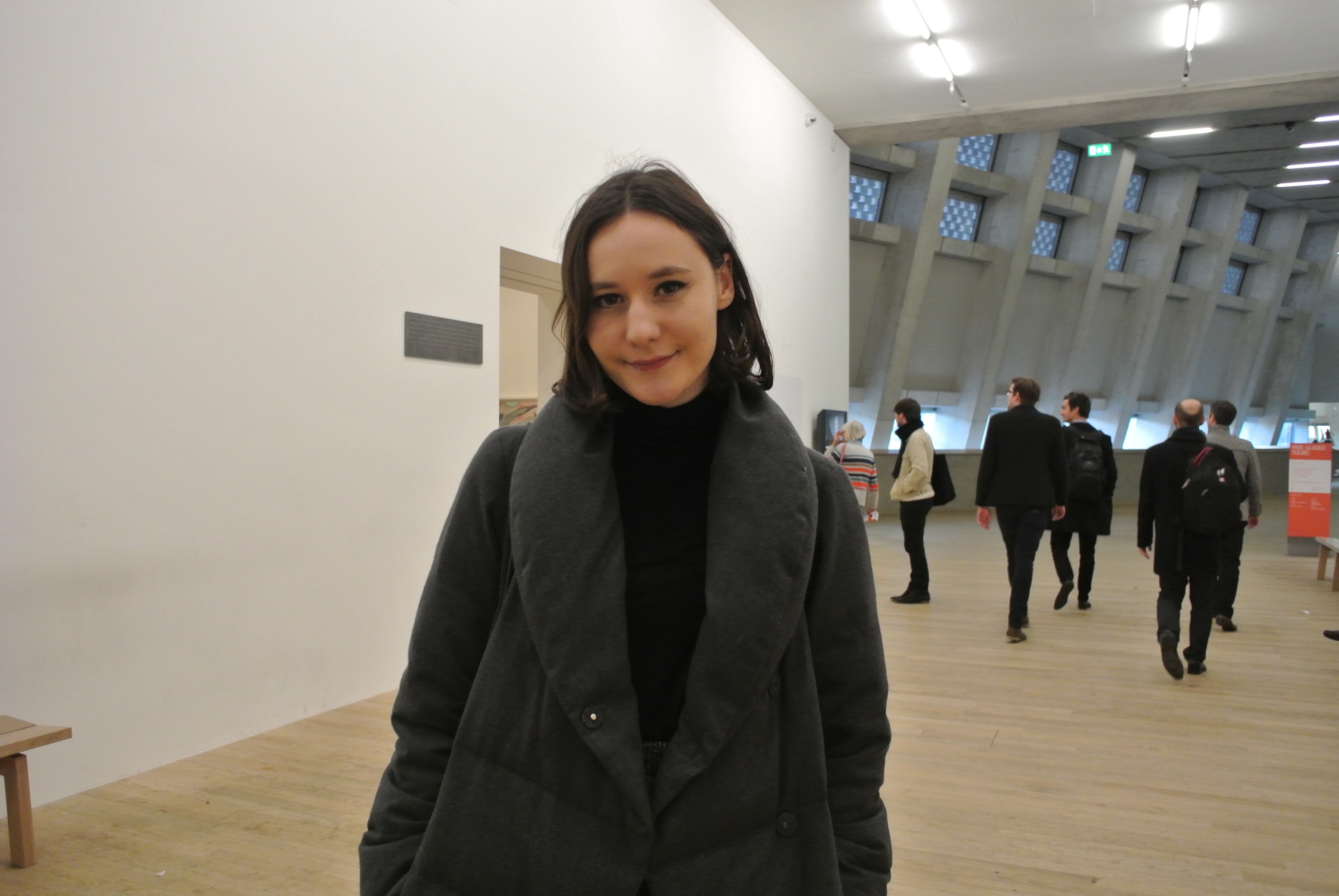 Voice of London: Do you visit the Tate Modern that often?

Lizzie: No, not really, I’ve probably been about 10 times or so, but it’s not like every year.

As a seasoned visitor, what do you think of the new building? Is it worth £260million?

Yeah, it’s probably not worth that much, but I do like it. I think the Tate was great before, so I don’t know if it would be better to have an outpost instead. Like, the V&A has got the outpost at the Olympic Park, so I think spreading their art around could have been a better approach rather than just concentrating it in the centre.

So, what do you think the Tate could do to make the new wing better and value for money?

I think late night events are always a good idea. I’d never pay to come here because I think it’s overpriced – the tickets for the exhibitions are extorionate, and the student discount just isn’t enough. So, they could lower the prices if they want to get more young people in the door! 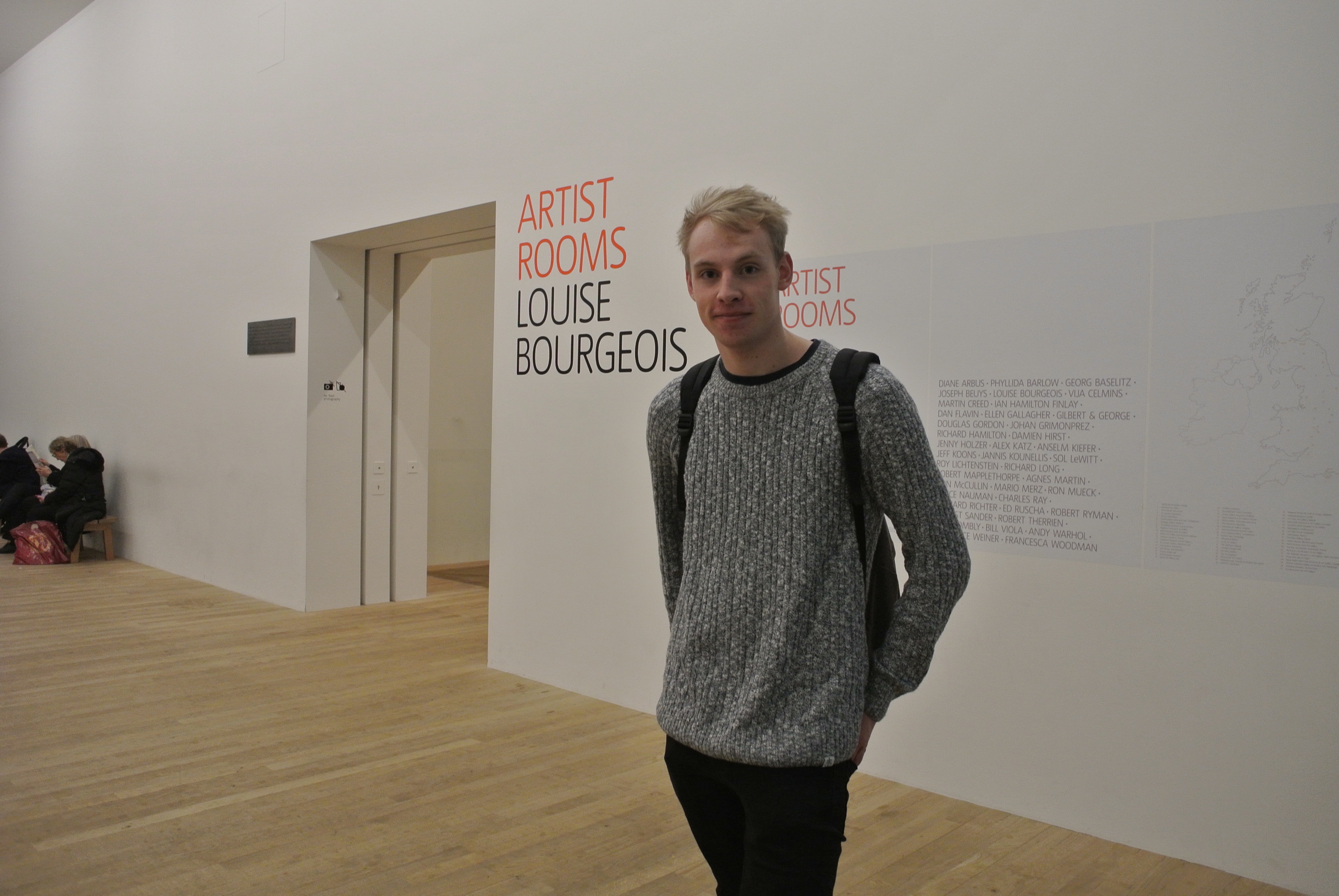 Voice of London: How many times would you say you’ve been to the Tate?

Fin: In my life, probably around 30. I used to do art, so I used to come a lot to see everything. I’ve seen most of these exhibitions before, I just find it a nice place to come. My parents are members, so I sort of leech off them and see what I want when I want.

So, what are your opinions on the new wing given that you visit quite frequently?

Yeah, I’m not sure it was worth the money, to be honest. I think the Tate has such a status and it attracts a lot of big names, but they actually haven’t really used the new space very well. I like the building almost more than some of the art they’ve got in it, which says a lot I think.

What’s lacking about it?

I think they could use the space better, to be honest, but it’s probably because it’s new that they haven’t quite figured out what to do with it yet. Things like, when you come up the stairs they try and force you around the gallery in a certain way, so I think that could be teething problems. I’m not sure if it was worth the money – the gallery is busy, but maybe not for the right reasons.

They’re looking for an extra £30million at the moment, what do you think they could do instead of that, with the space they already have?

The curators seem to like putting the art in certain categories, and in my opinion it’s like they’ve tried to keep the other gallery, the Boiler Room, more touristy. So it’s only the Londoners and the purists, or the people who have been before that come this way, which is a shame. They could fix that by spreading some of the art around. 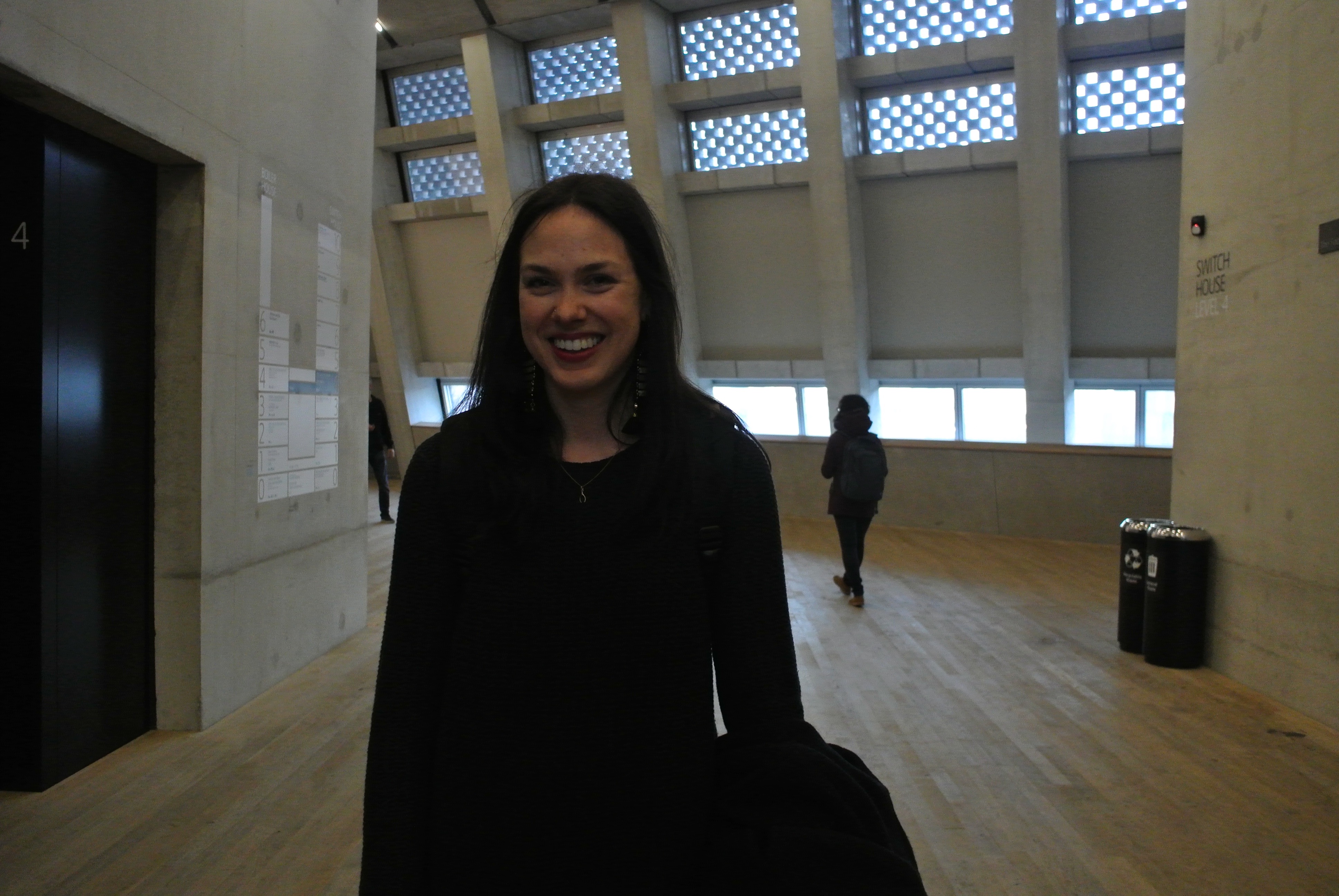 Voice of London: What do you think of the new space?

Alex: I’ve been here a few times since June when this wing was opened, and I really like it. I really like the space and the architecture. I think it’s great, and the viewing gallery is amazing. I do feel like they’ve slightly maybe missed an opportunity though – there’s only three floors of actual artwork out of 10, and I think that’s a loss. There are a lot of floors in the middle which don’t really seem to be for much.

Taking that into account, do you think the amount of money spent on the new wing was a bit too much?

It is a lot of money, but I can sort of see why it did cost that much, at least from their point of view. So, on the sixth floor they’ve got an events space, which will help them put money into the museum so it’s a good investment that they’ll get money back from. I can see why they’re doing that, but from a general public person point of view, it would be nice to see more art.

The exhibitions in general are still fantastic though, I always want to go to them. Today I saw the Radical Eye, which was a very interesting collection of photography owned by Elton John. It was just really amazing to see as it offered a unique insight into someone’s life. If you enjoy modern art, the Tate will always be a fantastic way to explore your passions. 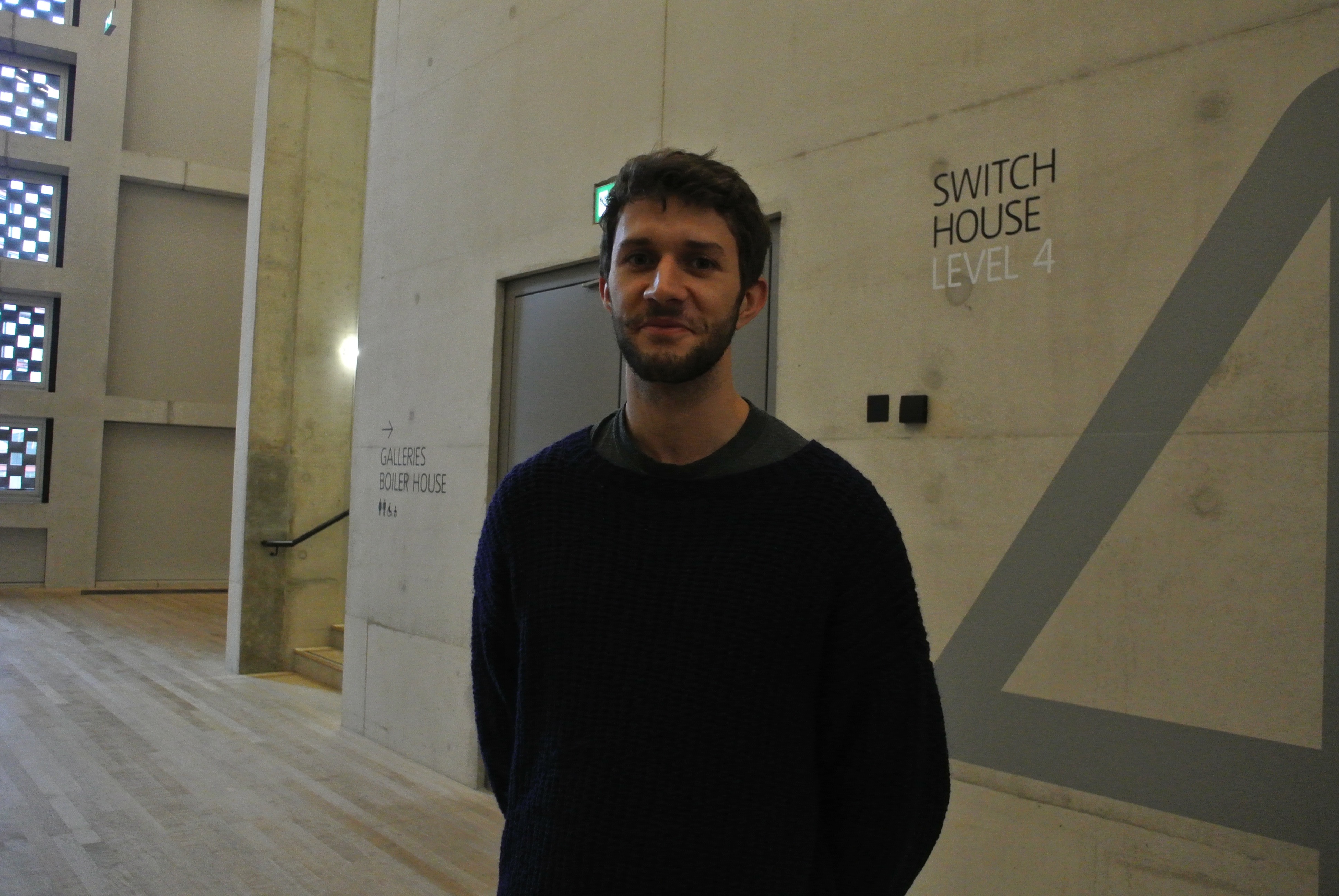 Voice of London: How many times would you say you’ve visited the Tate?

Ed: I don’t live in London, so I don’t come here a lot, but I’ve probably been around 20 times in my life. This is the first time I’ve seen the new wing and I really like it. The architecture is really cool, and it actually melds in quite nicely with the existing building, but it is still distinct in terms of the shape.

What about the art on show?

Well, there doesn’t seem to be too much of that (laughs), which is kind of key. I saw like one thing in there, but I don’t really know where the other art is. So yeah, it’s a cool building, but upon reflection I definitely think they could have done more with the actual space. It was quite a steep price, after all.

What do you think they could do?

Definitely have more exhibitions – that’s what we’re here for!