Located just 110 kilometers southwest of London is Portsmouth, the charming port city with beautiful ocean scenery, a notable naval port and historical monuments, making it a perfect weekend destination for Londoners—or anyone else in the United Kingdom—to clear their mind, have a few fun nights out and learn a thing or two about British culture. 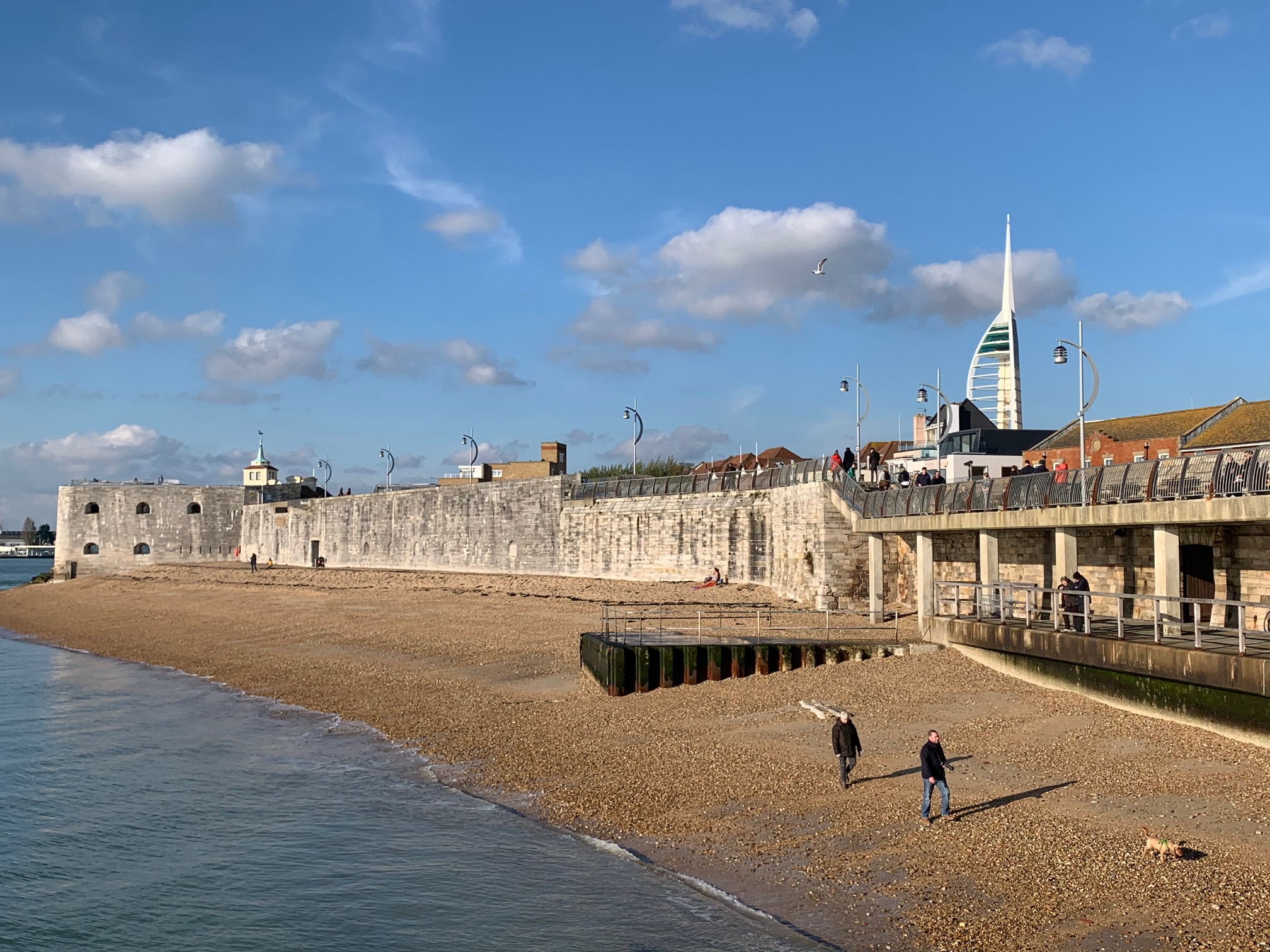 How to get there:

There are daily trains and coach buses making the two-hour journey between London and Portsmouth or as the locals affectionately refer to it—Pompey.  A one-way journey on National Express goes for as low as £4. Trains are a bit pricier with a spontaneous adventure to the coastal city can cost you anywhere from £20 to £30 for a round-trip ticket. 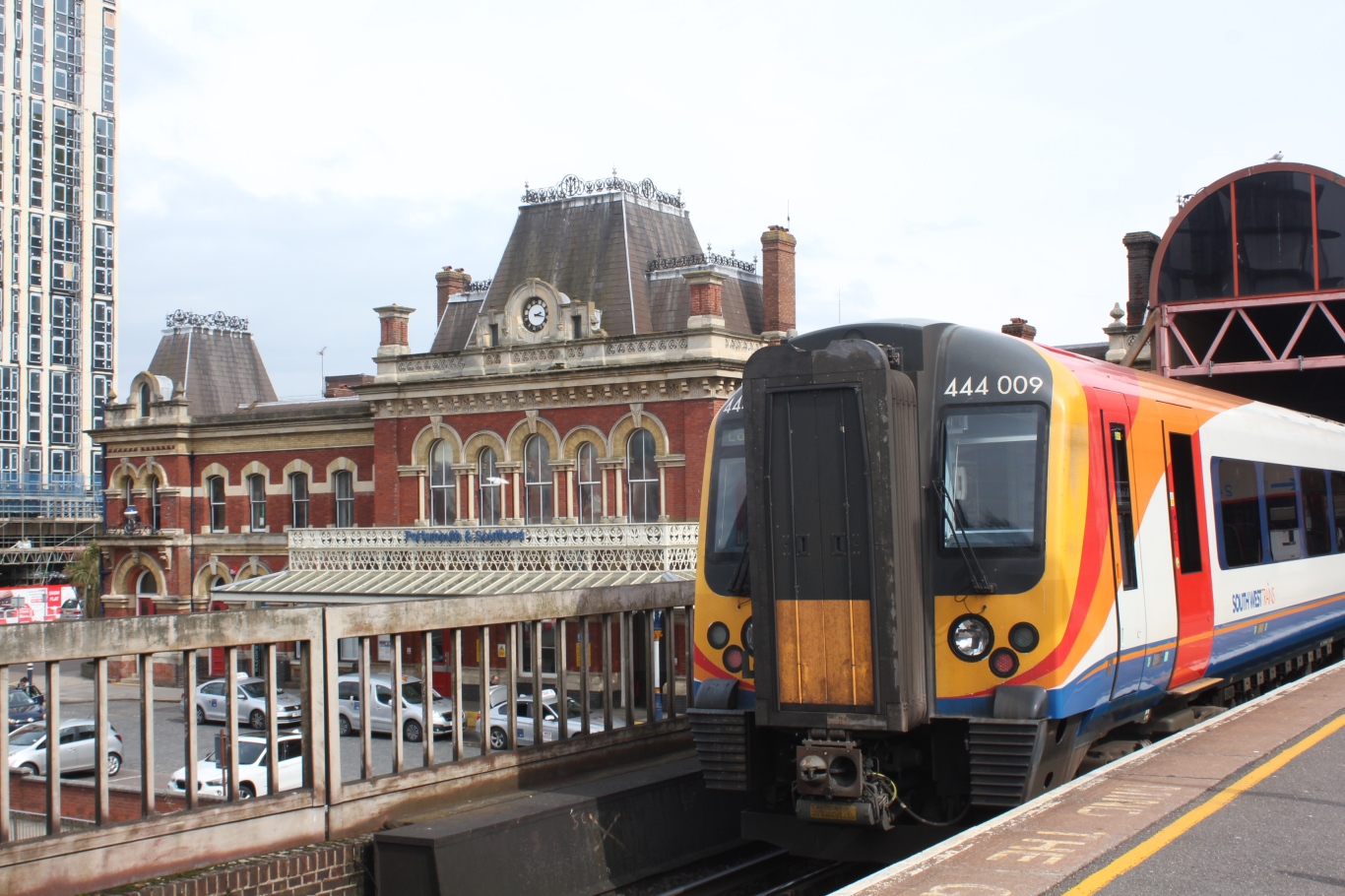 There is an abundance of accommodations offered in Portsmouth. From hotel chains such as Travelodge, Premier Inn, Marriott, and Holiday Inn to more of a homely experience with AirBnb listings, finding a place to call home during your trip will never be an issue.

Constructed as an artillery fort in 1541 by Henry VIII, Southsea Castle was the focal point of the King’s Device Programme, a defense strategy designed to protect Portsea Island against invasion from France and the Holy Roman Empire. It briefly served as a military prison during the 1850s and was involved in Operation Grasp, a seizure of French naval vessels in Portsmouth Harbour during World War II. Today, it is a popular tourist attraction that welcomes over 90,000 visitors per year. In addition to the rich Tudor history lessons each exhibit provides, guests can also enjoy both city and ocean views while sipping on a coffee at the cafe, grabbing a bite to eat at the on-site restaurant or enjoying a craft beer from the castle’s very own microbrewery—one of the smallest in England. 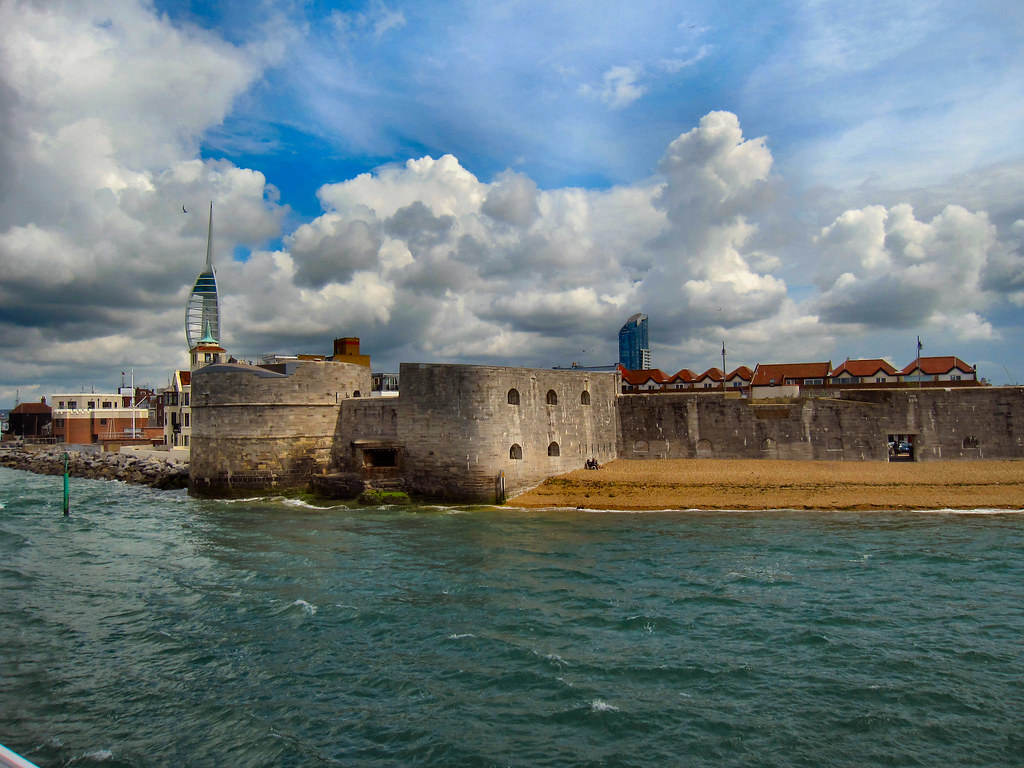 Opening in October 2005, the Spinnaker Tower is the centerpiece of the redeveloped Portsmouth Harbour. Standing at 170 metres, the observation tower pays homage to the Portsmouth maritime history by taking the shape of a spinnaker, a distinctive sails that balloons outward. You can enjoy the gorgeous seaside view for an admission fee of less than £12 but you can further your observation deck experience by enjoying “High Tea” in the clouds or reserving a table to relax while sipping a glass of prosecco or champagne. 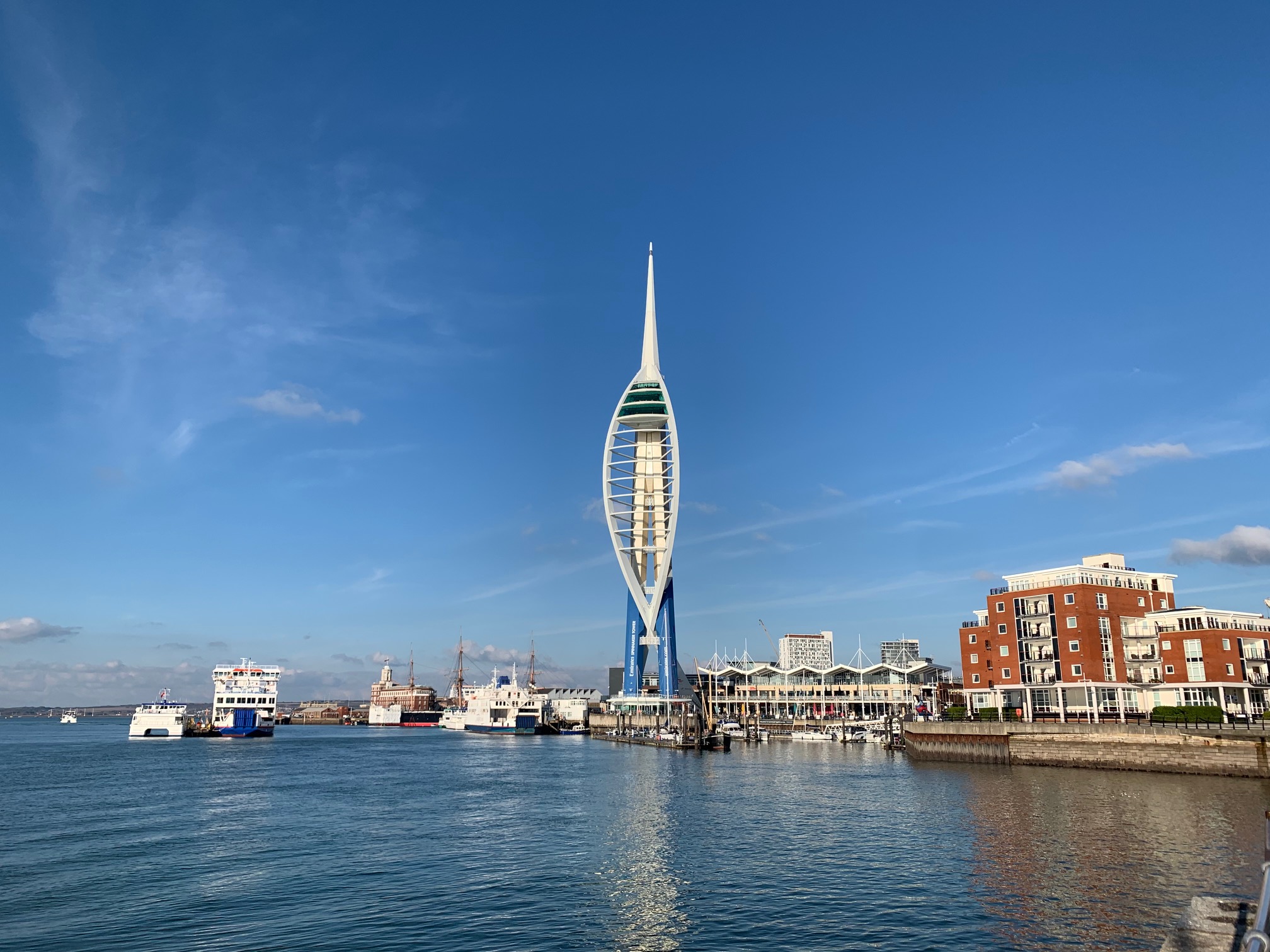 As the only area of the HM Naval Base Portsmouth to be open to the public, the Portsmouth Historic Dockyard offers an up-close and personal experience with celebrated ships and notable buildings that have served in the Royal Navy. You can enjoy your time here with several attractions such as the HMS Victory, HMS Warrior 1860 and the National Museum of the Royal Navy Portsmouth. You can save money by booking tickets online in advance here. 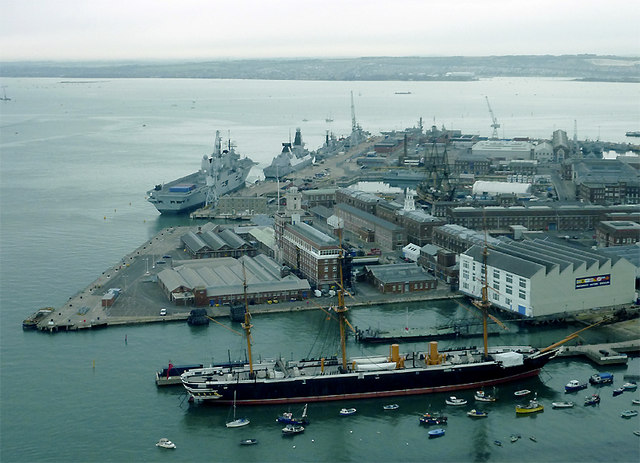 The naval shore establishment called HMS Vernon officially carried the Royal Navy’s arsenal, a convenient area for ships to dispose and restock on weapons and ammunition upon entering the harbour. However, in 1996 the Portsmouth City Council redeveloped the area in Gunwharf Quays, a mixed-residential outdoor shopping centre consisting of designer outlet stores, restaurants, cafes, pubs and a cinema. Whether you’re after a new pair of shoes, midday movie at the cinema or a refreshing cocktail, this destination will satisfy all your needs. 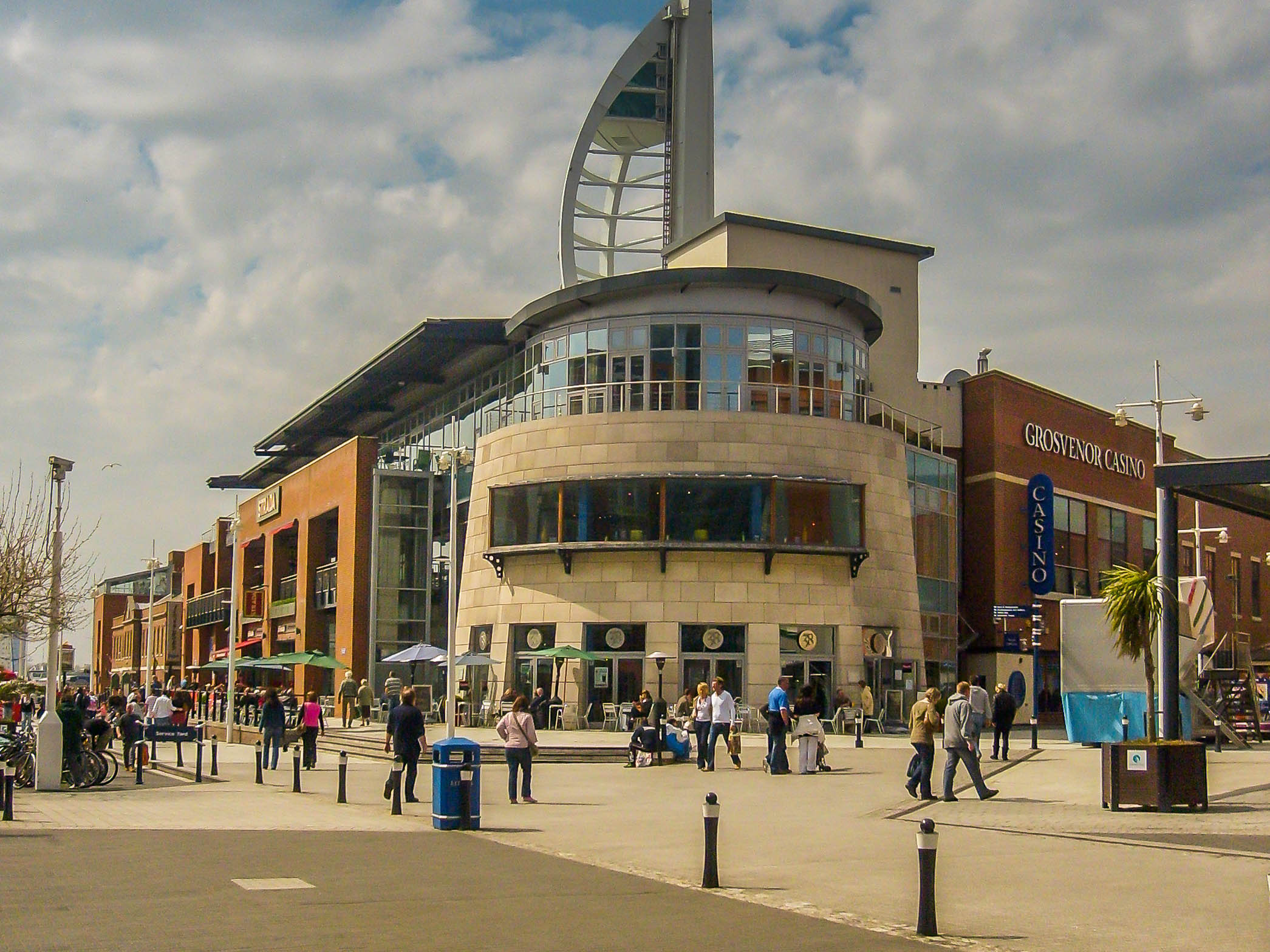 Originally opened in 1861, this seaside pier is very unique as it stretches alongside the coast as opposed to extending far out to sea—a rarity in the United Kingdom. Having been bombed in World War II, it was reopened in 1961 and became a monumental asset to Portsmouth. The quaint amusement pier consists of a ferris wheel, two roller coasters, a carousel, fun house, miniature golf course, arcade, casino and multiple eateries, some even offering the best fish and chips in the city. 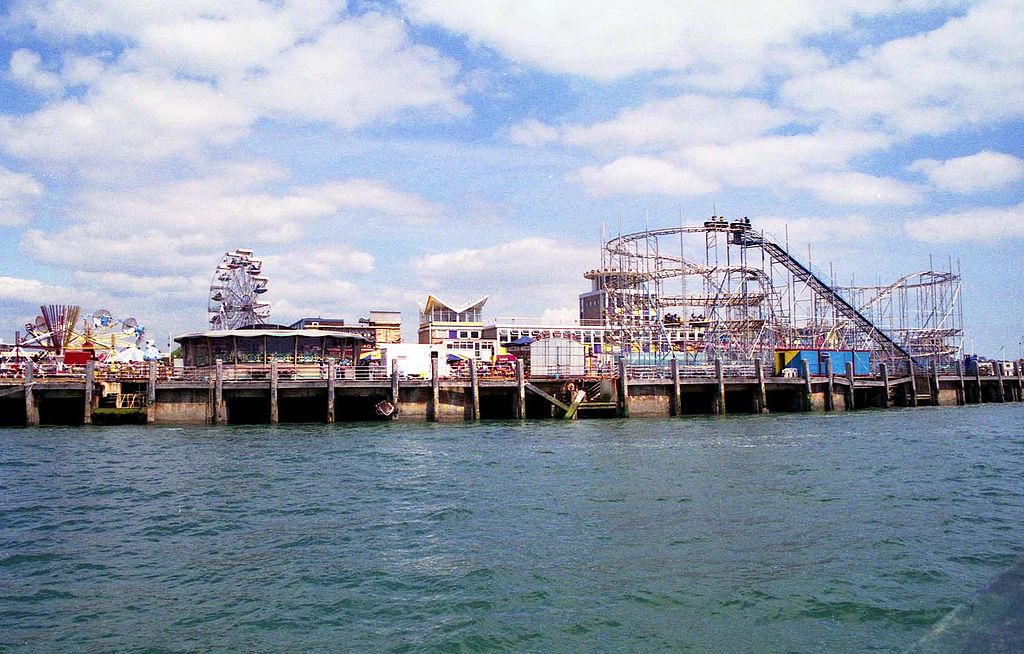 Portsmouth is known for having an abundance of bars and pubs to choose from, catering to the many students studying at the University of Portsmouth and also the English who have never been shy about their adoration of a pint. Some of the best in town are Hong Kong Charlie’s Vodka Bar, The Liquorist, Shenanigans, King Street Tavern, The Astoria, and the oldest pub in Pompey—The Dolphin which was established in 1716. Most bars are easy on the pocket, offering happy-hour deals and even student discounts. You can also enjoy some of the best pies in the south of England at Southsea’s Pie and Vinyl. 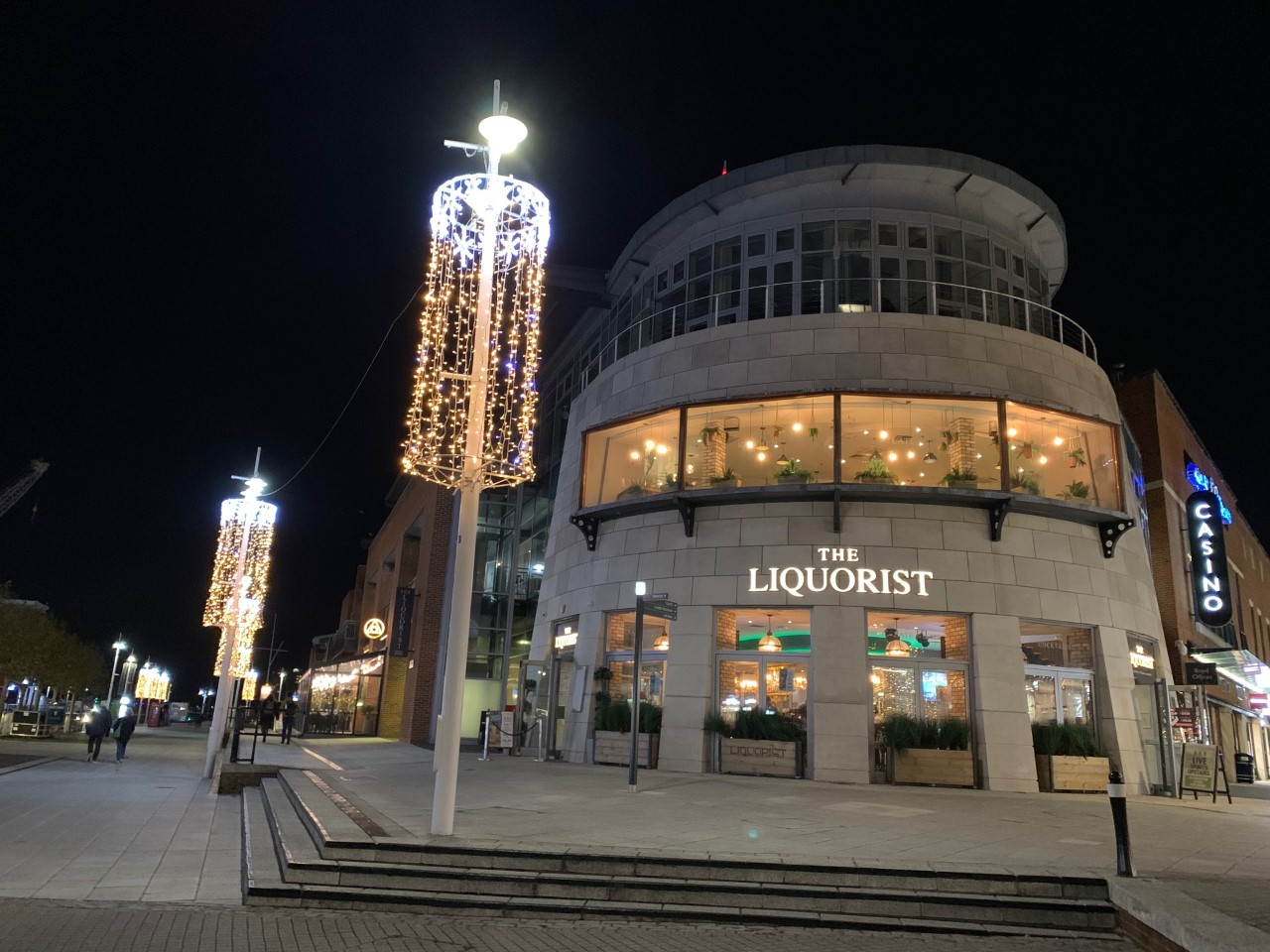 The quintessential English city of Portsmouth appeals to history buffs, ocean lovers and alcohol enthusiasts alike. With the easy accessibility from London and reasonable travel costs, there’s absolutely no reason not to enjoy a spontaneous or planned weekend in this great waterfront city. 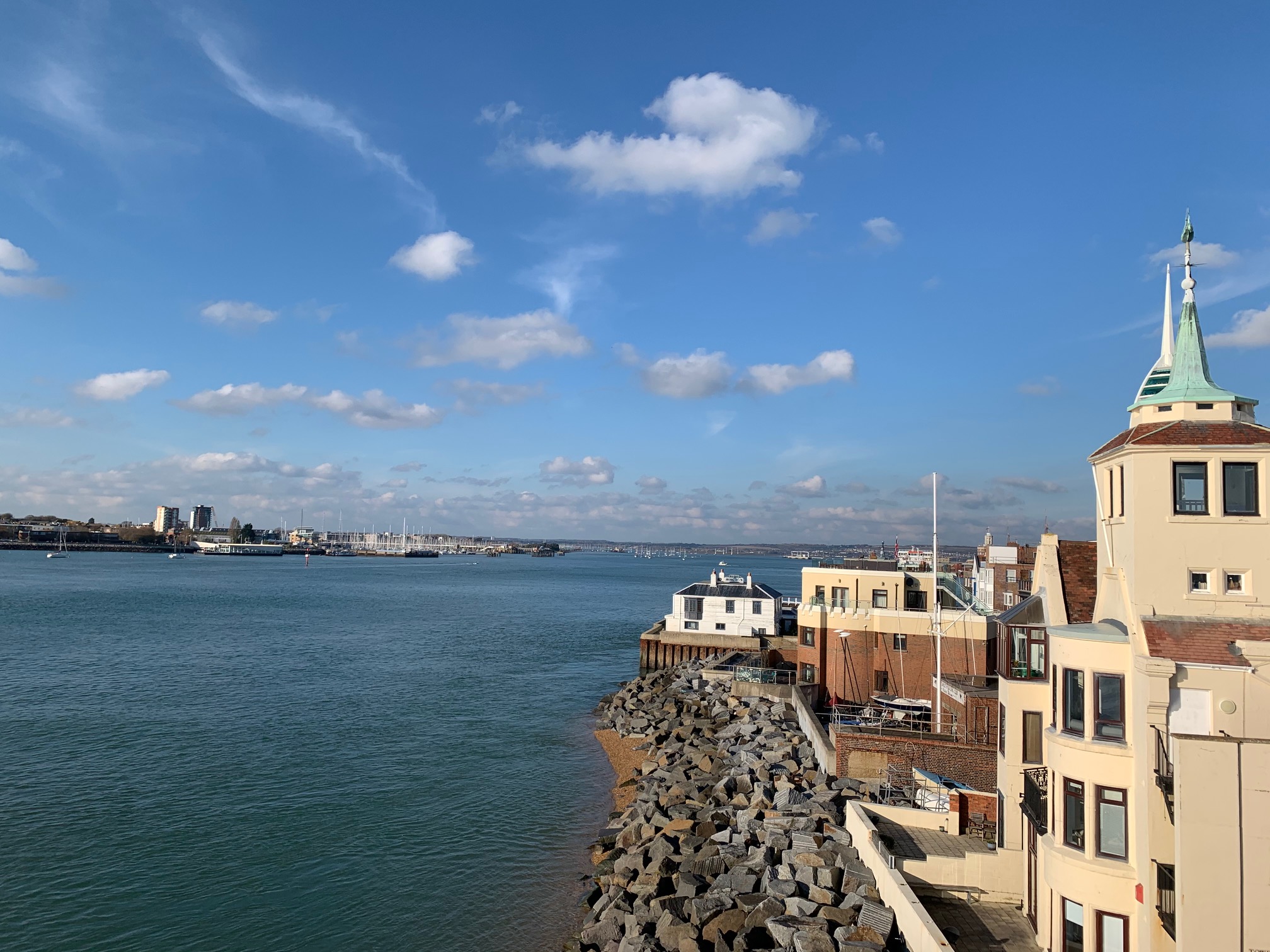