The number of wine producers in the UK has increased by 13 percent in the past year reaching a record high in answering the demand for ‘boutique’ drinks and local products.

Where French, Australian and South American wines have been losing popularity in favour of wines from the UK, an emerging trend for niche produce from small independent companies indicates that consumers are moving away from established global brands. 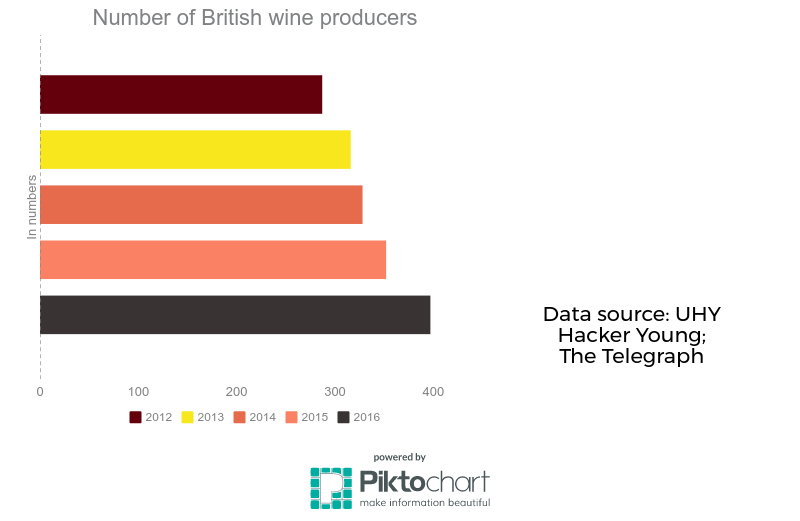 James Simmonds, a partner at UHY Hacker Young, said to The Telegraph: “It is more of a talking point, more of an event, to order a Welsh wine than French. But it is not just novelty value- critics are giving English and Welsh wines higher and higher ratings.”

Hotter temperatures in the UK in the past twenty years have contributed to the production of higher quality UK wines, leading to higher prices.

Simmonds stated to FoodBev Media: “English wine does achieve relatively high price points, suggesting it is winning a reputation for being a luxury, or at least, a premium product.”

Former environment secretary Elizabeth Truss set a target to increase wine exports tenfold by 2020, from 250,000 bottles to 2.5 million bottles, seeking to popularise UK wines and their status as luxury goods on the global market.