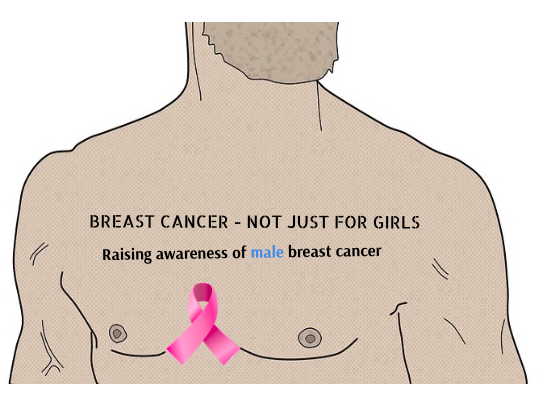 Breast Cancer is not just for girls. Even though it is predominantly associated with women, rather than men, it is important to alarm the masculine part of the world. Especially the ones that are over 60, (but it has affected a lot of younger men as well) that breast cancer doesn’t have a gender preference.

In the UK only around 350 men are diagnosed with cancer a year compared to 50 000 women. 24 per cent of men don’t think they could be affected by the condition. The risks increase as they get older – those affected can develop the disease when they are over 60. 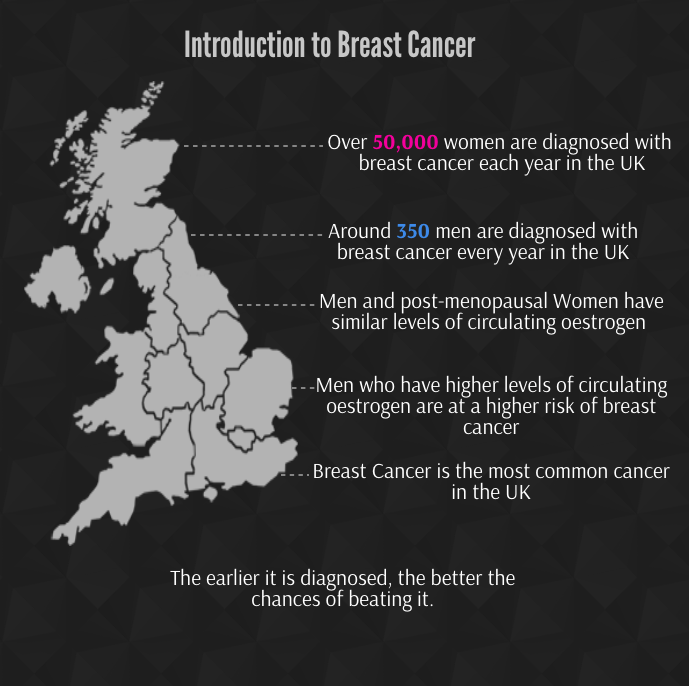 Here is everything you need to know about male breast cancer.

In how much of a risk are you?
The highest risk factors are for men are obesity or having close family members who had breast cancer (sister, mother etc).

According to Cancer Research UK, around three per cent of cancers diagnosed women are thought to be due directly to an inherited faulty gene, whereas with men this might be even more common.

Where does cancer develop?

Breast cancer in men is developed in the small amount of breast tissue that men have behind their nipples.

What are the symptoms? 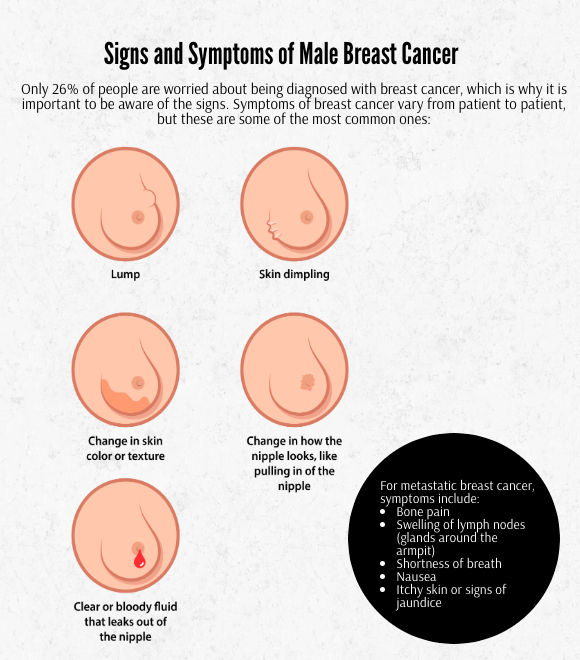 Men should be aware of a hard lump that is close to the nipple and is almost always painless. However, the lump could also appear under the arm in the form of infection on the armpit.

Men mostly refuse to see a doctor, because awareness among men is less and they are less likely to assume a lump is breast cancer, unless the symptoms are serious, and this includes blood or nipple discharge.

Additional signs are sensitive, itching or inverted nipples, and swelling in the chest area.

Be aware and seek medical assistance as soon as you notice something unusual. You can turn to your GP or to His Breast Cancer organisation, that explains how men can carry out a self-breast exam.

The treatment is determined after the doctors take into account the type, the stage, the grade and whether the cancer cells have receptors for particular hormones or for targeted cancer drug therapy.

The majority of men diagnosed with breast cancer undergo mastectomy, which is followed by radiotherapy that targets the chest area in order to demolish any remaining cancer cells.

The surgery lasts approximately 90 minutes and the recovery takes up to 4-6 weeks. However, a man who’s undergone mastectomy may need chemotherapy and hormone therapy afterwards. Moreover, some decide to have a breast reconstruction as well, if there is a need to replace any tissue that’s been removed.

When something feels off with your chest area you need to get an examination, the early detection of cancer could be treated with a cure, whereas with an advanced one, it would not be possible. 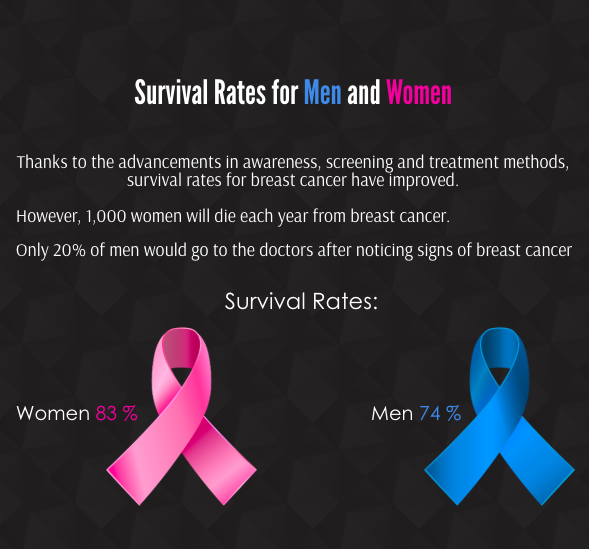