The NHS is to start offering people HIV injections every two months to keep the virus at bay. The new treatment will reduce the receiving of drugs from 365 to six times per year.

National Institute for Health and Care Excellence (NICE) recommends offering the antiretroviral drugs cabotegravir and rilpivirine in England and Wales after trials proved they work as effectively as daily tablets.

It is the first long-acting, injectable treatment for adults with HIV.

Approximately 100,000 people have HIV in Britain. An estimated 13,000 people in England will be eligible for the treatment, which will replace daily pills.

The treatment is only suitable for those who have already achieved undetectable virus levels in the blood while taking tablets.

HIV is still incurable, yet the virus can be controlled by taking antiretroviral tablets daily. However, taking tablets every day is inconvenient; many forget to take them, some suffer from pill fatigue or have difficulty swallowing.

Professor Chloe Orkin, an expert in HIV at the Queen Mary University of London, said: “It would release people with HIV from the burden of daily oral therapy, and offer them only six treatments per year instead.”

“Innovations that can make it easier for people to stick to their treatment plans both improve the well-being of people living with HIV and bring us one step closer to the goal of ending transmissions by 2030,” said Deborah Gold, the chief executive of National Aids Trust.

Although HIV is still irremediable, researchers found that patients who had the new treatment could reach a point where the virus particles in their blood were so low those particles could not be transmitted between people.

This is a great day in England and Wales. We celebrate with people living with #HIV who will benefit from this amazing innovation.
Let’s make this available for all who need it in every country. #Equality #Solidarity #beatAIDS https://t.co/c1bCJV7h65

Stigma remains a significant issue in the HIV community and taking tablets every day may be difficult for some people. [The new medical approach] offers an injectable alternative for many people.

The data and studies underpinning this recommendation are solid, and real-world experience suggests that patients that start injectable treatments prefer to stay on them.”

Garry Brough of Positively UK shared with The Guardian: “We still have a long way to go in educating around HIV, but [the new treatment] demonstrates how far we’ve come since the 1980s epidemic.

It is a huge step forward. Having to take tablets every day can be physically, emotionally and socially burdensome for some people.

This decision reflects the rightful need for people living with HIV to have the freedom to manage their HIV in a way that works best for them, helping them to live their life to the full.”

However, for some people, having to take daily multi-tablet regimens can be difficult because of drug-related side effects, toxicity, and other psychosocial issues such as stigma or changes in lifestyle.

We’re pleased to be able to recommend cabotegravir with rilpivirine as a valuable treatment option for people who already have good levels of adherence to daily tablets, but who might prefer an injectable regimen with less frequent dosing.” 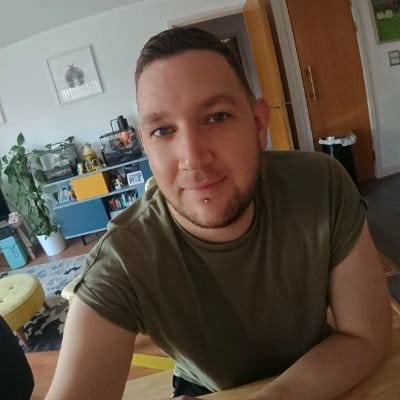 Alex Sparrowhawk, from Manchester, was diagnosed with HIV in 2009 and since then he has been working for an HIV charity called the Terrence Higgins Trust.

He would consider the long-acting injection for HIV, yet he hasn’t decided yet.

“It’s quite a complex issue because currently I take one tablet every day, and it’s easy and works well for me. I see my HIV doctor only twice a year and If I was to change my treatment, I would need to visit the clinic six times a year for injection.

“Mental health and the well-being of people living with HIV should be considered too. The daily tables are a constant reminder about HIV. Hence, if you are in a period when you are suffering from anxiety the injectable might be an alternative.”