The museum of drug policy gives an insight into drug regulations and its criminalisation with the use of art and uplifting talks and workshops in the heart of Southwark.

The museum of drug policy is a free pop museum that opened in the London Bridge area from the 3rd until the 5th of November.

First launched in New York City in April 2016, and later in Montreal, the museum came to London to celebrate the 50th anniversary of Release, a UK based non-profit organisation that provides specialist advice to the public and campaigns for the decriminalisation of drug use.

With more than 60 pieces of art, the museum is aimed at demonstrating how drug policies affect communities from all over the world. Using art to convey this powerful message was definitely effective, considering that, other than a few sentences for every past decade, the works spoke for themselves.

Along with the effects of drug policy, the exhibition included themes such as sex trafficking, racism and human rights. It also advocates new approaches that enclose dignity, health and human rights.

As if the extraordinary pieces were not enough, the three days were filled with free panels and workshops. Some of them included the Sex Worker’s Opera, a multi genre performance that gives sex workers a chance to speak their truth and a Q&A with local activists from organisations such as Black Lives Matter UK and Reclaim Holloway.

LionHeart, TEDx Speaker and award-winning poet, performed one of his powerful poems. He has recently released his book The Mute’s Rebellion, which you can buy here. The Voice of London had the pleasure of interviewing him. He told us about how his selective mutism had prohibited him from being fully present and building his own confidence in who he was, he calls it “a pseudo form of survival.” The spoken word artist, who was writing poetry while he should have been at his architecture classes at university, aims to solidify himself as “a role model for those men, like me who found opening up and being vocal emotionally quite difficult. But its necessary for us all.” 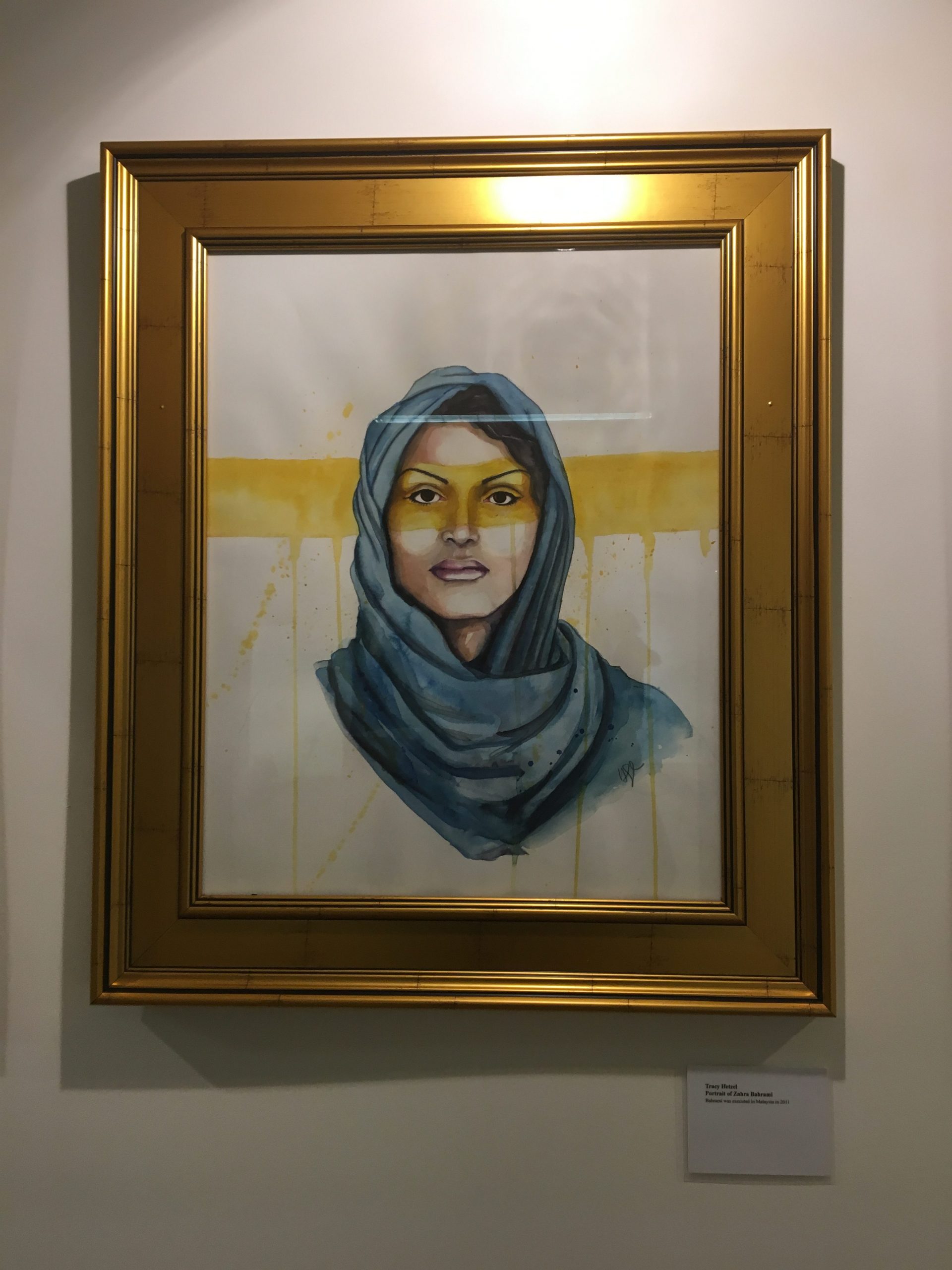 The work that became almost a symbol of this exhibition is Tracy Hetzel’s portrait of Zahara Bahrami executed in Malaysia in 2011, one of the pieces from her Execution Portrait series. She profiled five individuals who have been executed because of drug use or distribution. 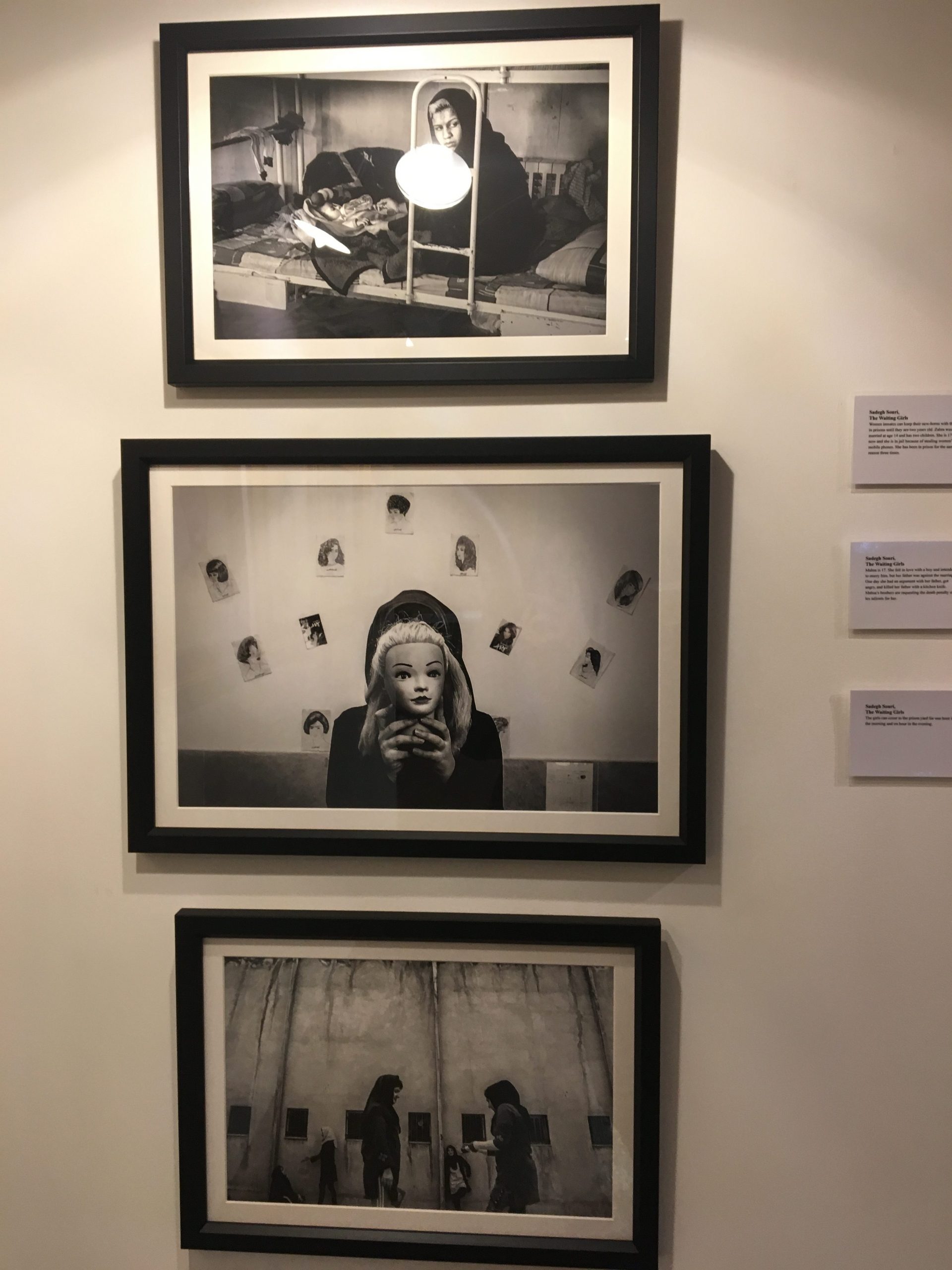 The Waiting Girls or Girls Waiting for Capital Punishment series by Sadegh Souri is extremely touching as it shows young female Iranian prisoners who are waiting to turn 18 to be executed.

As Niamh Eastwood from Release said to The Voice of London: “The Museum of Drug Policy was a fantastic and innovative way of celebrating the work of the organisation as well as demonstrating the human cost of the ‘war on drugs’ through art. Perhaps even more importantly is the fact that drug policy in the UK is an utter failure, drug related deaths have increased by 44% in these last four years, with heroin related deaths rising by 109% in the same period… the museum was an opportunity to elevate these issues with the public and utilised creative activism to help change minds and hearts.”

The opportunity to take part and see all these inspiring art pieces and extraordinary people for free is one of the reasons why London is so great.

P.S. Catch the documentary that was screened on that Saturday: 13th by Ava DuVernay. Everyone could learn from it.