Star Trek actor Anthony Rapp was one of the first men to join the #MeToo movement. Here is why we need more men to speak out about sexual harassment and rape.

When he was 21, Joe (name changed) met a guy on a night out in Brixton and decided to invite him back to his house. The next thing he remembers is waking up on his bed; naked, in pain and robbed of all his belongings. He later learns that he was drugged with GHB, London’s most common ‘date rape’ drug. But it took him more than two years to tell his friends “all of the truth” about what had happened, or may have happened, that night. “It was hard to get my own head around my feelings. I think that’s why I couldn’t come forward and speak out right away. I felt so used.”

It’s that feeling of shame, the fear that people might not believe you and the stigma that still surrounds sexual harassment, that has made all those women assaulted by Weinstein, and all those Facebook friends of yours that posted #MeToo on their timelines, wait so many years before coming forward and finally speaking out.

Anthony Rapp, the Star Trek actor who this week accused Kevin Spacey of making a sexual advance toward him as a teenager, is not only the latest celebrity joining the most recent wave of harassment claims, he’s also one of the first men doing so.

Generally, and historically, rape is seen as a crime against women. Girls grow up knowing that they are the physically weaker sex and that they will have to ‘be careful’ when walking home at night. A harrowing 85,000 women are being raped in England and Wales every year, according to the latest Rape Crisis report.

What the report also shows, is that another 12,000 victims of rape every year in England and Wales are men. So, whilst we are fighting stigma surrounding sexual abuse, let us, once and for all, fight all of it. 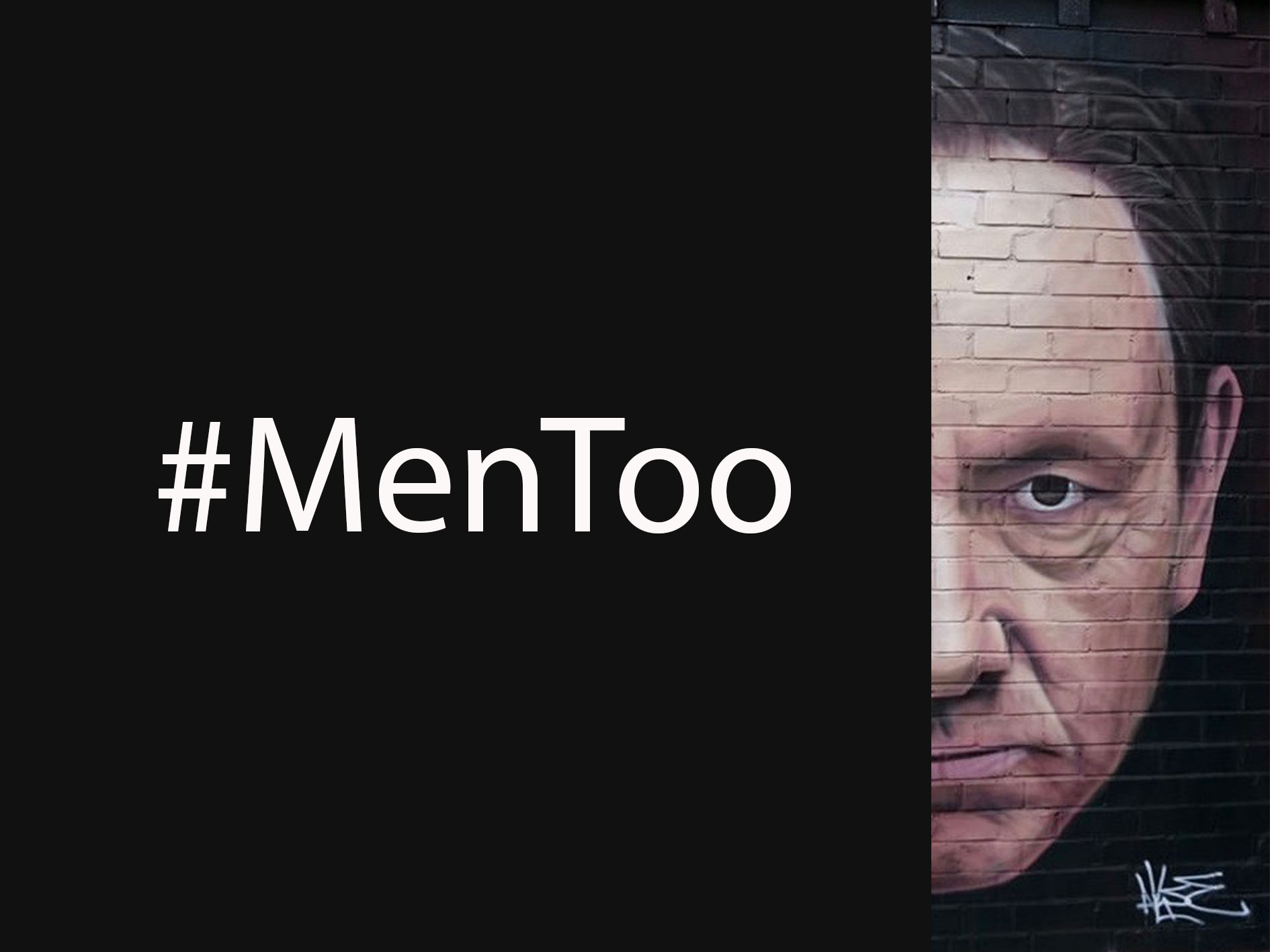 Kevin Spacey is the latest celeb to be accused of sexual harassment. Photo Credit: flickr.com

You might remember Stephen Port, the ‘Grindr Serial Rapist’ who killed Anthony Walgate, Jack Taylor, Daniel Whitworth and Gabriel Kovari with an overdose of GHB and then simply dropped them at a graveyard in Barking in 2016. Ever since then, the media has been rather quiet around the issue of men at risk of being raped in London. Which does not mean that being spiked on a date or in a nightclub has become any less likely, no matter your gender.

The taboos surrounding male rape that hold back many from speaking out has various sources. A deep shame about not having been in control of their own body, something they are so used to, is only one of them.

Fact is, we are all vulnerable. There is no value in debating which sex is more affected than the other or, equally, which one is more likely to offend. It’s worth mentioning that women sexually abuse and touch men’s private parts without their consent too.

We’re lucky to live in a city in which the equality and the diversity of gender is valued and continuously fought for. We should be the first to manage to make our male friends feel just as comfortable in speaking out about abuse as our female ones. Because, for the moment, only around 15% of those men and women who experience sexual violence choose to report it.

After Rapp, three more men have come forward to claim that Kevin Spacey sexually harassed or groomed them. As Rapp phrased it in his Interview for the Mirror, we should all feel responsible for “shin[ing] another light on the decades of behaviour that have been allowed to continue because of many people […] being silent.”

Interested in reading more stories on the topic? Have a look at #METOO: Solidarity vs Separation and Beyond the global #MeToo Movement.