A Bath University student died after contracting meningitis. Public Health England then confirmed the status of other students and staff who had physical contact with the student and give them antibiotics to prevent further spreading. So far there is no new infection founded.

This is not the only case of young people affected by meningitis in recent years.

What is Meningitis? What causes it and how does it transmit?

Meningitis causes swelling of the meninges after bacteria enter the body. It can also cause blood poisoning and permanent damage to the brain or nerves, which can be fatal within a few hours. It can occur in all ages, but young children, adolescents, and young adults are more vulnerable.

The figure below shows the number of cases of meningococcal disease by age group for the two quarters before 2019: 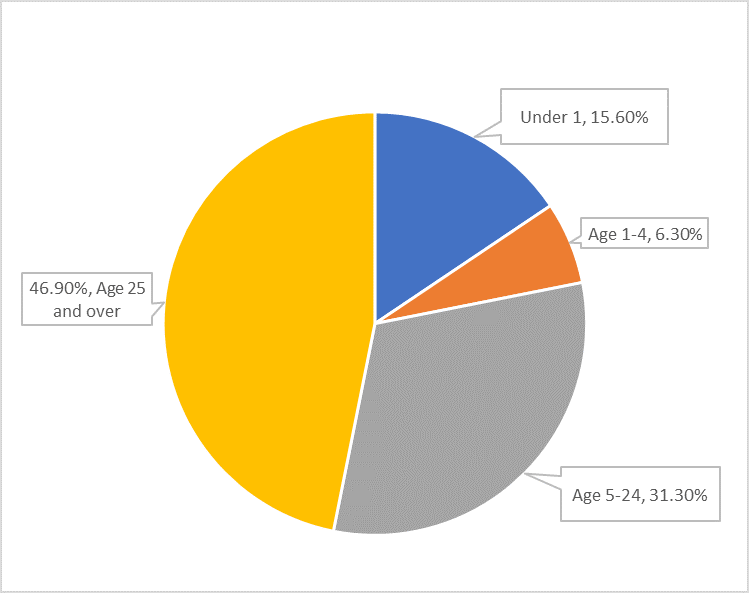 Bacteria, viruses, and fungi can all be the cause of meningitis infection. Among them, the bacterial infection is the most serious and deadly one. According to the Guardian’s report, Rob Dawson, the director of support at Meningitis Research Foundation, said after what happened to the Bath University student, “Meningococcal bacteria are transmitted from person to person by close contact with others such as coughing, sneezing, kissing, etc.”

Almost all cases of meningitis can be successfully treated, but if left untreated, it can become very lethal. It is necessary to know how to identify it when it is encountered. Based on some early symptoms, it is quite normal for the patient to think they may have the flu or other common diseases, which is the main reason that they missed the right timing for medical treatment. The following graphic shows the similarities between meningitis and common flu, and some unusual symptoms that should be cautious about.

The NHS has shown a list of UKs free of charge on vaccinations that offer protection against certain causes of meningitis and the ages at which they should ideally available on their website.

However, BBC reported that Charity Meningitis Now said the strain of meningitis had been identified as MenB (meningitis B vaccine – offered to babies aged 8 weeks, followed by a second dose at 16 weeks and a booster at 1 year) which young people “are not routinely vaccinated against”. At the same time, Alisha Bartolini’s mother is still campaigning for more young people to be aware of the significance of getting vaccinated.