Voice of London visited this year’s Love Island winner Kem Cetinay, last night at Watford Pryzm, to find out if he truly is 5″10, as he raps in his latest debut single, alongside Love Island’s third place Chris Hughes.

Armed with a tape measure, we went to find out if we could take some measurements of the newly formed rapper.

Photo Credit: Charlotte Racher.
Tape measure at the ready but unfortunately it received no love from Kem

However, unlike in the villa Kem was not partaking in any banter at all and was a ‘little bit leave it’ about the situation, telling us: “no no, I am not doing that, I only take pictures.”

But we furthered our investigations, measuring myself in at 5″4, standing alongside Kem, we can clearly see that he is not 5″10.

A revised lyric that appears to be more appropriate: ‘My name is Kem, I’m 5″6 and I only do pics.’

Amber, Love Island fan and part-time worker in a garden centre, inside the club said: “I’m 5″7 and I was taller than him.”

It was apparent that his club appearance was a conveyor belt system, there was a quick meet and definitely no greet. 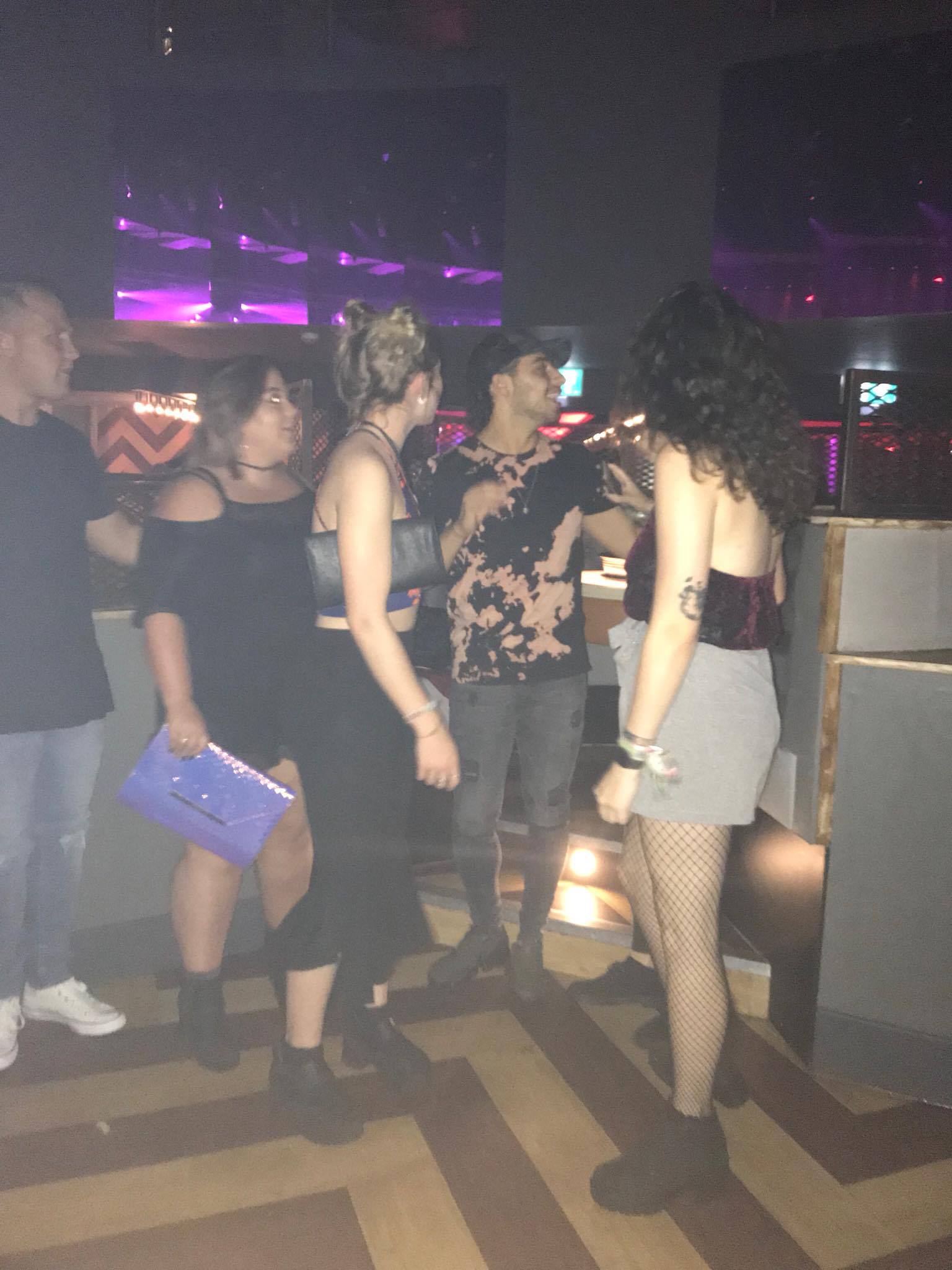 Photo Credit: Charlotte Racher.
Despite a quiet club night and short queues for photos, the security to the left were keen to remove anyone on who tried talking to Kem

One fan, Nathan Milsom was quickly ushered away for speaking to Kem for too long, despite short queues to meet the Turkish reality star.

He said: “Kem didn’t seem as lively as he was on television, I felt like he was moodier than expected, I took a picture with him and he wasn’t as engaging as I thought he would be, oh and also I’m 6″3 and I definitely wouldn’t say Kem is 5″10.”

As a fan, Nathan joined Voice of London in a second attempt for a measurement but Kem said no just as quick as his security guards removed us away from the area to avoid any kind of conversation.

It seems that he’s quickly forgotten what it’s like to be a fan and needs a chat with his idol Stormzy, as he’s now certainly, ‘too big for his boots’.