Olivia Buckland, 23, fiancé to her Love Island lover, Alex Bowen, and mother to French bulldog, Reggie, hasn’t remained a beach babe since her time in the villa.

She’s copping a feel too.

She’s put her name, and her breasts, to the all important CoppaFeel! Campaign.

The campaign raises awareness everywhere to remind men and women to check their chests to catch breast cancer as early as possible – as it’s the most common type of cancer in the UK.

Voice of London spoke to Olivia Buckland to find out what it was like for herself and her fiancé to feature in their latest campaign.

When asked about how it feels to show her breasts on television and online she said: “When it’s about a charity that means so much to so many people, you don’t think twice.” 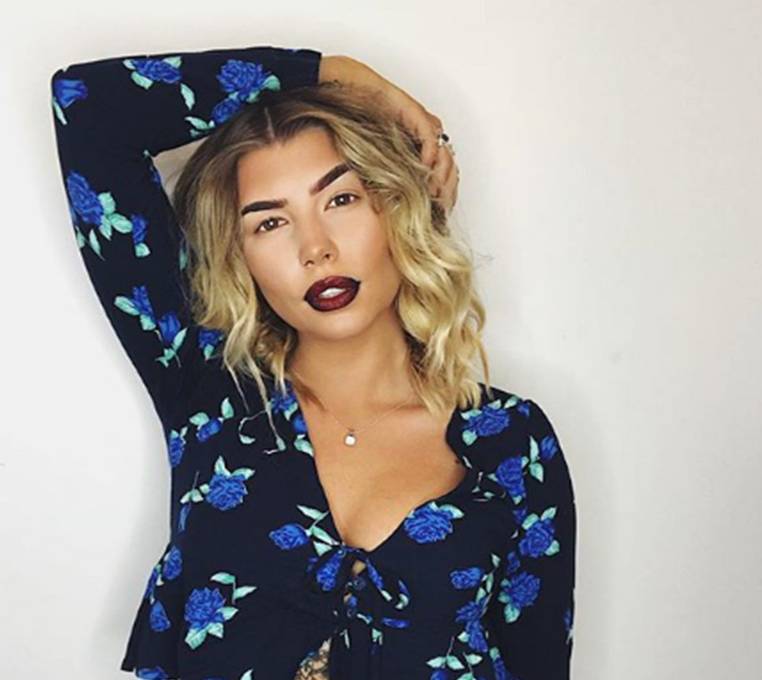 Credit: Olivia Buckland. The Love Island star reached second place in last year’s series and has been working hard ever since

“Play, point, poke, pat” encouraging words on the advertisement tell viewers to give your boobs a feel alongside lots of objects symbolising breasts.

It’s also the first advertisement on UK daytime television to feature a fully visible female nipple. Olivia said: “I bet she’s proud!” And that she felt she has made a contribution to “something bigger than me and bigger than any of us, and that’s a great feeling”.

Credit: Olivia Buckland. Olivia’s fans have all been praising her for her work with CoppaFeel!

CoppaFeel! state that they exist to: “educate and remind every young person in the UK that checking their boobs isn’t only fun, it could save their life”. You can even get an email or text to remind you to check your breasts.

Their light-hearted approach to raising awareness takes away the taboo topic about talking about your boobs and reinforces the importance to give them a good check.

Olivia explained: “The campaign and the people involved were incredible and had the charity at the heart of everything.”

They also feature some emotive footage of women on their Instagram who have been diagnosed to highlight the importance.

The advert included Olivia’s husband-to-be, Alex Bowen. She said:  “It’s great that as a couple we can raise awareness and stand together on an issue which needs so much more attention than it has had in the past!”

Although it is much rarer, men too can be diagnosed with breast cancer. Alex Bowen, reality star and owner of M.V.M.N.T London, raised further awareness for this on his own Instagram.

Throughout the month of breast cancer awareness, people everywhere have been coming together to raise awareness. Olivia reinforced that “anything that proves a point and raises awareness for such a hugely important charity is the way forward”.

It is estimated that one in eight women are diagnosed with breast cancer in their lifetime. But the chance of recovery is good, when detected earlier. This is why it’s important to check your breasts for any changes and irregularities.

A little reminder to give your boobs a jiggle, squish, smoosh, feel or touch… whatever they look like. #TrustYourTouch https://t.co/cTQSOTo00Z pic.twitter.com/PZQbWuumu0

Olivia said on checking her own breasts: “I check every month as I found a lump under my armpit which I still have, it was really frightening but I had it checked and it is actually just a lump of fat! But this is why I urge girls to check and know their bodies.”

The causes of breast cancer are still not fully understood. However, the NHS has said that certain factors can increase your chances including:

Olivia Buckland is keen to get involved with charity work and suggests that this won’t be the last time she’ll be working with CoppaFeel if another opportunity arises: “CoppaFeel always do odd bits and bobs to raise awareness and I will always want to be a part of that.”

The NHS advises to see your GP if you experience any of the following changes:

… and of course if you’re just a little worried or confused about your breasts!