The Bank of England has released the design of the new £20 banknote featuring painter William Turner. The banknote will have Turner’s 1799 self-portrait on it and is said to be the most secure one yet.

Turner was elected after the governor of the bank asked the public which cultural figure deserved the honour. With around 30,000 votes, five artists made the final list of nominations including: Turner, designer Josiah Wedgwood, painter William Hogarth, comedian Charlie Chaplin and sculptor Barbara Hepworth. 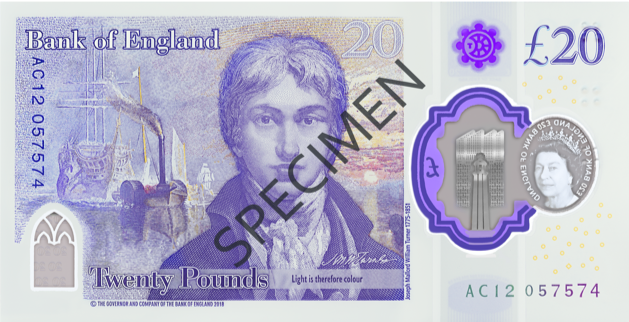 The Back of the new £20 banknote Photograph: The Bank of England

Joseph Mallord William Turner lived and worked in 19th century London. At 14 years old he was accepted in the Royal Academy of Arts and exhibited his first work there at 15. In 1786 he set off to Margate where he fell in love with painting the coast. To this day he is still acknowledged in the world of art for his love of the sea.

Turner is commonly known as ‘the painter of light’. He was fascinated by all representations of light in nature and typically painted outdoors. During his time it was considered uncommon as most artists preferred to paint in their studios. However, exploring nature close up allowed him to paint landscapes depicting light and movement that no one had seen before. 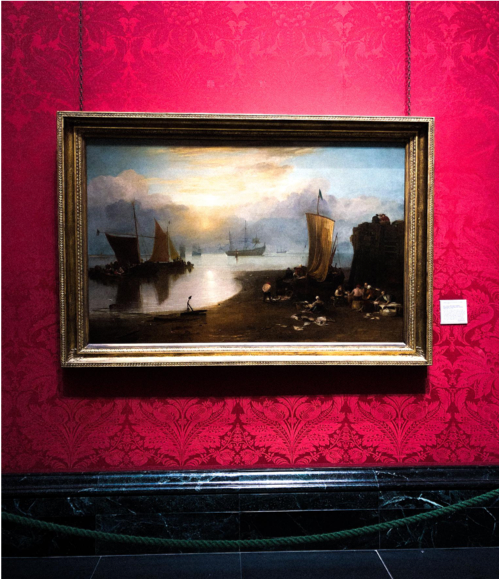 ‘Rising through the Vapour’ by JMW Turner on display at the National Gallery. Photograph: Ani Puncheva

Turner is still recognised as a visionary –  especially for his use of watercolour techniques with oil paints. This approach made him one of the greatest landscape painters in the world. The sights he painted were so distinctive and vivid that they made landscape painting seen in the same respect as a history painting.

As a key figure in the Romanticism movement, he was also seen as a forerunner of the French movement, Impressionism. His progressive painting inspired many other great artists such as Claude Monet.

Turner’s impact continues to excite art lovers even after his death. His life inspired the critically acclaimed movie, Mr Turner,  starring Timothy Spall. Another great aspiration for up-and-coming artists in Britain is The Turner Prize, also named after him. 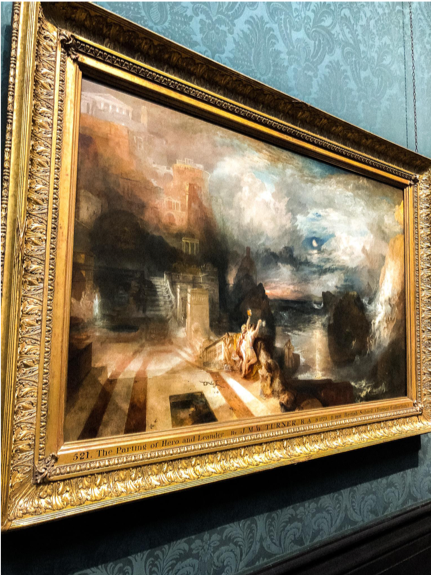 ‘The Parting of Hero and Leander’ by JMW Turner on display at the National Gallery. Photograph: Ani Puncheva