Darkened rooms, synchronous waves of laughter, and the smell of salty air. London is almost synonymous with cinema.

One simply cannot fathom a horrid world in which the English capital is void of the thrill of the big screen. We have always relied on the escapism it provides, the irreplaceable feeling of excitement upon seeing an old friend whilst seeing an old film.

As it happened, every cinema in London had to temporarily shut down as a consequence of the nationwide lockdown in March. The first time they could welcome audiences back was the 4th of July, however, a few independent cinemas decided to reopen slightly later due to the air of uncertainty in the city.

“We wanted to wait and see what appetite there was for people to return to the cinema, how cinemas dealt with the new way of working and to learn from them” as Ben Freedman, the owner of the Prince Charles Cinema, disclosed in a recent interview with Voice of London.

After having been shut for seven painstakingly long months, reopening just in time for the eminent London Film Festival was possible mainly due to the furlough scheme letting them keep on the staff.

Additionally, it enabled them to plan three months ahead with their unique programme. 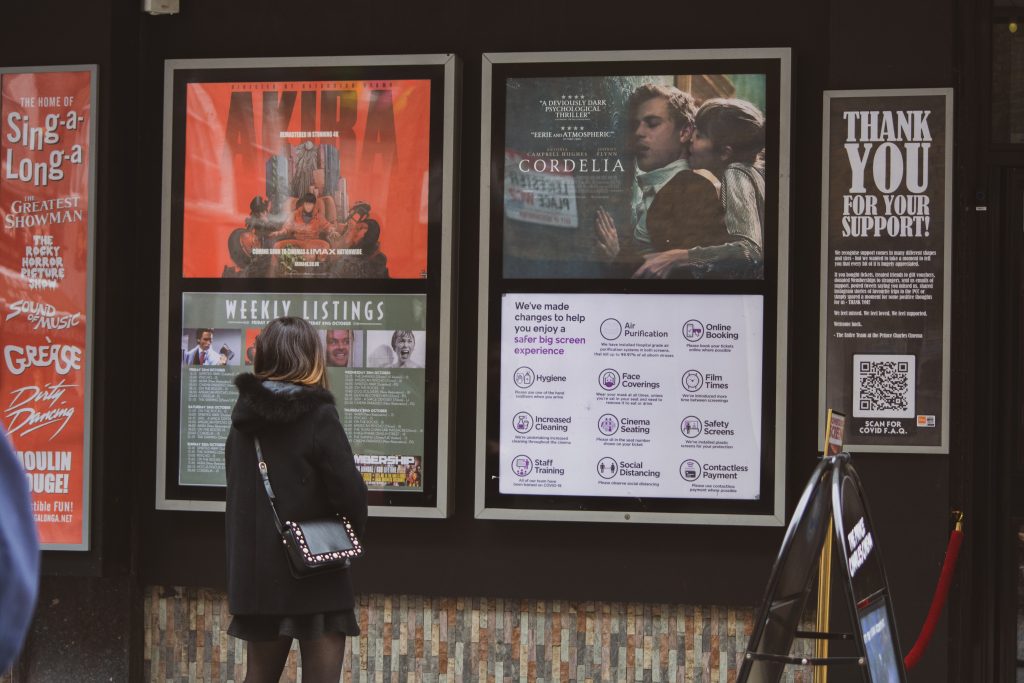 The Prince Charles Cinema has been a vastly renowned treasure of London since the 1960s. From the iconic sing-a-long screenings of Grease to the romantic overnight movie marathons, everything about this cinema is peculiar.

One could argue, even if all the other cinemas go down as a result of this dreadful pandemic, the Prince Charles Cinema would stand proud. Why could that be?

The main reason is undoubtedly the immense support from the generous London-based film-enthusiasts who have backed them financially before and during the lockdown. Cinema-goers rushing to buy tickets as soon as the programme was up was crucial for the business.

“It gave us the confidence to go full steam ahead” explained Freedman, adding, “we can’t survive without an audience.”

Now more than ever, the audience is hungry for not only the flashy new releases but the comfort of the classic masterpieces, such as The Shining and Psycho that are showing this Halloween on the big screen. 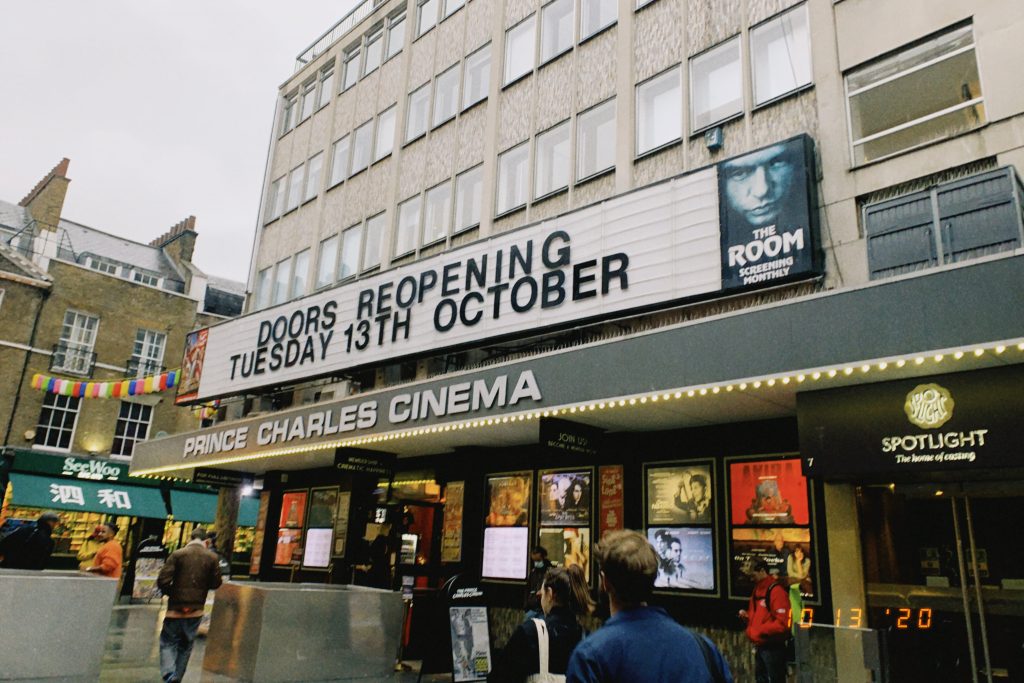 With Cineworld’s doors shutting dramatically upon the latest news of blockbuster films being delayed, one would think there is an imminent domino-effect of other cinemas closing temporarily.

“I understand why they’ve done it,” says Freedman, “the films they’re showing are simply not available. It’s been disappointing, the way film distributors responded to the crisis.”

Some smaller cinemas will, sadly, never be able to open again and “it’s a tragedy… That’s where the film distributors are seeing things in a different way.”

As it stands, no other chain has decided to pull down their curtains. London is fortunate to accommodate a vast number of independent cinemas that have never relied exclusively on new releases.

Some argue, however, that cinemas have been in trouble give or take a worldwide pandemic: “We’re at a tipping point. The pandemic has simply accelerated systemic issues in the cinema exhibition business. The room was already on fire; Covid just poured lighter fluid around the house” explains Steven Gaydos (executive VP of content, Variety) to the Guardian.

In opposition, Freedman expressed a slightly different point of view.

“My great grandfather had a cinema. I was brought up with cinema always being in trouble, whether it was the radio, the talkies, television, or video games. The key thing for us is we have a wonderful product, which is going into a darkened room and sharing what’s on screen. We need to make sure that it’s worth people’s bother to do. As long as we continue to do that I think there will be a cinema industry. It has evolved over the years with miniplexes, multiplexes. As long as we continue to evolve, people will continue to go. I always say, when people say that cinema is dead, well, people can cook meals at home and they still go out to restaurants. And we have to think like that, but we need to make sure that the experience is worthwhile.” 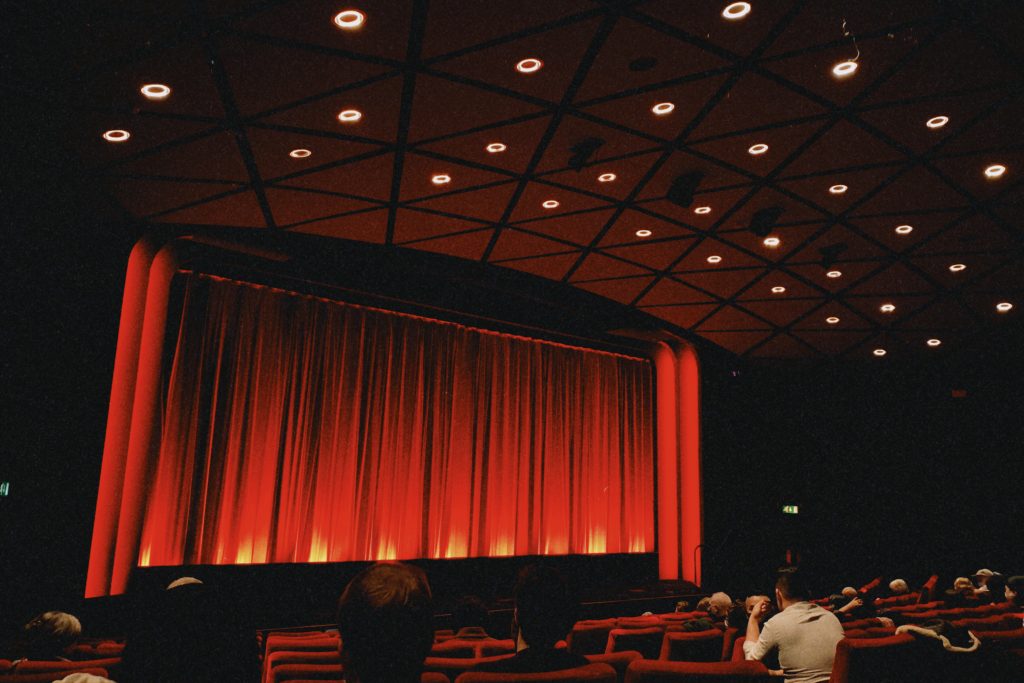 It is certainly not the golden age for cinemas, and as of now, the aim is to survive.

“We can’t make any money, because we don’t have enough seats to sell, but we can get close to break even and keep everybody in a job, which is our aspiration, to come out the other end not having lost too much money, but everybody still employed” continues Freedman, and there is a glimpse of hope in his voice.

“Our audience is in their 20s primarily, they’re the least threatened by the virus” he emphasised, “our audience is less in a position and less interested to stay at home.”

At this point, cinemas need to think strategically and see what makes people leave the house.

“Going out to the pub or for a meal and then to the cinema is part of how young people deal with city life,” he says, but it is undeniably a challenge for both sides.

Audiences need to be extremely careful and up-to-date with the newest Covid-19 restrictions, while cinemas are doing their best to keep everyone safe.

“Under tier 2, there is an issue that young people are meeting friends,” says Freedman, adding that “safety has been hugely important for us. We bought hospital-grade air filters, which filter air through the ventilation. We also did an initial survey and we had one person saying that they felt safer in the cinema than they did in their own household, which is really nice.”

It is important for audiences to know that cinemas are being extremely understanding in terms of refunds and accomodating people. If anyone feels unwell they can cancel their bookings and get a full refund as long as it is done 24 hours before the screening. 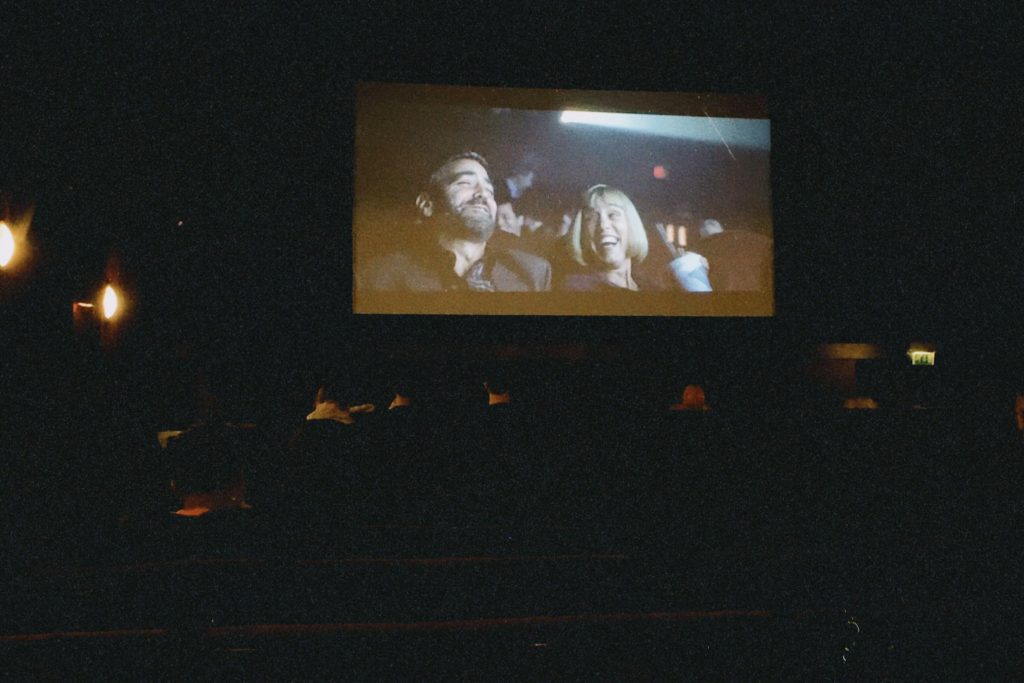 Given that there is a vaccine available next spring, the Prince Charles Cinema is hoping to be able to run at full capacity by the middle of 2021.

“I don’t think we should underestimate this damage that cinemas being shut will do. I don’t think we will immediately bounce back, people will lose the habit” Freedman says, and it is quite realistic.

Even if the coronavirus ceases to be a worldwide concern, people might need a bit of time to get back to their normal routines, to feel completely safe when going in public spaces, but all we can do now is remain patient.

“We will be back, both with the marathons and with the sing-a-longs,” says Freedman.

“If you love us and if you’ve been before, come again, and support us” he says, along with encouraging audiences to “buy tickets, and tell your friends to buy tickets.”

Check out our map of independent cinemas to support as long as they are open: